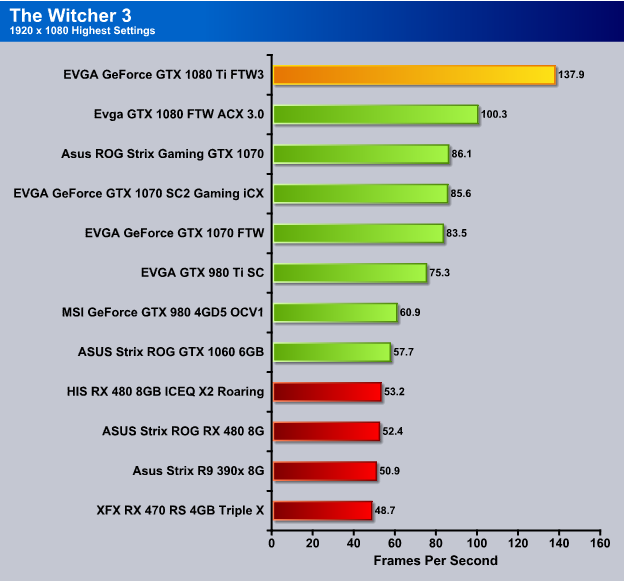 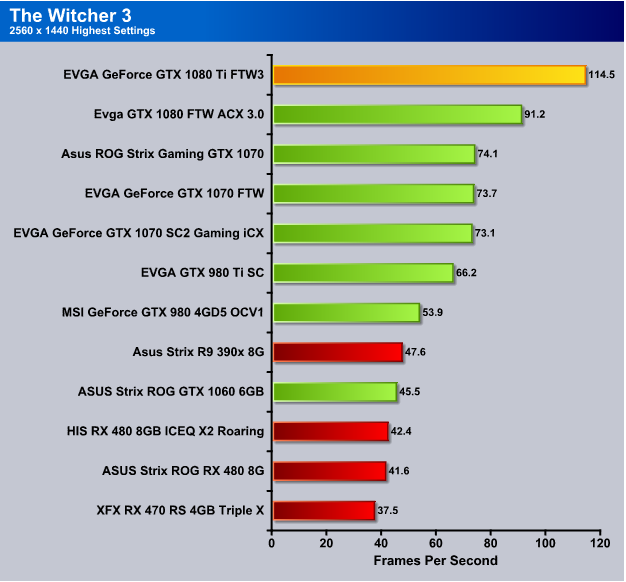 Here at 1440p some of the mainstream video cards struggle but the 1080 Ti just keeps throwing FPS out like it isn’t even struggling and gave us 114.5 FPS. 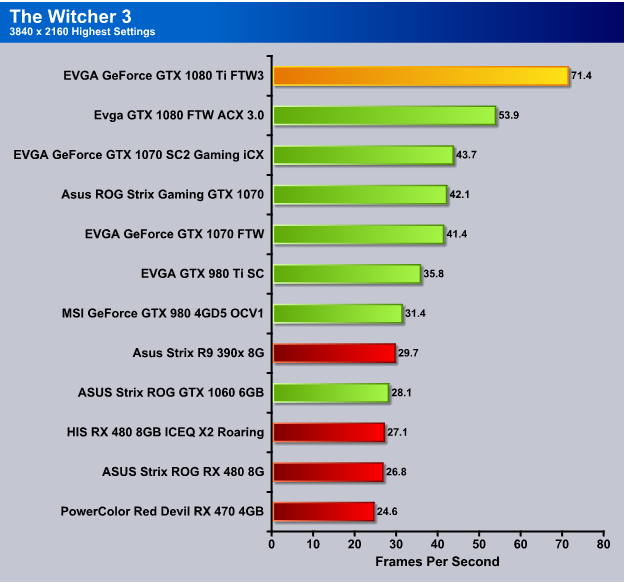 The 4K setting in Witcher 3 the EVGA GeForce GTX 1080 Ti FTW3 shows it’s muscle and gives up 71.4 FPS well ahead of the rest of our video card stack.