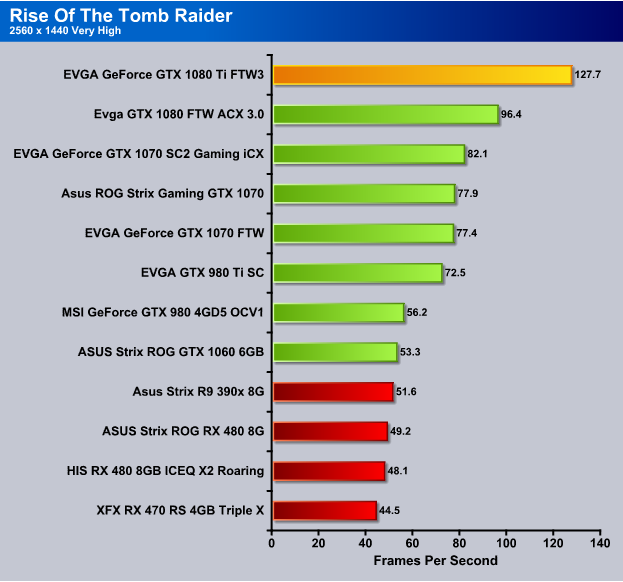 Rise Of The Tomb Raider the GTX 1080 Ti hits 127.7 FPS and Laura Croft flew across the screen while seamless eye candy flowed like water. 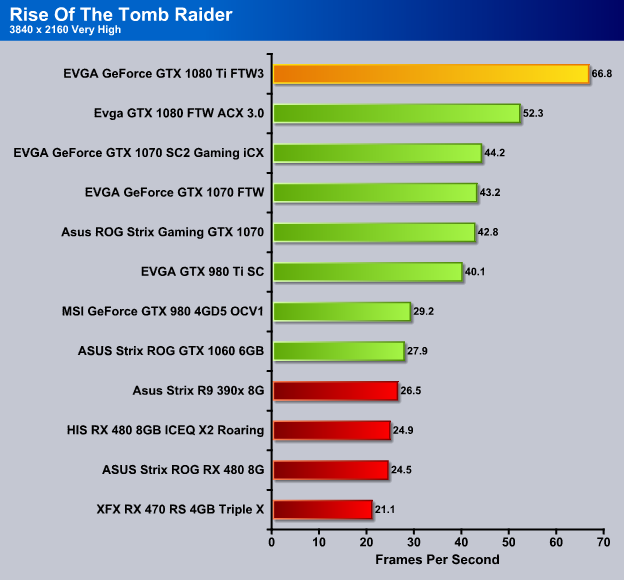 Hitting 4K in Tomb Raider the EVGA GeForce GTX 1080 Ti FTW3 had no problem and pulled 66.8 FPS from the dusty tomb.