One advantage a stationary computer has over a laptop is that you can usually keep upgrading it with new components to keep it usable. Whether it is just adding a faster CPU or GPU or even upgrading the motherboard, there usually is a good upgrade path.

Laptops on the other hand are quite limited in the way they can be upgraded, especially the cheaper ones. That does not mean they are unusable and in today’s article I will show you how to turn your old laptop into a Chromebook using Googles Chrome OS Flex.

Many years ago, I received a very cheap laptop as part of an upgrade to my phone. Basically, it was thrown in as an extra and since I thought there is always use of a laptop I took it and gave it to my dad. He proceeded not really touching it for many years and thus, last year I got it back when he was cleaning up. I quickly realized it was a really old and underpowered (for Windows) laptop so decided to put it away until I could figure out what to do with it. The laptop in question is the Lenovo B575e. It was manufactured in January 2013 making it almost 10 years old now.  This was really a business laptop and the specs are by todays standards anemic:

I have upgraded it with a Samsung 840 SSD to get a bit more speed out of it and Windows 10 works ok on it as long as you do not run to many programs at once.

Still this machine was the perfect candidate to be turned into a Chromebook.

You might have ready about Neverware’s CloudReady which is also based on Chromium OS and which was the go-to solution for creating a Chromebook from a PC/Mac before. Earlier this year Google released Google Chrome Flex which is built on CloudReady and ultimately supercede it. CloudReady installations will be upgraded (or might already have been) to Google Chrome Flex when it exites the Dev channel.

This support page details the differences between the two and some highlights are:

These are the minimum requirements for installing Chrome OS Flex.

I think that CloudReady even worked on computers with 2 GB so it seems they increased the memory requierment a bit.  My laptop has 4 GB Ram (max) and an AMD GPU so hopefully it should ok. It is also made after 2010. But we’ll see. Google has a list over certified models but my laptop was not part of it, only the Lenovo B590 which uses a Intel i3-CPU.

Google asks you to install the Chrome Recovery Utility extension in your Chrome from the Chrome web store. This is really a tool to create recovery media for your Chromebook so I am guessing Google felt it was the best option instead of creating a separate utility.

Step 2 – Boot the machine from the USB-stick.

This will start up the installation process but also allow you to do a “live”-test of the OS before committing and installing it to the drive. The installation it pretty quick and before long you get to log in to your Google account and the computer is done.

I had to install a few more updates after the main installation was done but overall everything went very smooth. The only real complain I have with this upgrade is that the creen still is quite blurry due to the low resolution compared to the larger screen but that has nothing to do with ChromeOS Flex. overall the performance is ok and after log in I had access to all my installed apps. 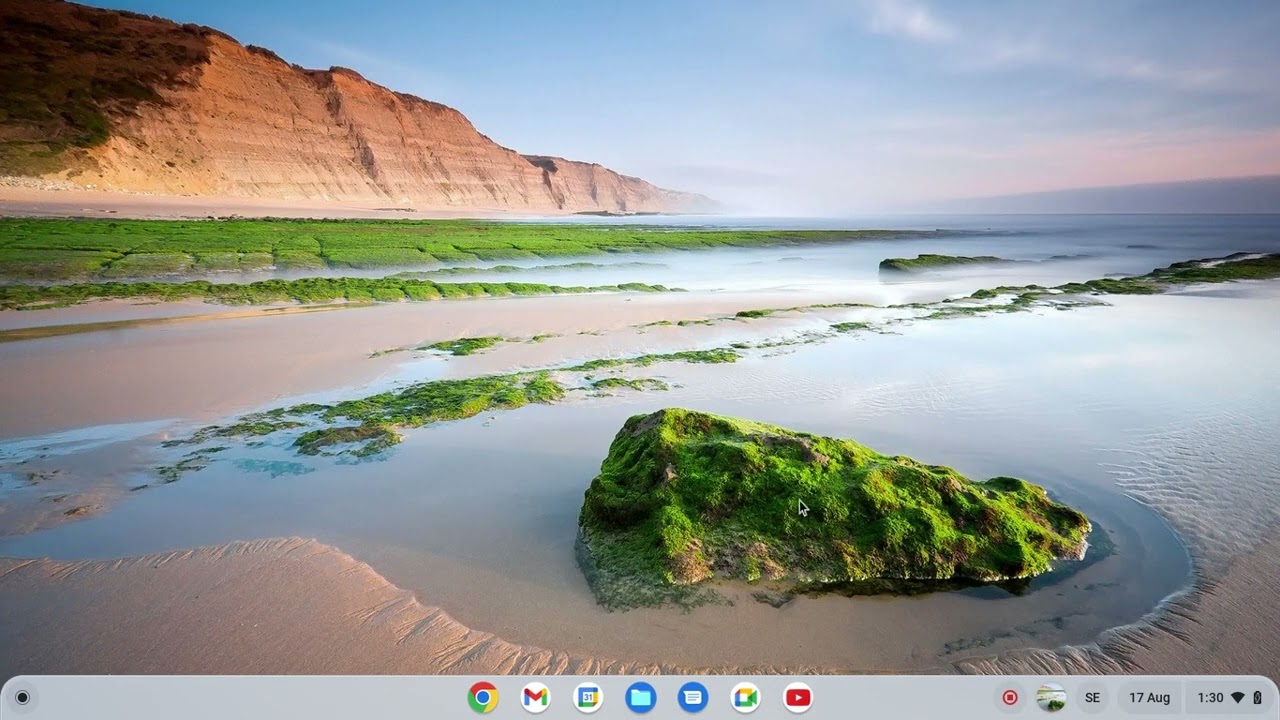 The performance is ok without being great. As you can see from the short video above there are a few times when you have to wait for the computer to load things, for example when bringing up youtube.  For light use it however works fine.

A nice feature I noticed is that when you start the computer you can log in as a guest which basically gives you a separate browser which do not store anything. So if you have visitors who quickly want to check something up on the web they can start you computer, log in as guest and you do not have to worry they see something they should not or that they download stuff to your computer.