There’s just no way to hide it when EVGA puts out a GTX 1080 Ti FTW3 they have unleashed the beast! The EVGA GeForce GTX 1080 Ti FTW3 is so beefy and ankle deep in geeky goodness that just holding one in your hand is an amazing feeling. EVGA really went the distance on this one, ICX cooling, Dual BIOS, 11GB of GDDR5X, RGB, GPU / Memory / PWM Thermal Status Indicator LEDs and backed with an EVGA 3 Year warranty. The core on this beast runs at (Base) 1569MHz and Boost clock of 1683 MHz and packs a whopping 3584 Cuda Cores as opposed to the might GTX 1080 which has 2560 Cuda Cores. That’s a 1024 more thumping cores than the GTX 1080 and we’ve yet to hear anyone complain about the GTX 1080 so the 3584 Cuda cores in the GTX 1080 Ti should make you intoxicated happy!

Which adds up to one seriously butt-kicking graphics card that can handle max eye candy at 4k resolutions and simply sneers at 1440p. 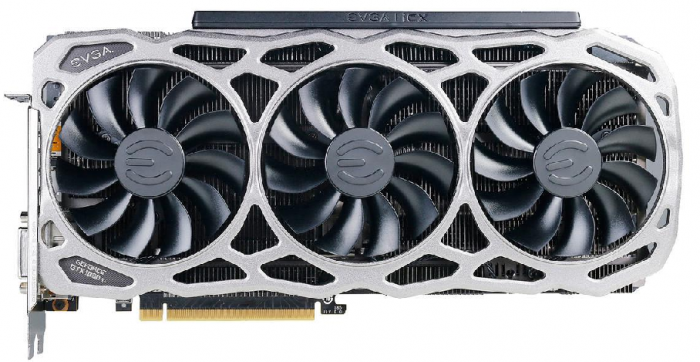 Here’s a comparison table of the different GTX 10XX models: 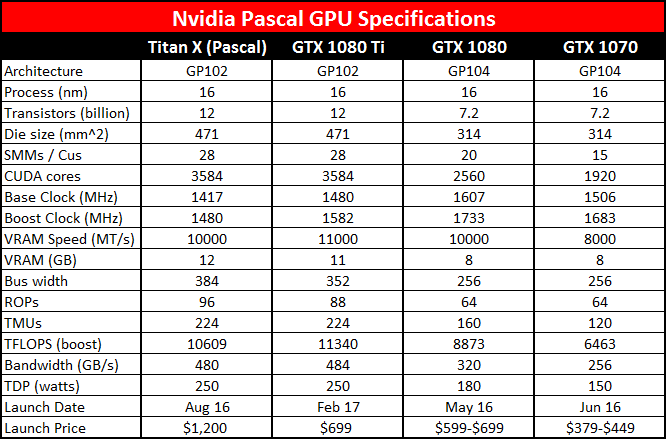 Now as you can see the EVGA GeForce GTX 1080 Ti FTW3 GAMING uses the same GP102-350 core as the Titan XP (GP102-400), same 16nm process, the same number of Cuda Cores and the reference model even has a higher clock speed than the Titan XP. The Titan XP does get a slightly wider Bus coming in at 384 as compared to the 1080 Ti which gets 352 or 32-bit less bus than the Titan XP. The Titan XP has a slightly better Bandwidth and 8 more ROPs. The EVGA GeForce GTX 1080 Ti FTW3 GAMING is essentially a slightly (very slightly) clipped Titan XP and while the Titan XP surely inspires awe the $1200 – $1500 price tag compared to the 1080 Ti’s base price of is a much better deal for home users! When you think about it two 1080 Ti pushing 7168 Cuda Cores at a base price of $1400 – $1500 should outperform a Titan XP easily. SLI limits you to the first video cards memory so you’d be running 11GB of GDDR5X instead of 12 with the Titan XP but pushing a lot more horsepower for not much more money.

Let’s look at this generation Titan (Pascal) vs the last generation (Maxwell) with a 1080 thrown in the mix:

Covered under EVGA’s 3-year warranty which covers parts and labor.
Further warranty extension is available upon registration within 90 days of purchase.