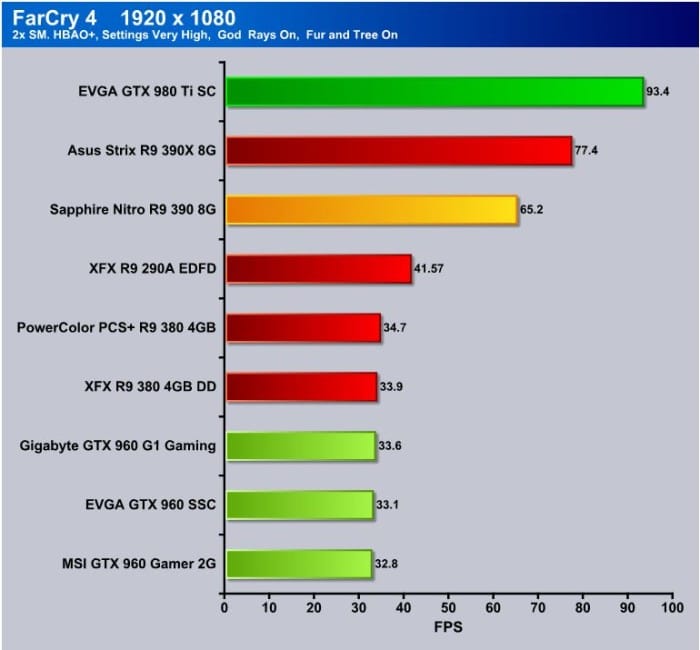 FarCry 4 had a PC lead platform meaning it was designed for PC and even at 1080p it was rough on video cards, our Sapphire Nitro R9 390 pulled 65.2FPS and well into what you need for 3D gameplay. (You need 60 FPS for 3D gameplay, 30 FPS per Eye) 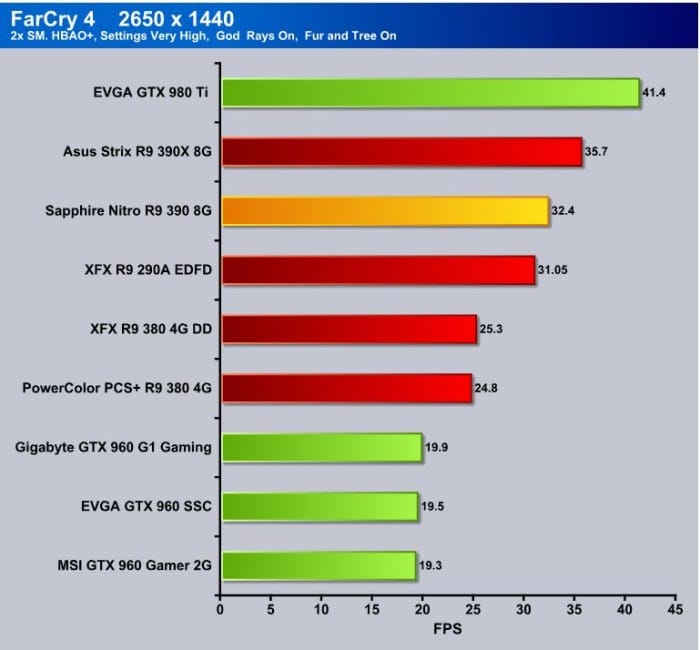 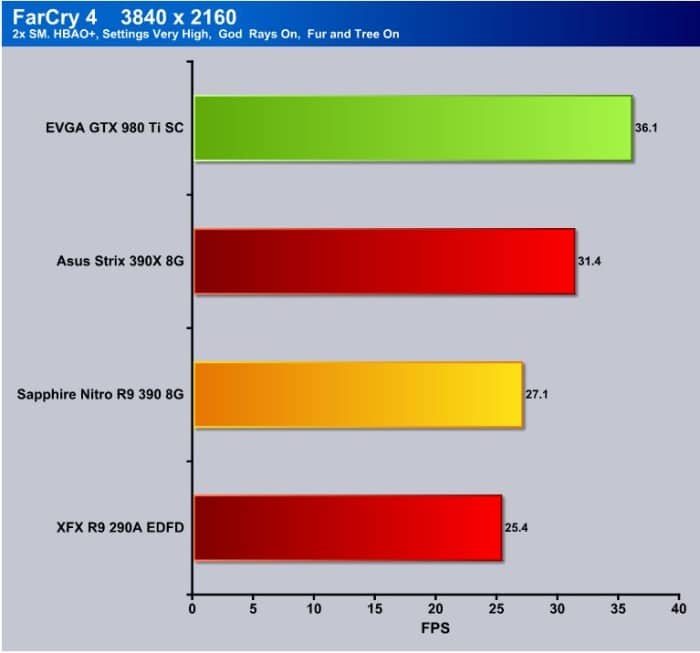 We hit the 4K resolution and the Sapphire Nitro R9 390 hit 27.1FPS and if you toned down the Ultra settings just a hair it would allow you to play FarCry 4 at a mixture of Ultra and High settings with no problem.