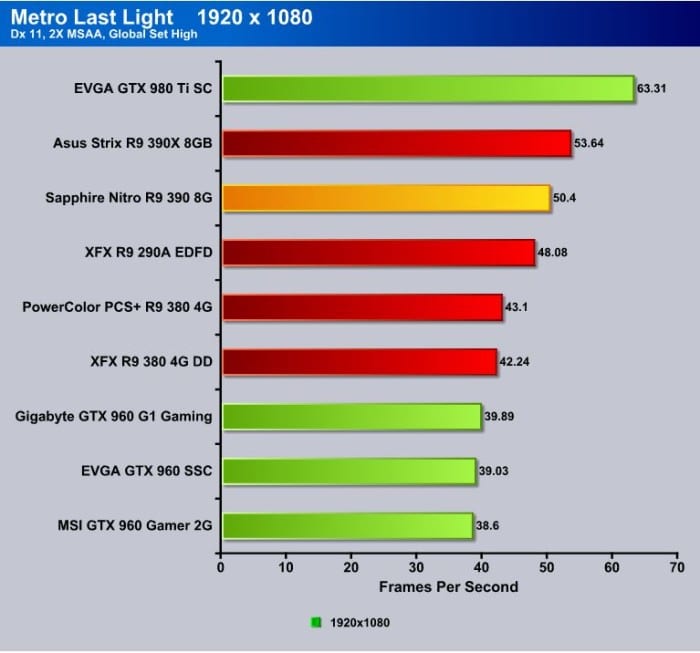 Metro Last Light is one of those “to dark” at times but exciting shooters with just enough searching around in the dark to become a little annoying, The graphical details of Metro are exquisite and provide a challenge for many video cards. Our Sapphire Nitro R9 390 ran 50.4FPS at 1080p so we are good to go at this resolution. 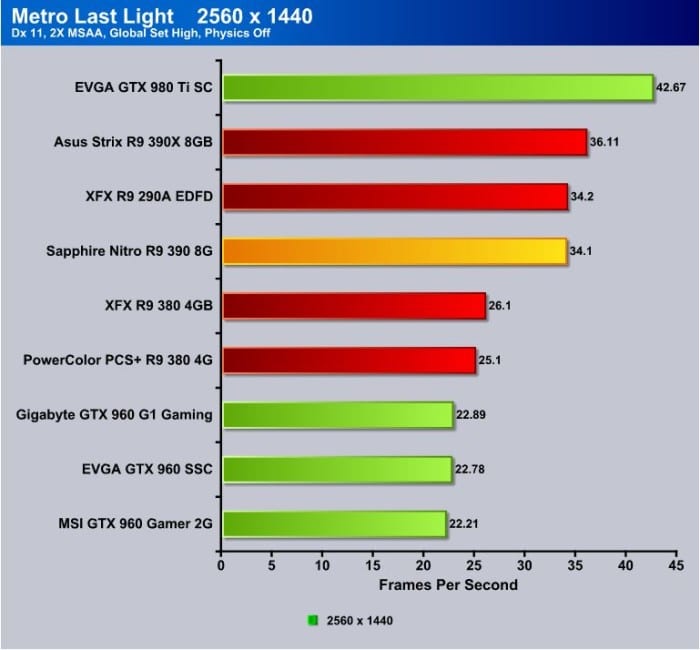