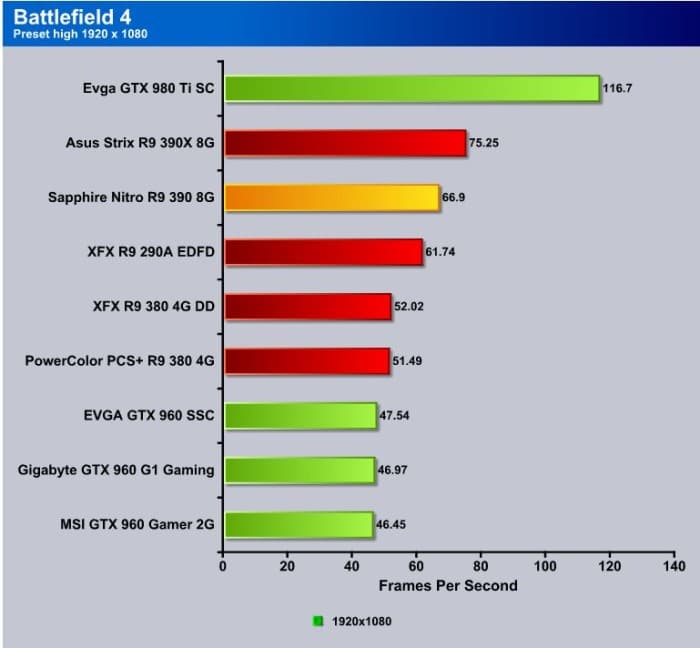 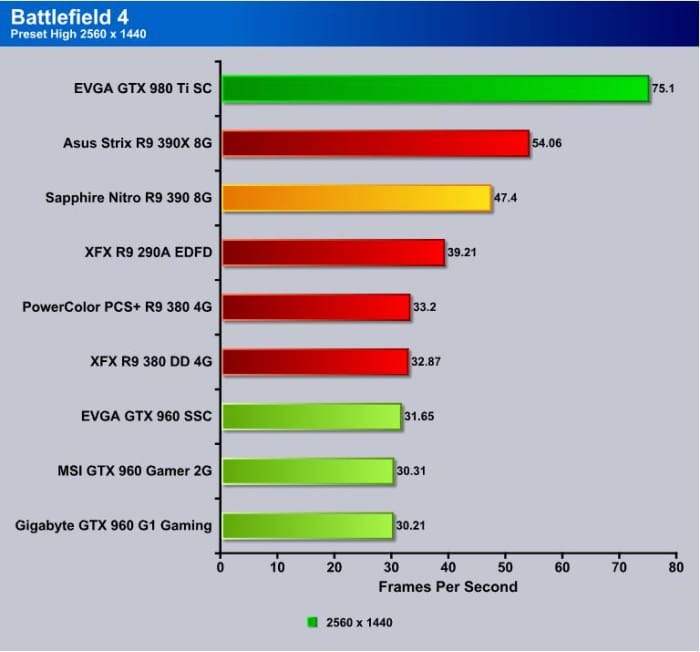 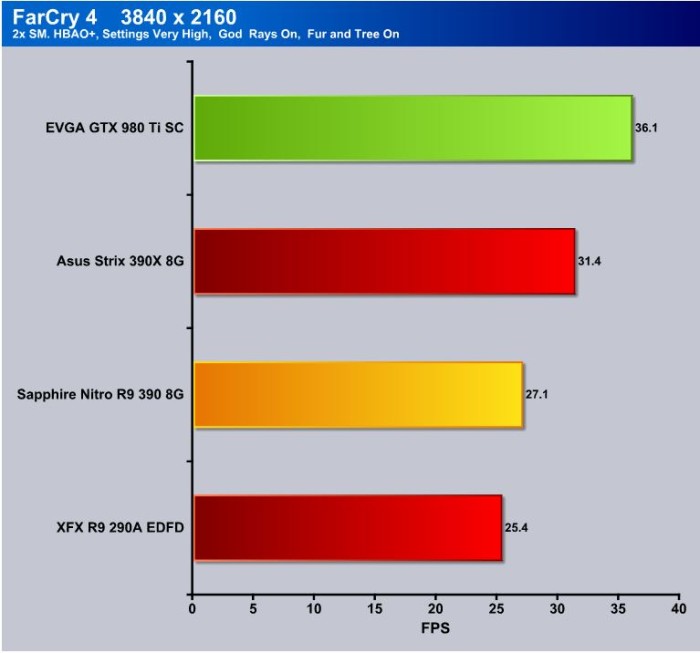 Battlefield 4 at 2160p shows the cut of the rug and the Asus Strix R9 390 pulled playable FPS and everything below that failed to hit 30FPS and resulted is graphics that were a little choppy.