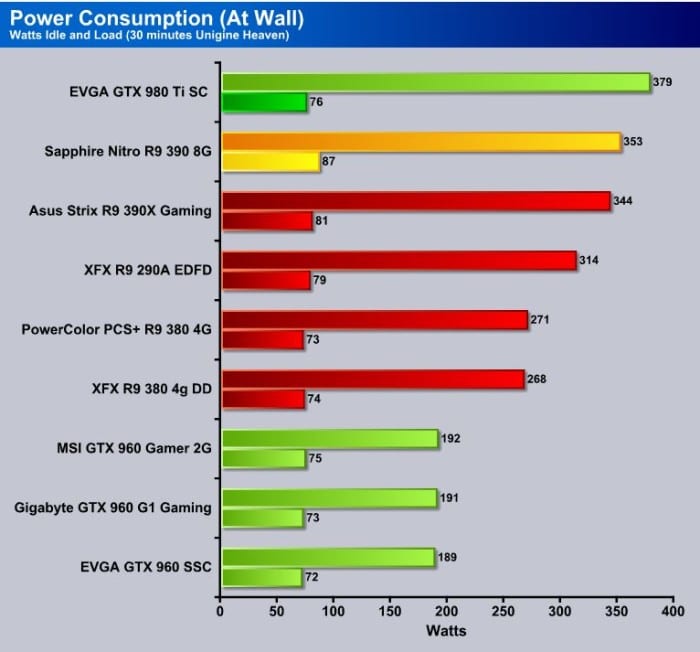 With a Faster core and faster memory we expected the Sapphire Nitro R9 390 to pull a few more watts from the wall and at idle we hit 87W and load took us to 353W.

For Thermal readings I load and run Unigine Heaven for 30 minutes then read the thermal load, Cool the machine down for 30 minutes at an idle then read the Idle temperatures. I repeat that same process three times then average the three runs and report those scores. An eye is kept out for anomalous runs, if an anomaly occurs I shut the machine down let it cool off, reboot and rerun the test. 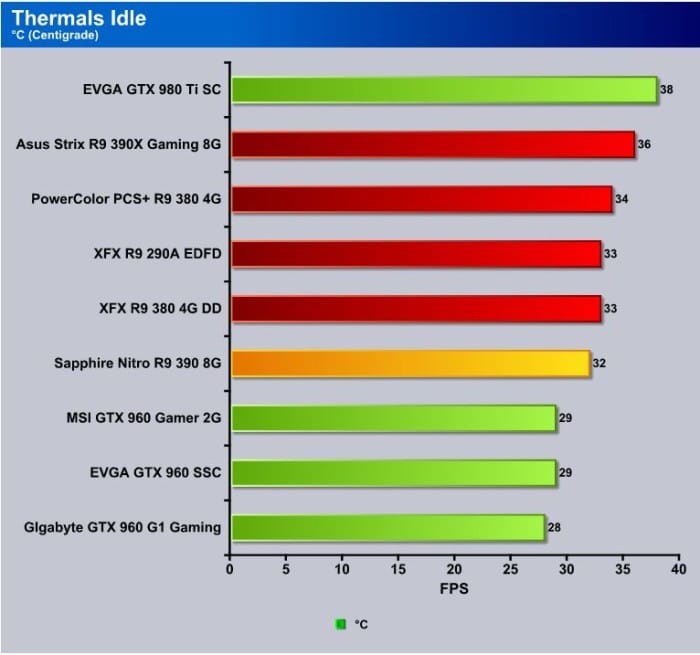 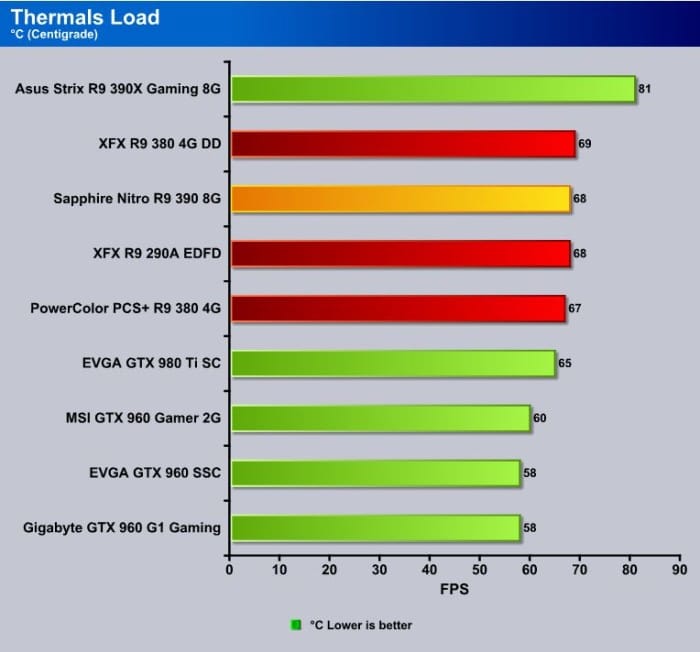 We aren’t really known for running a quiet test rig and you push the CPU to full usage overclocked to 4.4GHz and you get some noise with our setup. 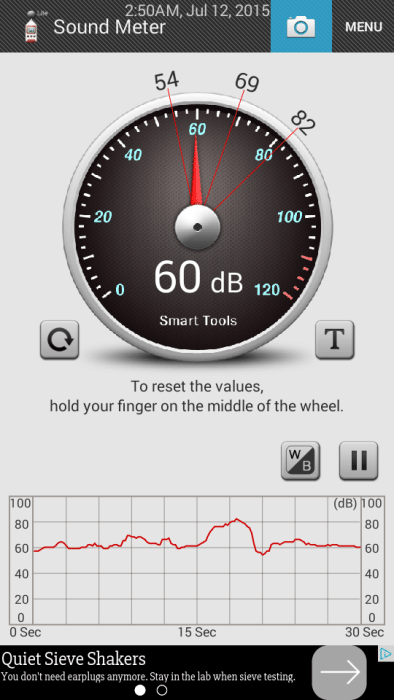 Here’s the stock GPU-Z Shot showing the core is primed to run at a 10MHz factory OC and memory running at 1500MHz real 6000MHz effective. GPU-Z hasn’t caught up with the Grenada renaming so it sees it as a Hawaii GPU but since it plainly states it’s an R9 390 we know that it’s a Grenada core and DirectX 12 ready. 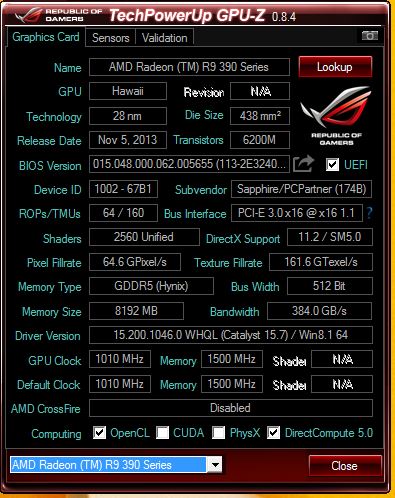 Our Stock shot of GPU-Z shows that everything is in order and we have a true R9 390 but like most utilities GPU-Z is still reading it as a Hawaii Core and since it’s an R9 390 it sports the Grenada core. 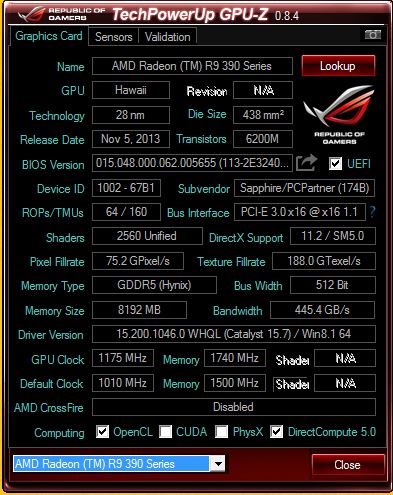 Here’s our best stable OC which is darn good for an R9 390 and we hit 1175 on the core and 1740 on the memory. This isn’t one of those pretty we didn’t benchmark it shots, this is an entirely stable benchable and playable OC.

Here’s one of out Stock Clock FireStrike runs and GPU score hits 12147 on stock clocks s lets take a look at the OC’d score.

With our sweet OC we got a graphics score of 13983 considerably better than the stock score of 12147 so lets look at it on a chart. 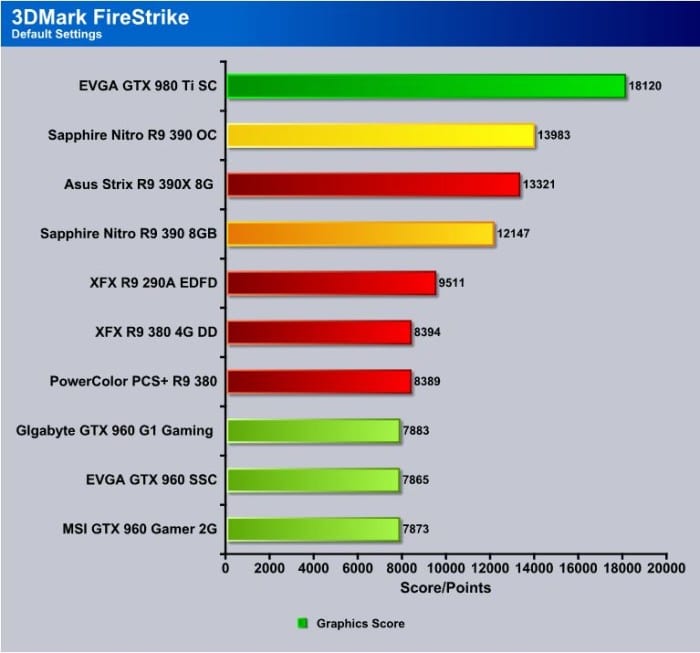