In our humble opinion the current state of gaming and GPU’s just aren’t ready for 2160p, televisions might be ready but GPU’s and 4K resolutions the industry hardware just isn’t up to the task. What’s sad is that monitor manufactures will push 2160p which has 4x the pixels of 1080p and in order for current GPU’s to handle that resolution game settings will have to be lowered in most cases. Since there are 2160p Monitors GPU developers will push the envelope to accommodate the massive amount of pixels and monstrously powerful GPUs with ungodly prices will spring up. 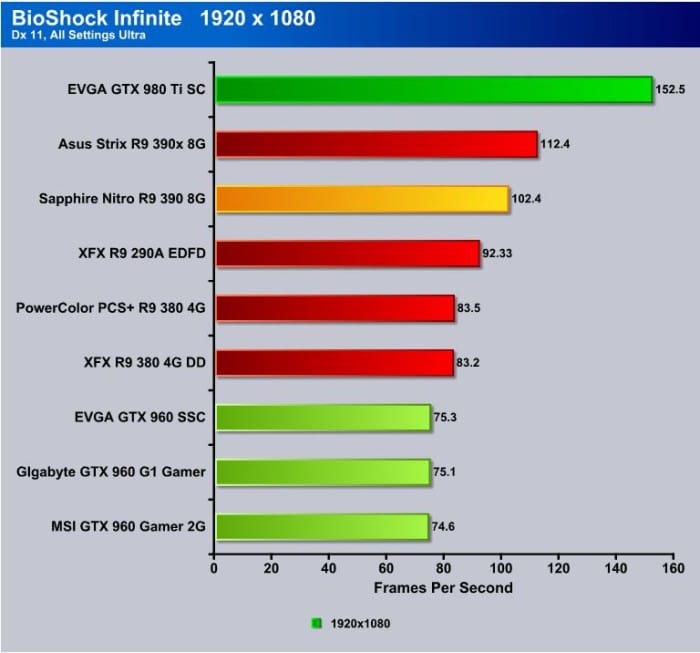 At 1080P the Sapphire R9 390 ran 102.4FPS and Bioshock isn’t really hard for GPU’s to run but it scales well and shows the differences in FPS a little better than the GPU grinder games some of which are just bad console ports to the PC platform. 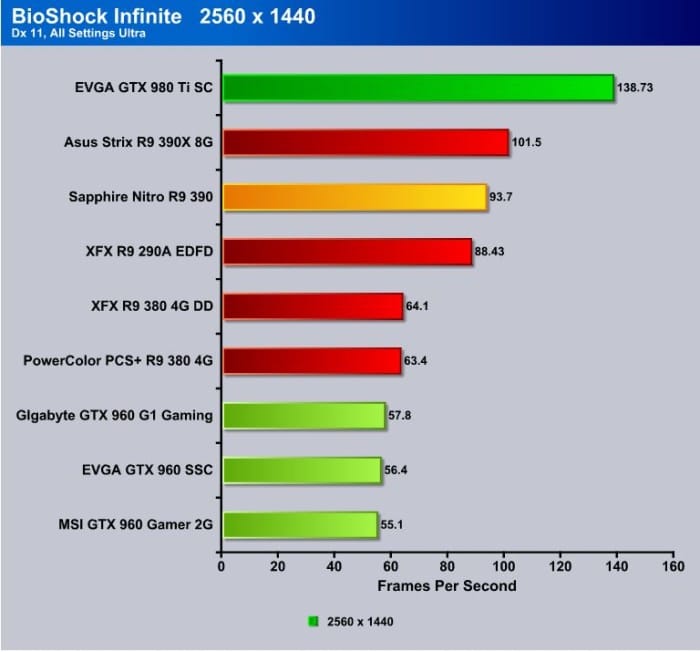 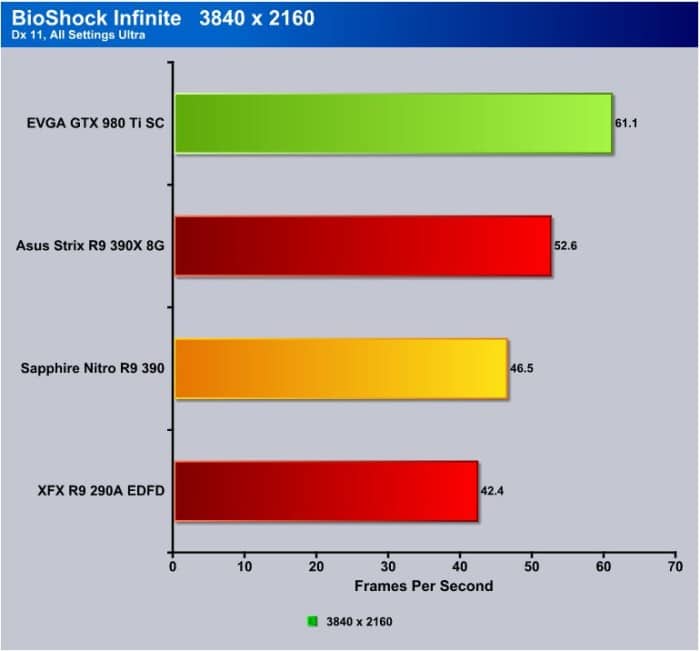 BioShock is one of the few games you can run the 4K resolution with ultra Graphical settings and still get single GPU scores in the playable FPS range. The Sapphire Nitro R9 390 ran a 46.5FPS and falls into the rock solid steady FPS range the human eye needs for good quality video, we consider 30 FPS adequate for the human eye.