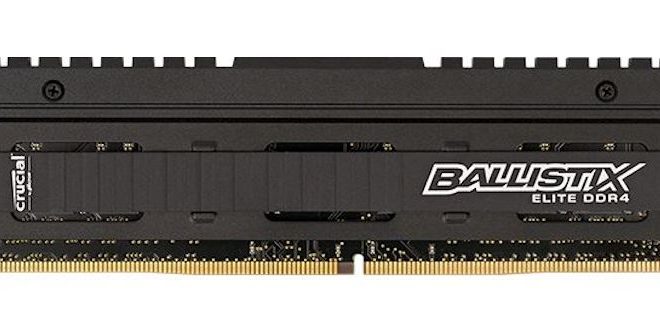 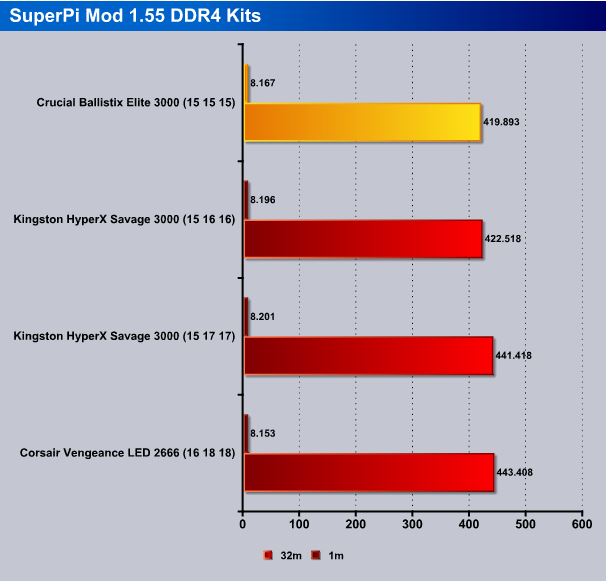 MAXON CINEBENCH runs several tests on your computer to measure the performance of the main processor and the graphics card under real world circumstances. The benchmark application makes use of up to 16 CPUs or CPU cores and is available for Windows (32-bit and 64-Bit) and Macintosh (PPC and Intel-based).” 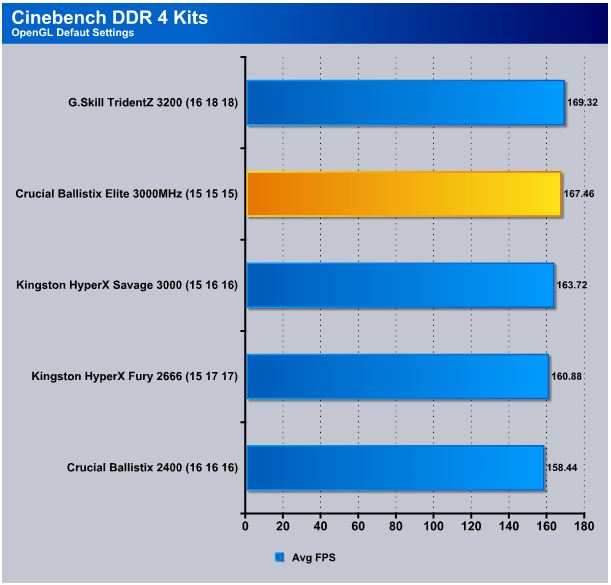 Cinebench is a long time standard for testing CPU’s, Graphics cards and as it turns out memory kits and the Crucial kit turned out an impressive 167.46FPS but fell to second behind the TridentZ kit.

Crucial Ballistix Elite 3000MHz
User Rating: Be the first one !