Samsung shipped the world’s first 3D NAND SSD in 2013 and has enjoyed great success with drives such as the 850 Pro, 950 Pro, and 850 Evo that all come packed with 3D V-NAND and deliver exceptional performance. It’s amazing how Samsung has been able to dominate the market over the last few years as the sole manufacturer of 3D NAND drives. Well, not anymore, as the competition is getting fierce now that Micron has entered the ring with the Crucial MX300 that also packed with the 3D NAND. Soon, we expect other manufacturers to follow with their own taste of SSDs with 3D NAND. 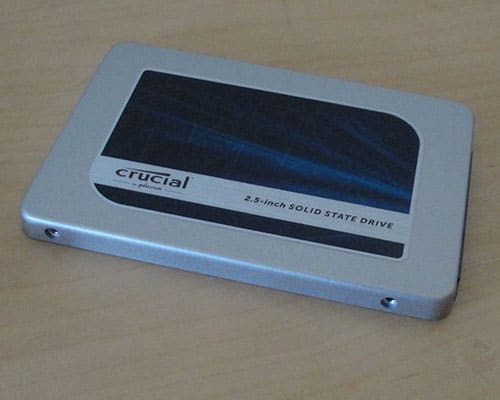 As expected, Marvell returns as the controller for the drive. However, the MX300 gets the upgraded Marvell 88SS1074 controller. The drive continues with the same features that is found on the MX200 such as Dynamic Write Acceleration, where pseudo-SLC cache is being used to improve on the drive’s write performance. Additionally, the drive also support Crucial exclusive Data Defense to prevent files from becoming corrupted and Adaptive Thermal Protection to keep systems cool. The partial power loss protection and RAIN technology are also found on the MX300. The Crucial Storage Executive software has been updated to support the drive that let users monitor drive’s health and performs firmware update.

For security, the drive supports all modern encryption standards. Not only that it supports AES 256-bit encryption, something that even some mainstream SSDs such as the OCZ Trion 150 lacks, it also supports eDrive, IEEE-1667, and TCG Opal 2.0. This puts the MX300 in the same position as the Samsung’s 850 Evo in terms of security support.

The MX300 continues to ship in the same cardboard box that is easy to open. Crucial again provides users with a 7mm to 9.5mm spacer and a copy of Acronis True Image HD via a provided license key and download link.

A quick comparison of the performance and we can see that with the exception of the 275GB, the rest of the family line up has pretty much the same performance rating. This makes sense as Crucial’s rating for the larger capacity models is based on the 525GB model. The maximum sequential read and write performance rating is 530 MB/s and 510 MB/s (530MB/s and 500MB/s for the 275GB) respectively. The random read of the top capacity drives are rated at 92K IOPS whereas the 275GB is rated at 55K IOPS. Interestingly, the random write is rated at 83K IOPS across the drive. 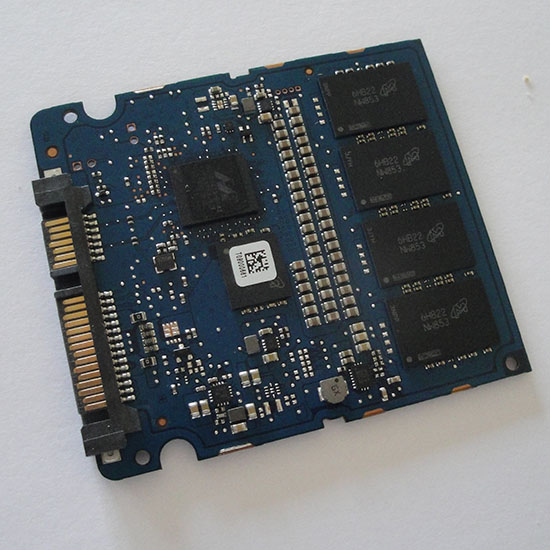 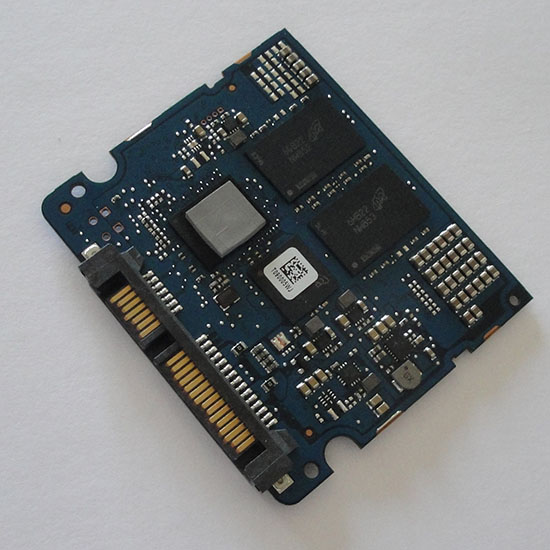 For the 525GB, Crucial outfitted it with 4 NAND packages (part number6HB22 NW853). The Micron 3D TLC NAND flash is a 32-layer 384 Gbit (48GB) die, means that the drive has 3 die per package for total of 576GB, a bit odd configuration as we are used to see multiple of twos. Crucial rated the drive as 525GB so this works out with 51GB of space reserved for over-provision, or a little less than 10%. The 1TB drive uses the same NAND package, so we get twice as many NAND package, ie 8. Again, about 10% of space has been reserved for over-provision.

Since the higher capacity drives all have the same rating, we can see that the 525GB and the 1TB drive has 3 dies per package while the 750GB uses two dies per package. The 750GB it outfitted with 8 package for a total of 16 dies whereas the 525GB drive comes with 12 dies (4 packages) and the 1TB has 24 dies (8 packages).The Marvell 88SS1074 controller on the MX300 is a 4 channel with up to 8 device per channel, so any of the drive above has maximized the available channel. However, we do expect the additional dies on the 750GB and the 1TB drives would offer additional performances.

The endurance rating for the 3D NAND has been reduced compare to the planar  as the Intel and Micron’s TLC 3D NAND has a rated 1500 LDPC/500 GCH P/E cycle. Still, Crucial rated the drive with endurance rating of 120GB per day for 5 years, which works out to be total of 220TB write. This should be plenty for the lifespan of the drive. The drive is backed with 3 year warranty, pretty standard for the mainstream drive.