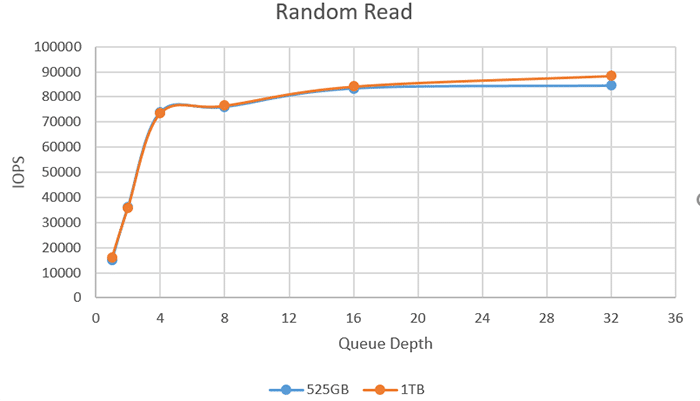 The MX300 hits the theoretical 92K IOPS at around queue depth of 16, a bit slower than what we would like to see since most desktop workloads are low queue depth. However, the drive manages to yield 80K IOPS at queue depth of 4 so even if it failed to reach the maximum IOPS, it is at least able to deliver good performance at low queue. 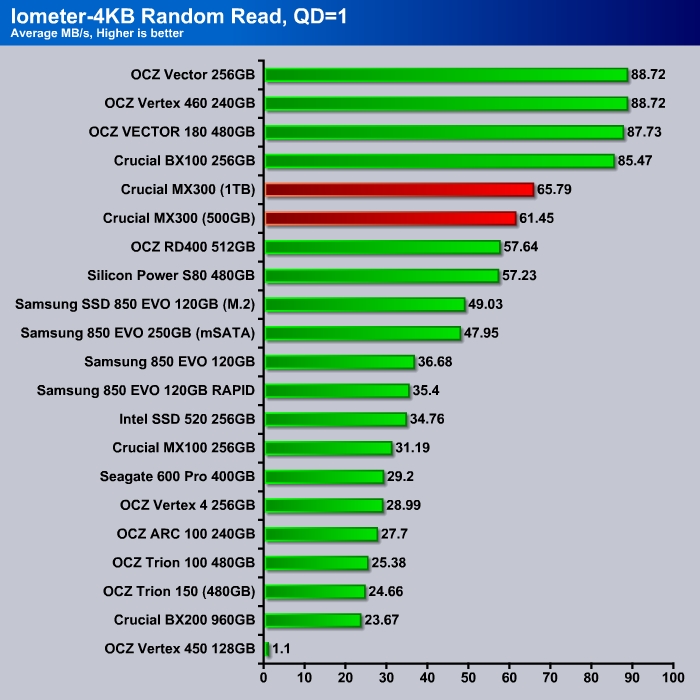 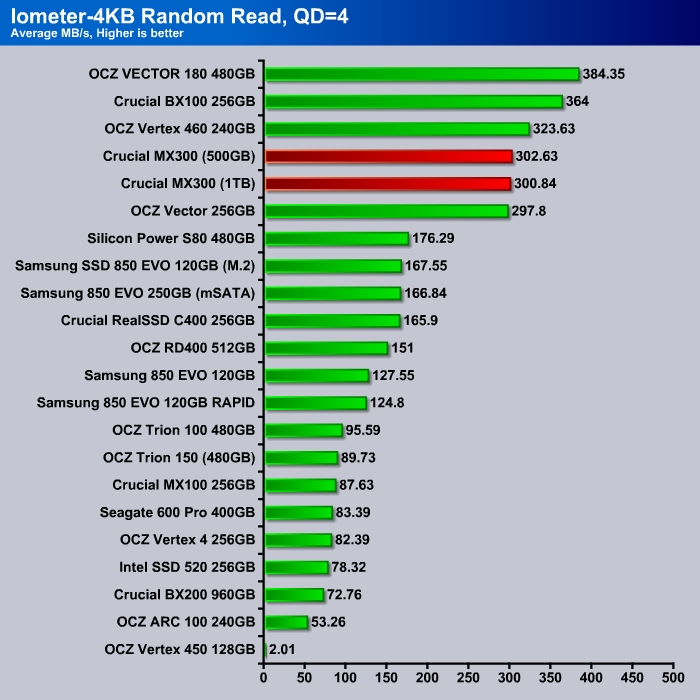 At queue depth of 1, the 1TB manages to edge out the 525GB drive by 7%. However, at typical desktop workloads of queue depth of 4, we can see the two drives performs essentially neck and neck. While, the MX300 performance is good compare to other current mainstream drives, it actually performs a bit slower than older planar drive like the BX100. 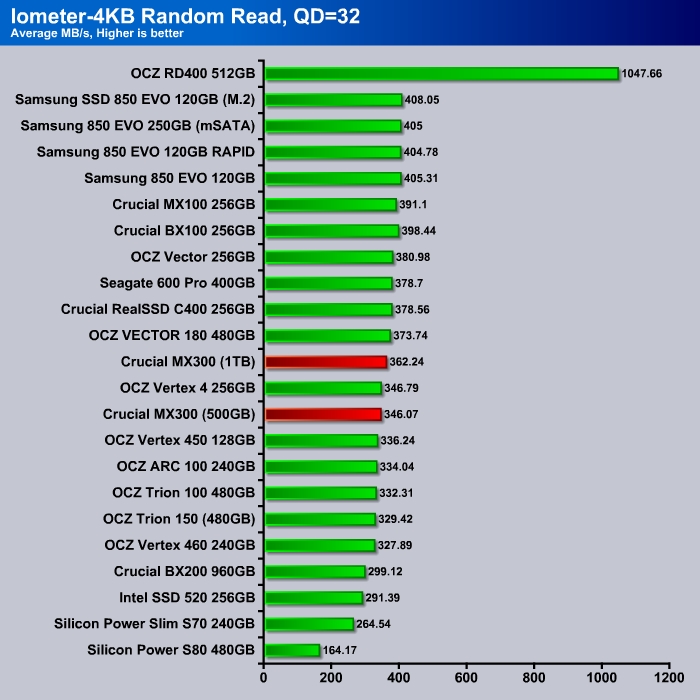 At the queue depth of 32, the MX300 landed middle of the pack. Here the drive is clearly not as fast as most of the high performance drive like the OCZ Vector 180 or the Samsung 850 Evo. Again, the older Crucial drive manages to out-performs the MX300 by about 10%. There is a slight higher throughput for the 1TB over the 525GB but the difference is quite small. 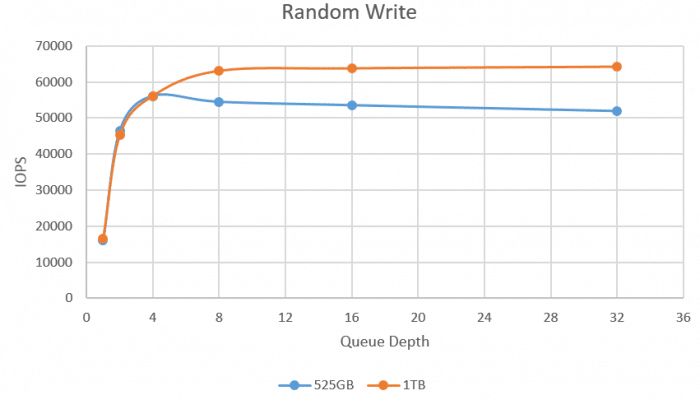 There is a sharp increase in the random write speed as we increase the queue depth from 1 to 4 but then the drives reached a plateau at around queue depth of 8. Despite both the 525GB and the 1TB drives have the same rating for the random write, we can see the 1TB gets a higher IOPS indicating that the additional NAND die on the drive helps out here with the pseudo-caching. Notice that the drives dip a little bit at queue depth of 32, indicating that the drive has maximized all available SLC for pseudo-caching. 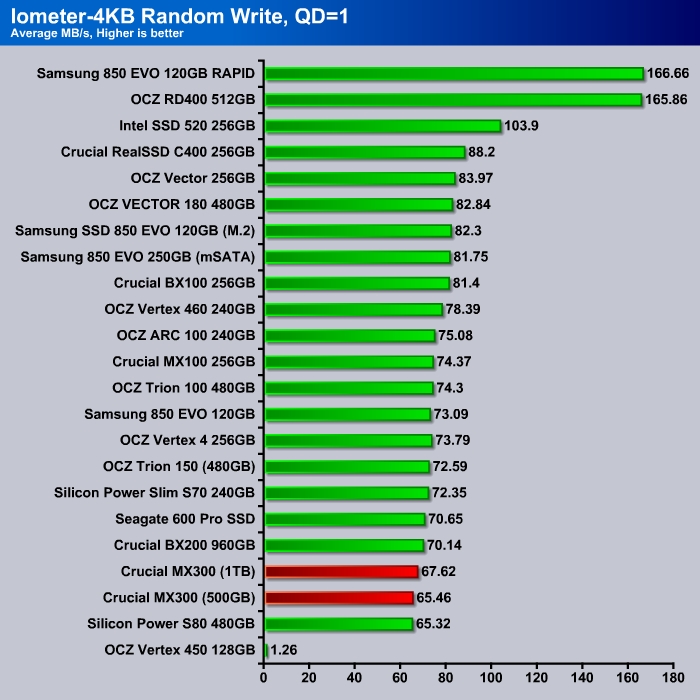 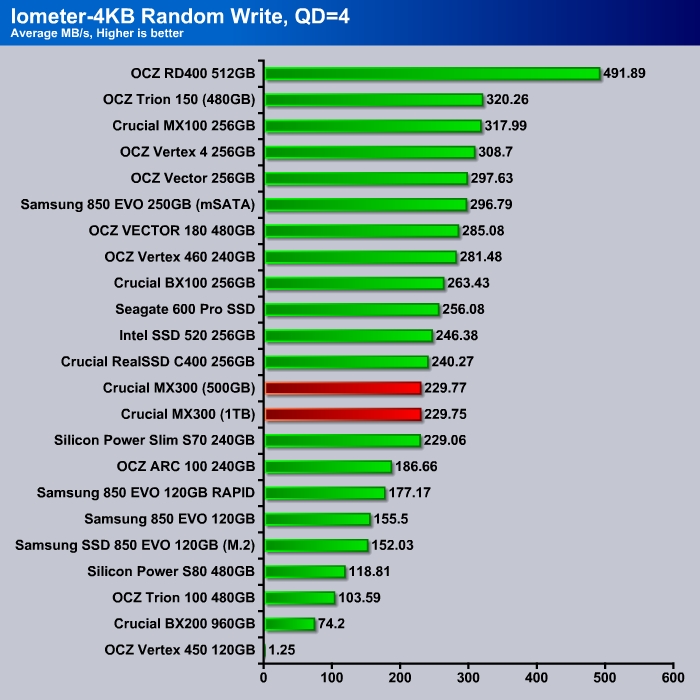 While the random read for the MX300 is comparable to the competitor, its random write unfortunately is a tad slower. The older BX100 again manages to out-performs the newer drive. The MX300’s performance at queue depth of 1 is the lowest among the drives we have tested; while at the typical desktop queue depth of 4, it is able to at least deliver comparable performance against other midrange drives. Clearly Crucial still has some fine-tuning needed to bring the performance of the 3D NAND to the same or better result than its planar drives.

One thing to note here is that the typical desktop workload of queue depth of 4, the 525GB and the 1TB drive essentially performs identical, so it is at least nice to that regardless of which drive capacity you choose, you would get consistent performance in the write. 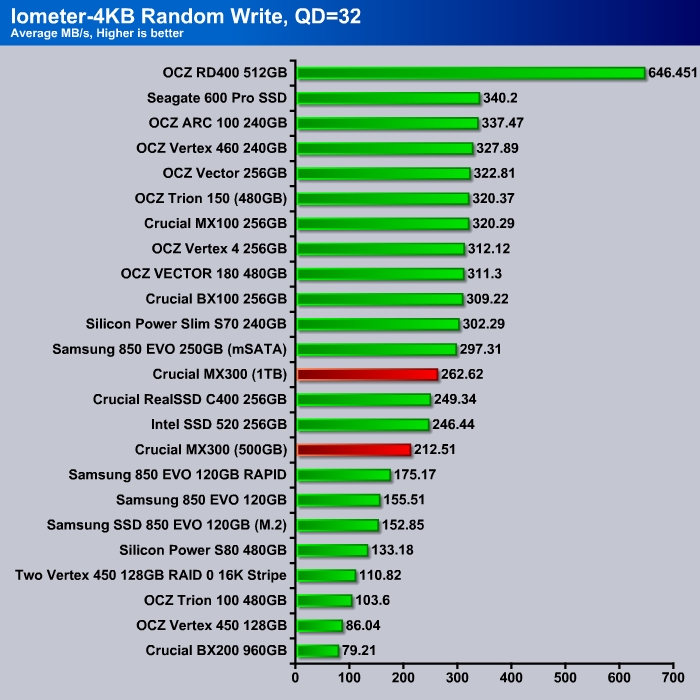 At higher queue depth of 32, however, the 1TB benefit with its additional NAND die for higher parallelism where it is able to yield 25% improvement. 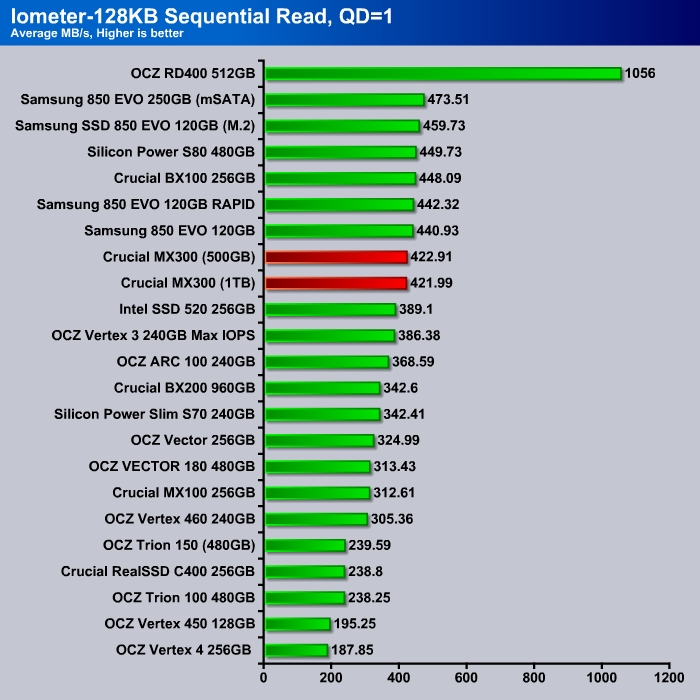 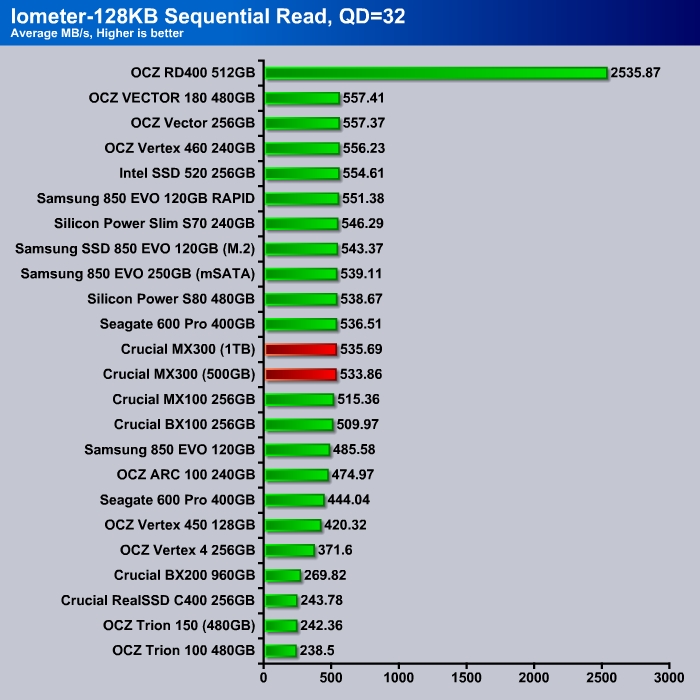 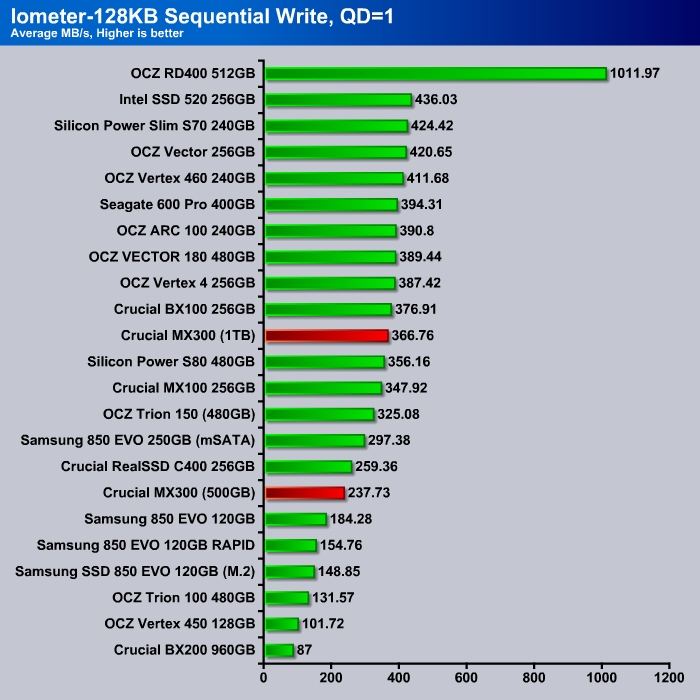 Low queue sequential write is where we see the biggest performance difference between the two capacity drives. Here the 1TB drive manages to yield 366 MB/s while the 525GB yields 237MB/s. The additional performance improvement is probably due to the additional NAND died available on our 1TB drive due to the Dynamic Write technology. The 525GB is not only lagging behind the MLC based drive but also is a bit slower than the OCZ Trion 150 that uses planar TLC NAND. 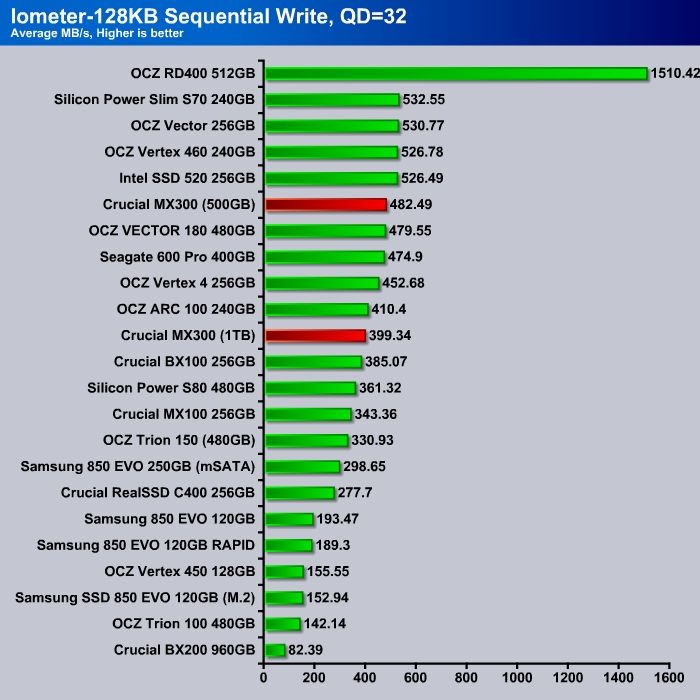 This is interesting, higher queue sequential write for the 525GB is good with 482 MB/s though the 1TB drive took a beating and scored 399 MB/s.