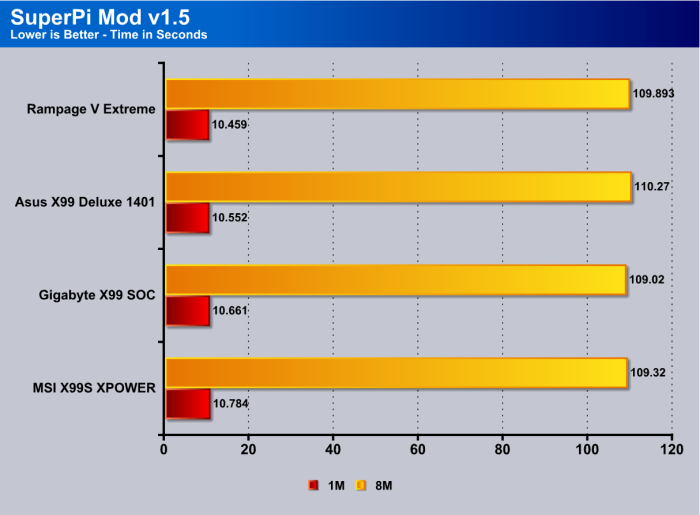 The Gigabyte X99 SOC came in third position on this chart but realistically the differences in the scores were so small you can’t call a definitive winner. You find that a lot with the unified chip set required to run Intel CPU’s, it’s much more standardized now than in the past. Features are what set motherboards apart and the Gigabyte SOC has plenty of features. 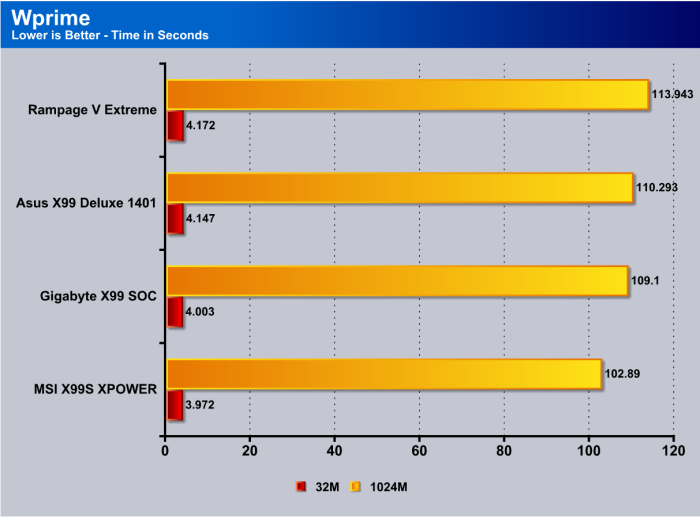 The Gigabyte X99 SOC came in third spot here and ran 4 seconds behind the Rampage Extreme and 1 second behind the Asus X99 Deluxe, again very little variation in scores and we can expect that with the rigid testing parameters we use. People don’t realize just making run to run unless you clear your cache and clear pre-fetch scores can be skewed. Something as simple as leaving drive indexing turned on can skew a score if it decides to index during a test.