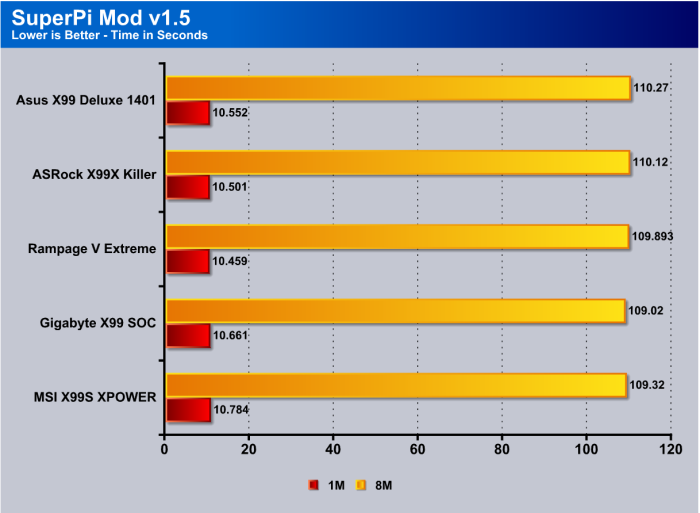 SuperPi is a benchmark that the winner in any bunch is usually determined by fractions of a second. The Asus Rampage V beat the ASRock Fatal1ty X999X Killer by 0.15 seconds on the 8M test and less than that on the 1M test. While a win is a win how much of a win is it when the winning board cost 2x as much as the second place board? 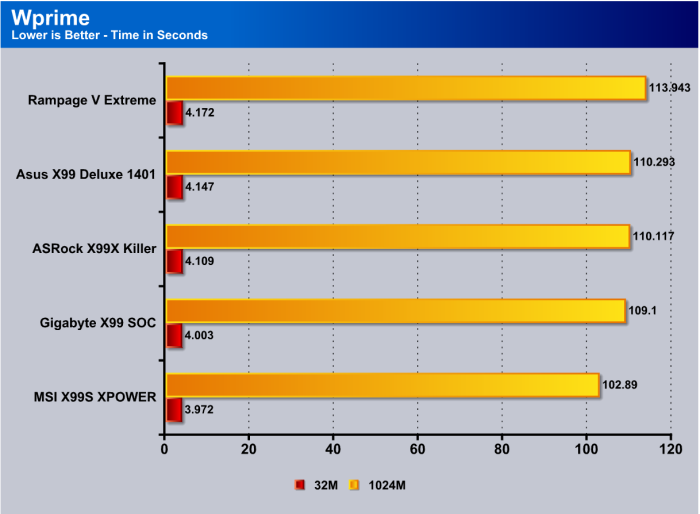