We aren’t strangers when it comes to ASRock products. For many years ASRock has represented high quality lower cost computer products that refuse to skimp on quality or performance. In our experience with ASRock you pick up one of their higher end boards and get looking at all the features included and wonder how they fit all that on a board at that price. Everything X99 is expensive, probably artificially inflated a bit by the “Enthusiast” label placed on it by Intel. ASRock deflates the prices a bit without letting quality or features slip. Performance wise ASRock gives no quarter to its competitors and will stand up against and compete head to head with any manufacturer out there.

ASRock Inc. is established in 2002, specialized in the field of motherboards. ASRock strives to build up its own brand. With the 3C design concept, “Creativity, Consideration, Cost-effectiveness”, the company explores the limit of motherboards manufacturing while paying attention on the eco issue at the same time, developing products with the consideration of eco-friendly concept.

ASRock has been growing fast and become world third largest motherboard brand with headquarter in Taipei, Taiwan and branches in Europe and the USA. The young and vibrant company targets from mainstream to enthusiast MB segments for different kinds of users, owning reputation around the world market with its reliability and proficiency. 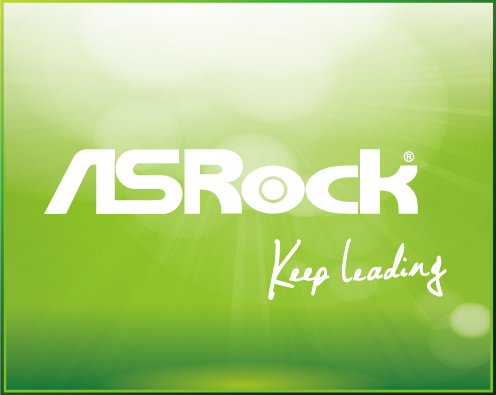 As noted above ASRock is one of the Top Three motherboard manufacturers in the world today. Back when ASRock was a well-kept secret I was using ASRock Motherboard/CPU combos to make extra money during slack periods. Pop a set of memory on one toss it in a no frills chassis that included a 425w power supply and sell them all day long at 400 and pocket a hundred for my time. After a few years of doing that I noticed none of the motherboards were failing and were slowly gaining OCing features. Having watched them since the Athlon XP 2400 single core AMD CPU was popular I know how far they have come and ASRock has been a staple in my computer building adventures for as long as they have been in existence.

Now looking at how far ASRock has moved in becoming one of the top three manufacturers worldwide and holding the ASRock Fatal1ty in my hands I can see that they have come far enough to surprise a seasoned hardware veteran like me. From the XXL Aluminum Ally heatsinks to the heat pipe passively evening the heat loads to the Nichicon 12K Platinum Caps everything on this board screams two things, Quality and Overclock. Just a small spoiler, just for fun as soon as I got the board installed and the dual Radiator Thermaltake Water 2.0 hooked up I fired up the board and as soon as the OS was loaded I kicked on F-Stream Easy OC and one reboot later I was already at 4.2GHz stable and running. We are talking about a 900MHz OC with no effort other than clicking a button. If that doesn’t send you into Nerd Love you need to burn your Official Nerd Card and sprinkle the ashes over your neglected computer. 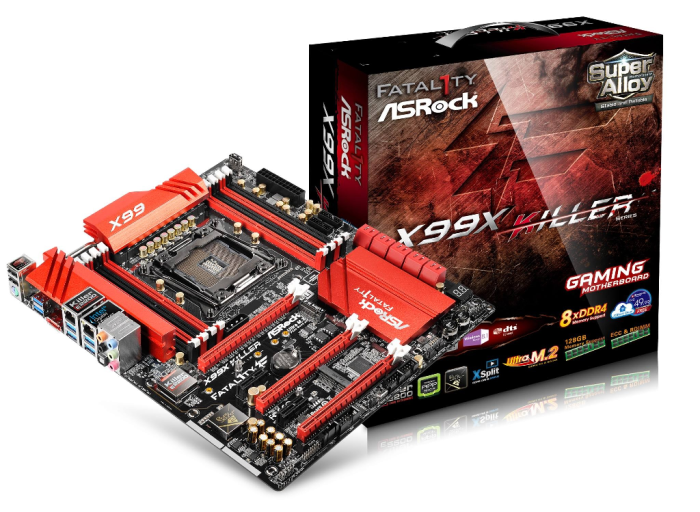 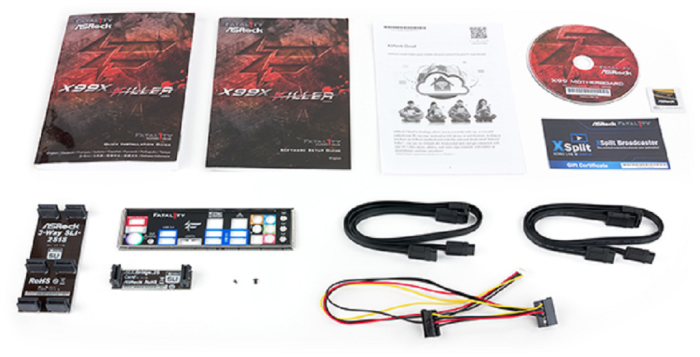 Here’s a peek at the bundle:

As you can see the accessories included are enough for the average end-user to get started with and considering the $284 Dollar (NewEgg) price tag quite generous.