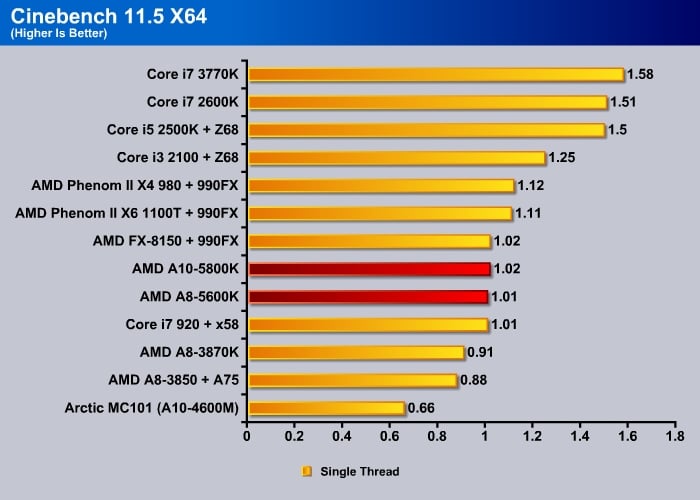 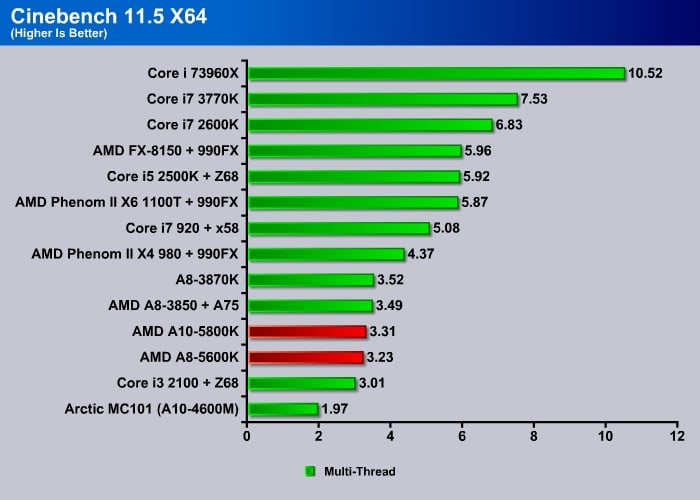 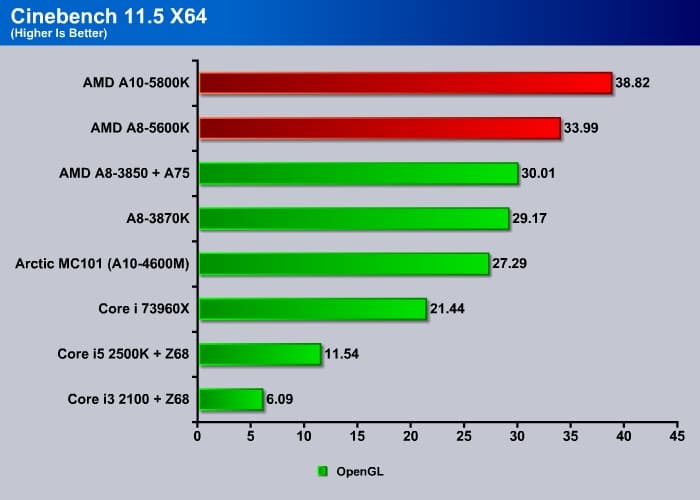 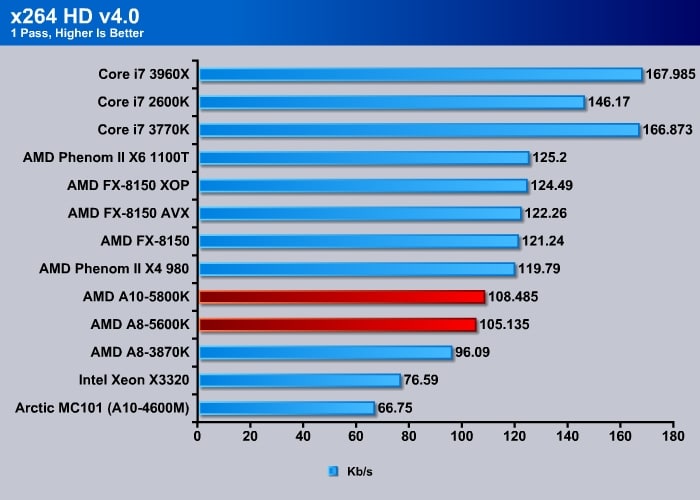 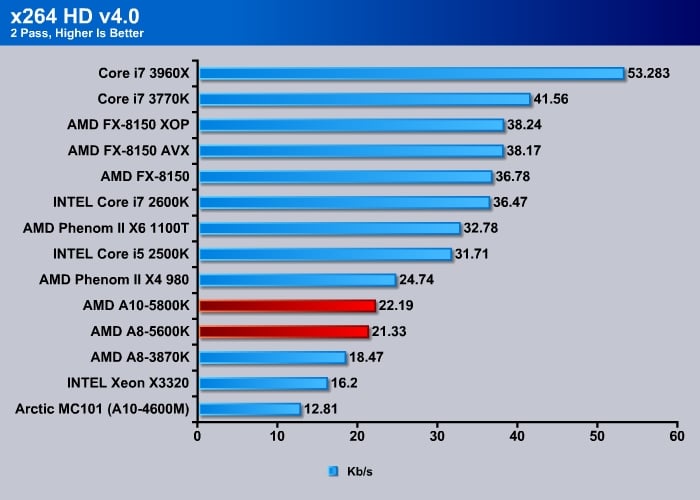 When comes to media transcoding, Trinity is about 10-20% faster with the x264 benchmark. The x264 benchmark do not yet support the dedicated hardware encoder so the performance here shows us only the CPU side. 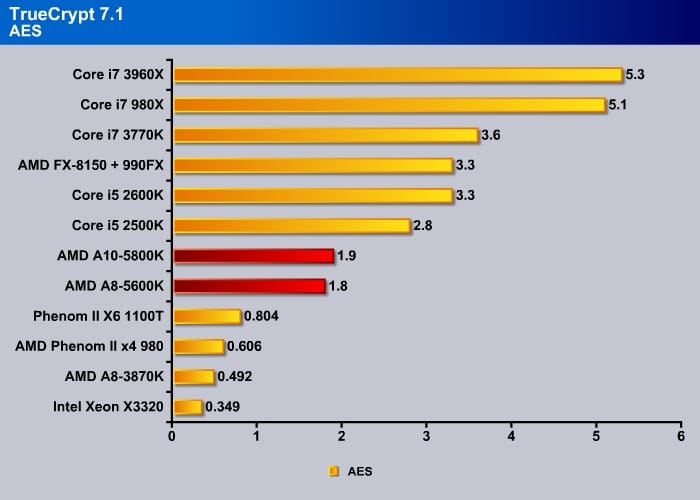 We are glad to see that AMD did not cripple Trinity like Intel did with the Core i3 when it comes to hardware-assisted AES support. Granted, AMD’s implementation is still not on par with the Intel’s offering, but we can see that there is a big performance jump having the dedicated block doing the work. Just give you some idea, we can see that the A8-5800K is twice as fast as the six-core Phenom II X6 1100T. Granted, AES may not be as important for Trinity’s target audience, it is nonetheless good to see even a budget CPU is able to offer some sort of hardware encryption. This also makes buying decision much simpler as you know that no matter which APU you choose, all of the features and special instruction are present no matter what. 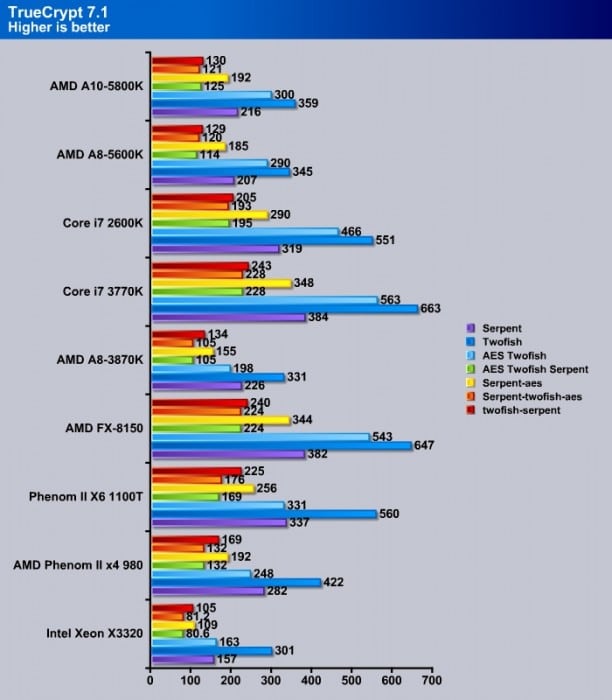