Keep in mind that the power consumption is dependent on the platform as opposed to just the CPU alone. With both Intel and AMD producing not just the CPU but also the chipset, both companies are able to more tightly regulate the chip in order to minimize power leakage. 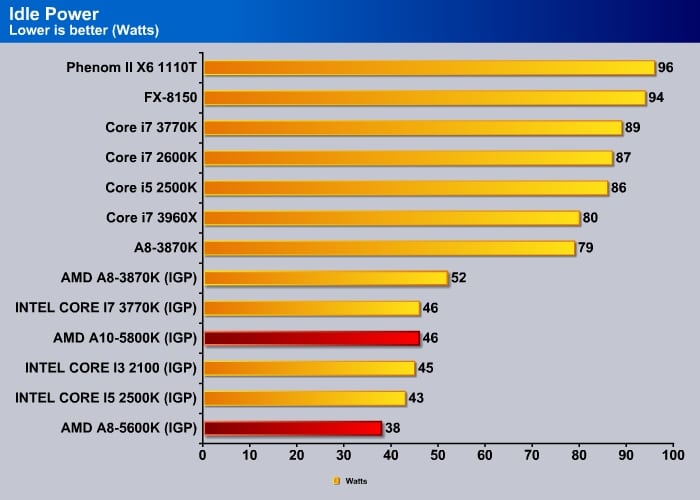 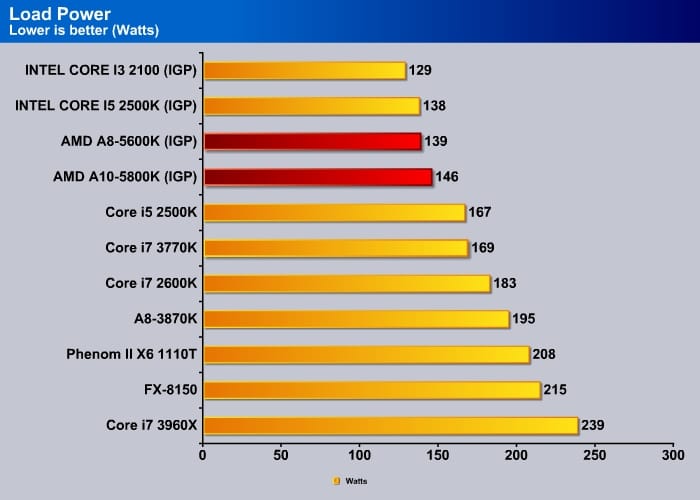 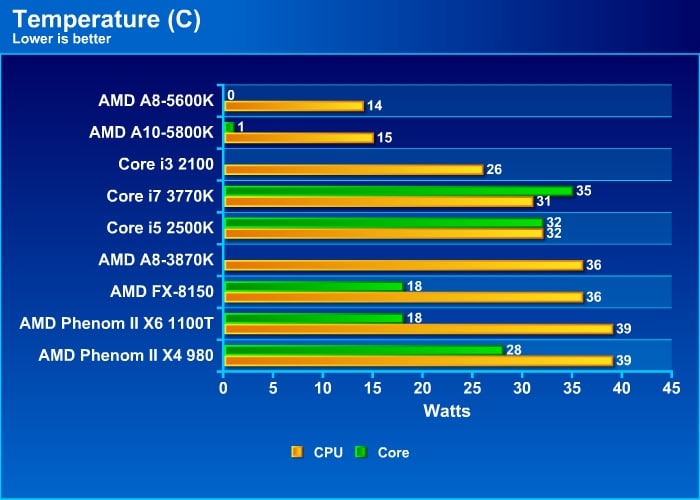 First of all, do not read too much on the absolute value of the temperature reading as it depends on the cooler used and the architecture. We use the same cooler for all of our AMD CPUs but we use a different cooler for the Intel CPU. One thing we can notice is that AMD has done some nice work in reduction the idle heat-output. We believe this is partly due to fewer transistor on the Trinity compare to Llano and possibly with internal power regulation in Trinity.

The load temperature is slightly higher on Trinity where the A10-5800K is 3 degrees hotter than the A8-3870K. If your old cooler is able to keep your Llano cool, it should not have any issue at keeping the Trinity cool as well. 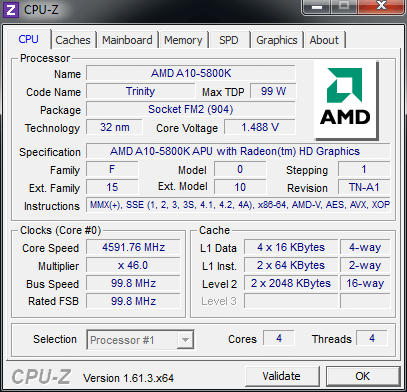 At default voltage, we were able to overclock the CPU to 4.4 GHz and the PC is able to boot but when we overclock it to 4.5GHz, we were not able to get our system to post. After raising the voltage to 1.5 V we were able to push the CPU to 4.6 GHz but it would not pass Prime95, and two of the four workers would give us errors and not complete the test. We had to lower the speed to 4.5GHz in order for us to run Prime 95 stable.

Obviously, overclocking is not Trinity’s best feature if you plan to do it with air-cooler. We were told that it can reach higher speeds but ultimately that would require more extreme cooling like liquid nitrogen.