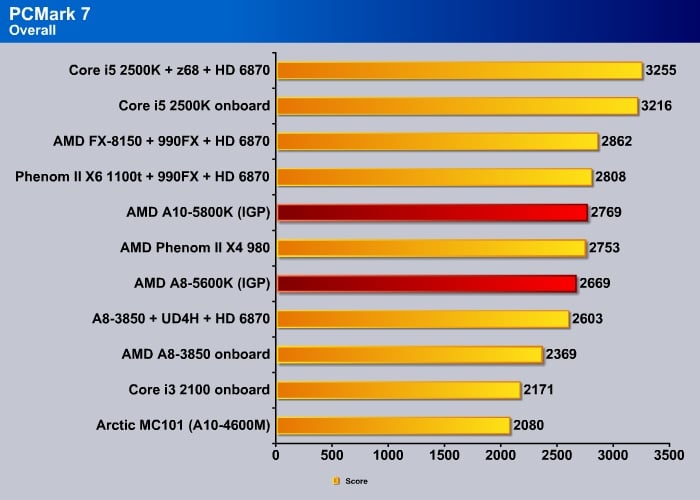 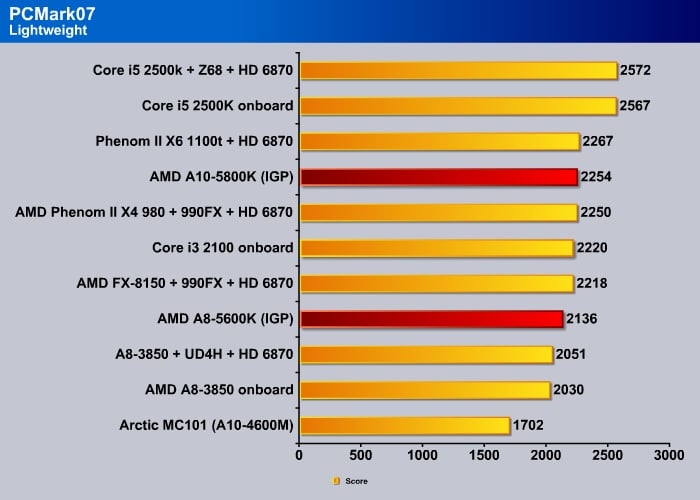 The Lightweight test is not particularly taxing on the CPU and as we can see that no matter which CPU you picked, the difference is very minimal. 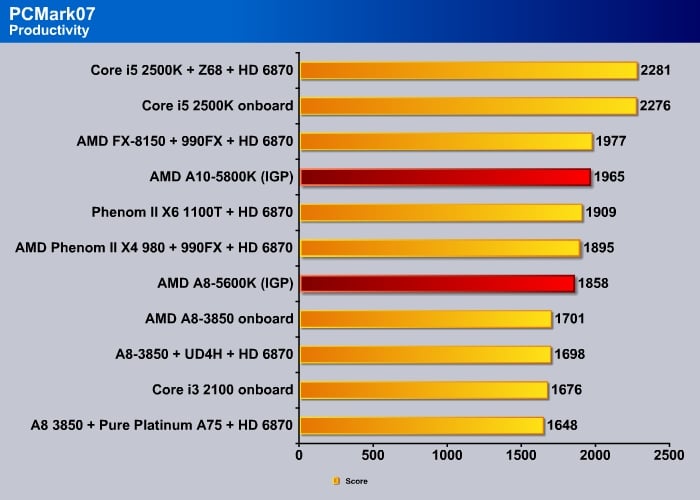 The Productivity test is also not particularly heavily threaded enough to really show the power of multiple cores. Here the A10-5800K performance is impressive where it is about 15% faster  than the A8-3850 and Core i3 2100. 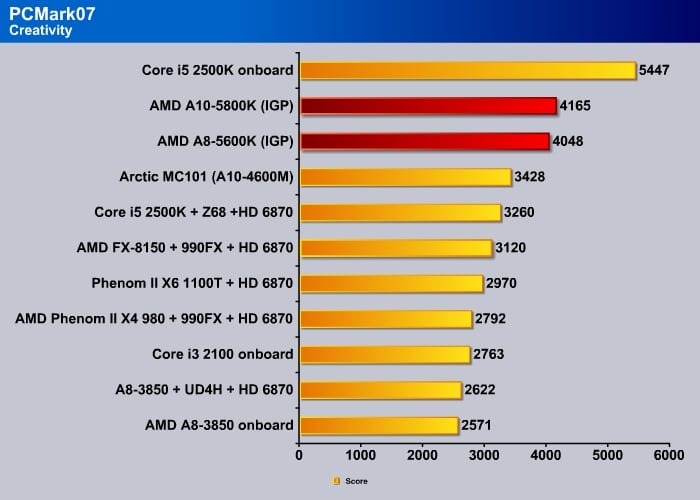 The Creativity test involves video transcoding and image manipulation. AMD traditionally does really well in this test, even beating out the Core i5-2500K. 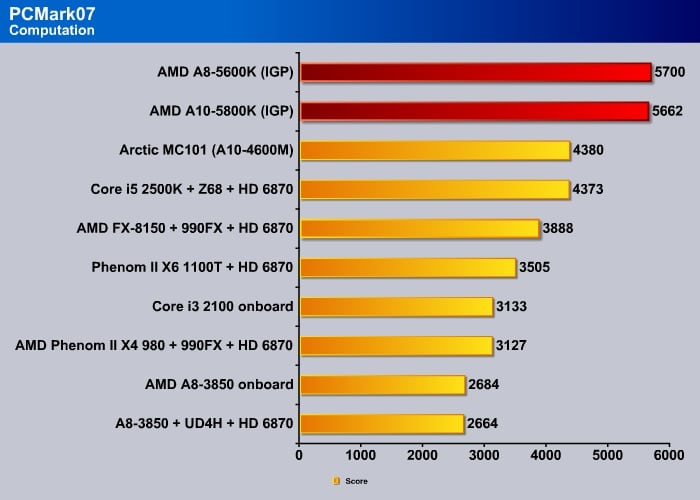 Computation again involves in the video transcoding. With a dedicated hardware assisted VCE, Trinity does rather well here. The score from the Core i5 2500K onboard was 13572, and was out of the range of the graph. 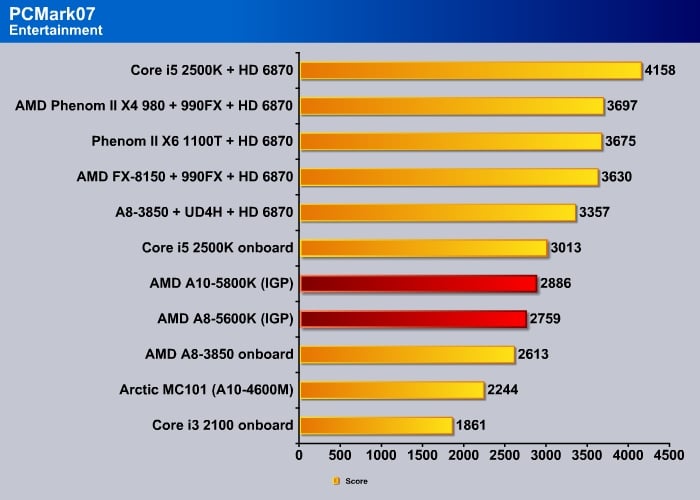