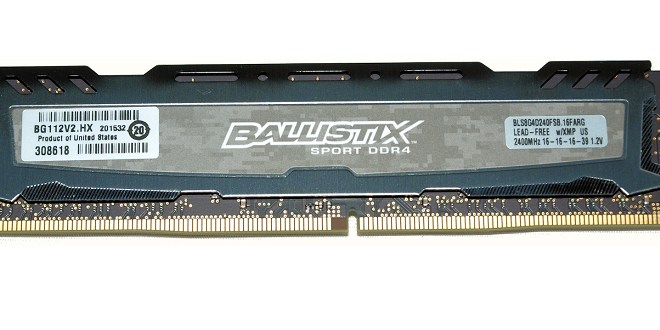 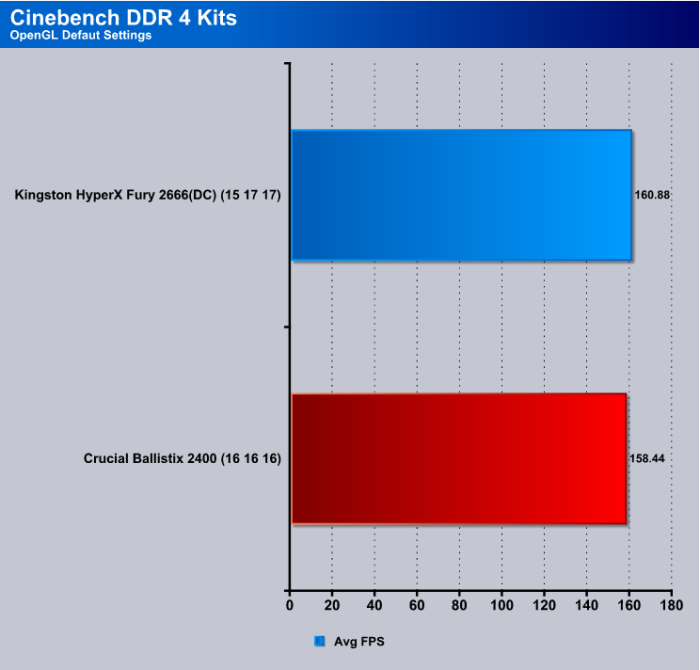 In Cinebench the Crucial Ballistix Sport 2400MHz kit turned 158.44FPS and the Kingston kit hit 160FPS and such a small difference can be nothing more than small variations in the benchmark runs. 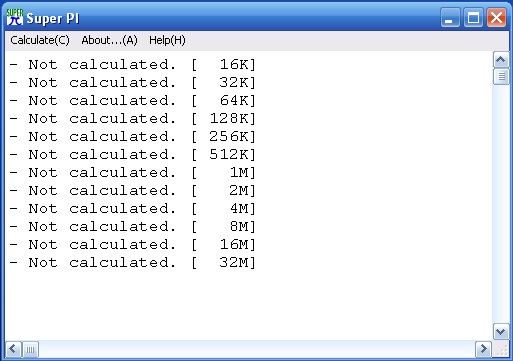 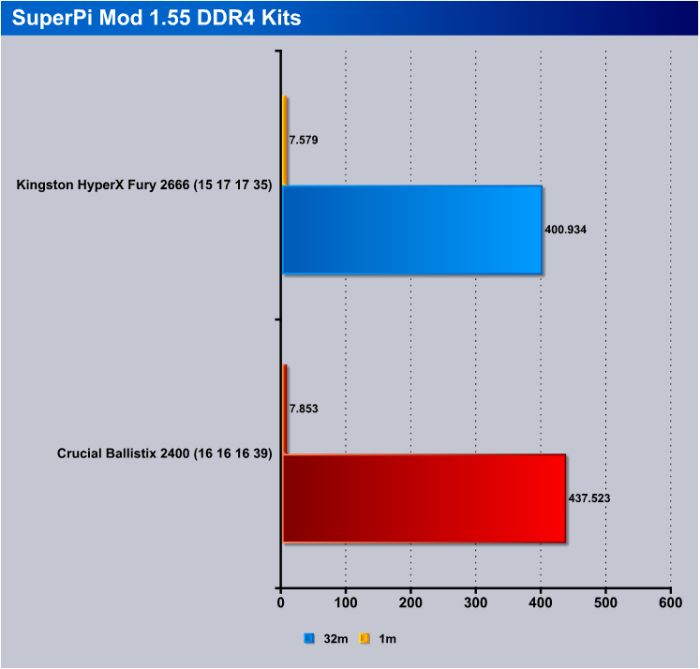 SuperPI is a single core benchmark and the shorter runs are usually pretty close and as you can see here the 1m run results in just a 0.3 second difference. Scale up to 32m and the Crucial Kit scores a 437.523 about 37 seconds behind the Kingston kit. As far as it goes ram kits with different speeds and timings can be used to give you an idea of each speeds performance but you don’t judge a 2400MHz kit based on a faster kits performance. You have to walk that fine line where you judge based on what the kits specified ratings are and the expected performance.