The 2070 found its limit rather quickly as power is the culprit here. We hit power limit almost immediately so we were only able to take the clock up by 150 before it started hitting power limit and also even when trying to go higher it would instantly crash. I may try adding an 8 pin to this just to see if its a power delivery issue by that cable connector setup or if its simply a limitation of the GPU.

The memory could really move as we were able to with full stability pull +900, but even 25 over that would render random artifacts. 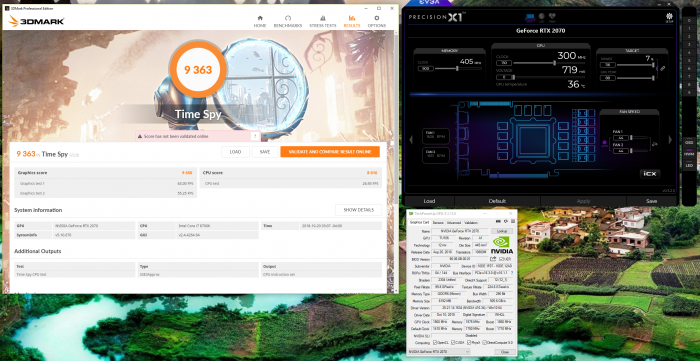 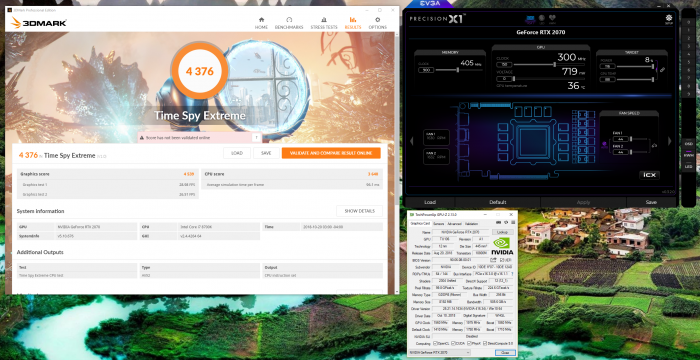 Time Spy Extreme showed a graphics score increase of 5% with the overclock.

So I guess you can say that yes you can overclock the FE but it is quite limited to how far it can go. I should have a few aftermarket AIB models so we can see if any of those fare any better in regards to pushing clocks or if the TU106 GPU is simply not able to go up very far.