I think Nvidia DLSS is one of the most interesting features that Nvidia has released over the last few years. As mentioned in earlier articles DLSS stands for Deep Learning Super Sampling and by using machine learning games with support can offer higher fps while retaining or loosing very little image quality. AMD recently released their competitive technology called FSR (FidelityFX Super Resolution) which is an open source technology that even works on Nvidia cards. The main difference is it doesn’t use machine learning and instead relies on open-source spatial upscaling algorithms. It still is early days for the technology so we’ll have to wait how good it can become and if it at some point can compete with DLSS, at least on Nvidia cards.

Nvidia has kept upgrading their DLSS technology. Version 1 required a lot of work for each game which meant that very few games did support DLSS and when they did the quality was so-so.  With DLSS 2.0 things changed. Instead of only relying on machine learning for a specific game, now the technology used all games to figure out how to upscale a game meaning that even though you still need to add support for a game it is much easier for game developers.

Recently some users noticed that a new version of the DLSS-library, version 2.2, was being included for some games. One example is the latest Ranibow Six update.  The cool thing with DLSS is that you can potentially just replace the DLL-file with a newer one and get the updated functionality right away. Note, this only works for the same generation so you cannot update a DLSS 1.x game to 2.x this way.

For those of you who want to test this just head over to Techpowerup and get the DLL from there.

So what does this upgrade do? Several outlets have been busy testing the upgrade in various games. One of the better one is Digital Foundry that tested it at the same time they tester the RTX upgrade to Lego Journey. 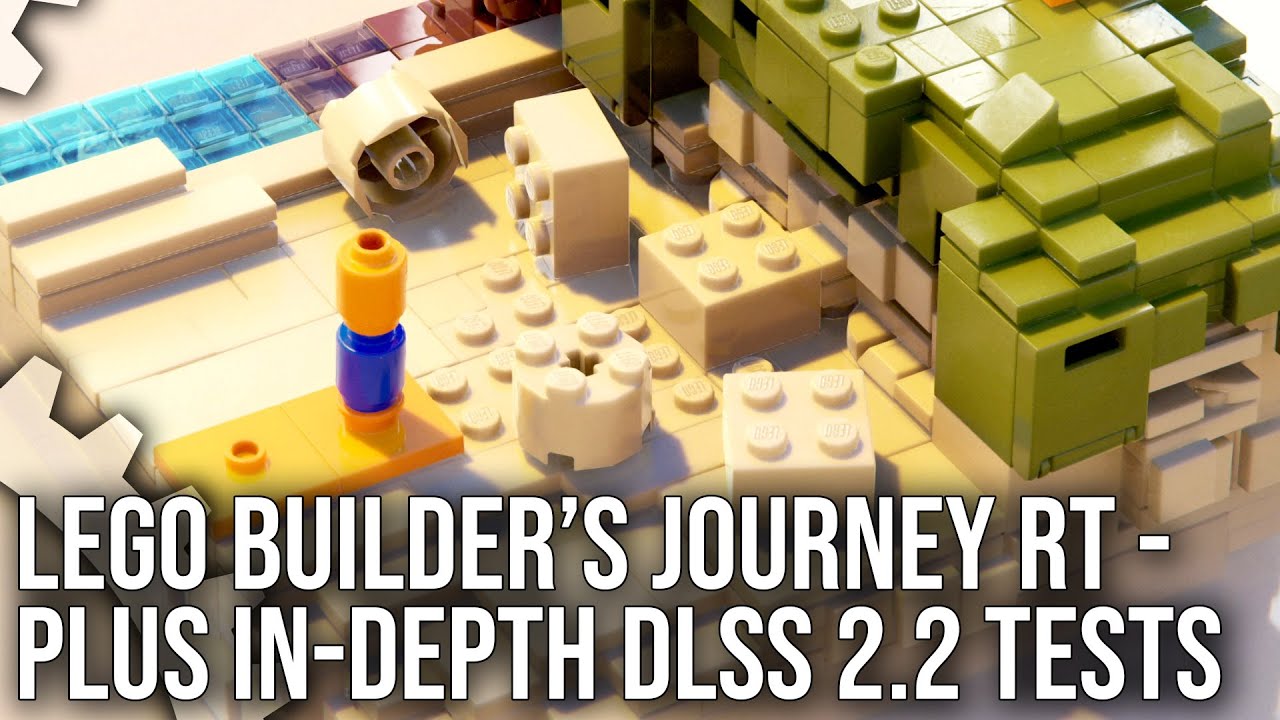 One of the more common complaints about the previous version of DLSS was that it had some ghosting on moving objects. According to Digital Foundry this is something that is improved a lot and most games now do not have ghosting. They also noticed improvements to thin powerlines and meshes in games such as Cyberpunk 2077 or Metro Exodus.

Uk PC Magazine also has done some testing on Red Dead Redemption 2 with the new DLSS 2.2-update and come away very impressed.

With Quality Mode activated at 4K resolution, we saw a roughly 18% gain in performance over the native benchmark run. This is impressive enough on its own, but from a visual standpoint, as with other DLSS 2.0 titles, we actually noticed an improvement in overall image quality with DLSS replacing the native render.

This is likely due to RDR2’s infamously poor TAA implementation, which has been widely criticized as fuzzy at best since the game’s PC release. DLSS is known for cleaning up edges better than most other anti-aliasing approaches out there, so while it’s not exactly surprising to see this result, it still feels a bit like magic when the game not only runs faster but manages to look better than a native render at the same time.

Sweclockers also did a test with Death Stranding (https://www.sweclockers.com/test/32277-snabbtest-dlss-2-2-hemlig-uppdatering-for-battre-bildkvalitet-i-spel in Swedish) and found that DLSS 2.2 basically eliminated ghosting which was especially visible on the particles that move from the ground up in the air. With DLSS 2.1 they looked like longer strokes of particles while with DLSS 2.2 you now could see it was single particles moving through the air. As with every technology you won’t see the same improvements in all games. On RRedit I saw some comment that Control looked worse with DLSS 2.2 which means that this games probably would need some developer love to be improved with DLSS 2.2.

It is cool to see that Nvidia is keeping updating the functionality of DLSS and we look forward some healthy competition between DLSS and AMD FSR in the future.