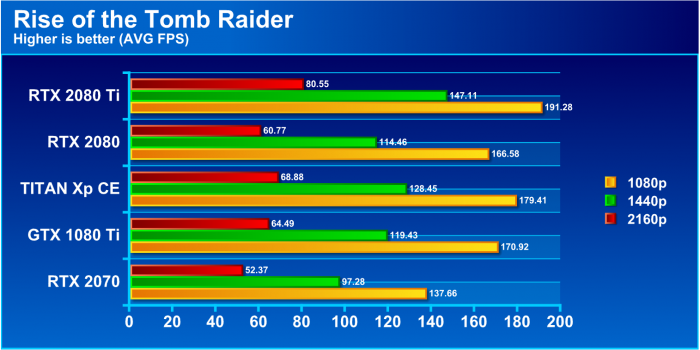 Middle Earth Shadow of Mordor is one of those games you can sink a ton of hours into and the gameplay is just awesome. And with the launch of Shadow of war, the franchise is only getting better. 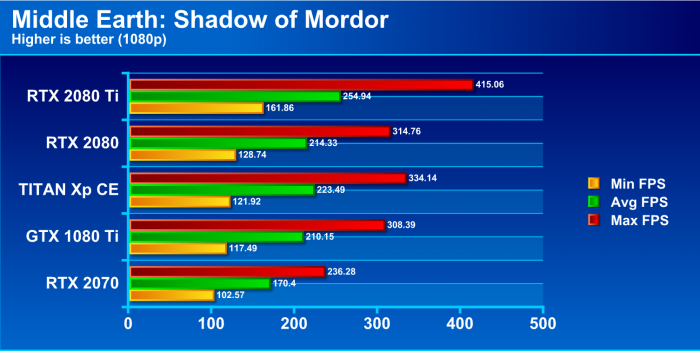 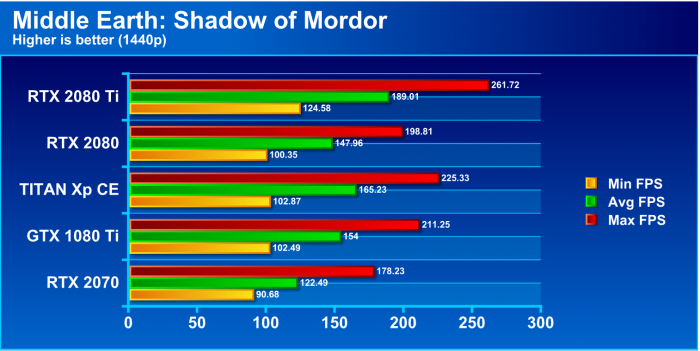 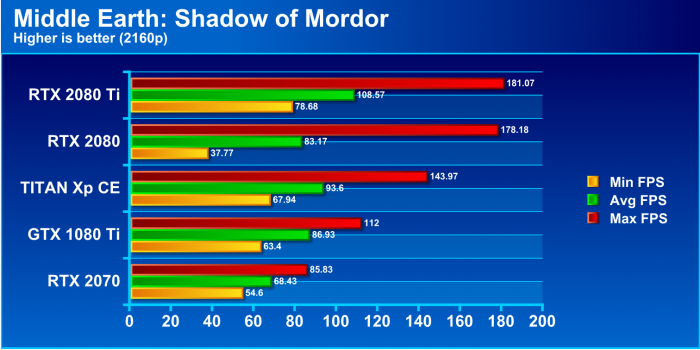 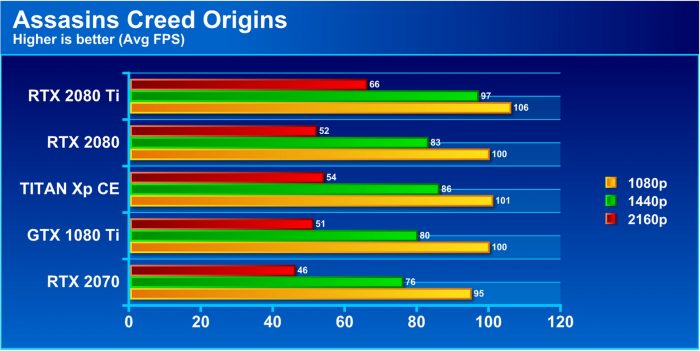 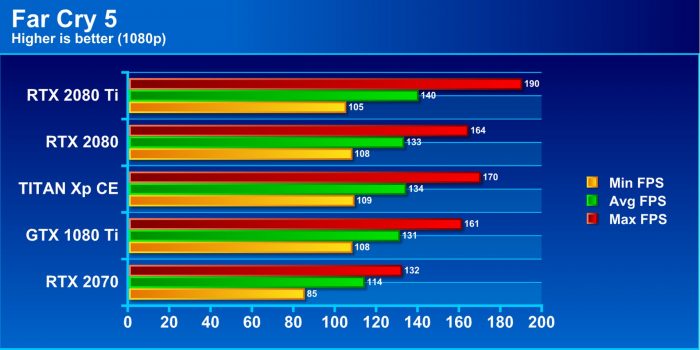 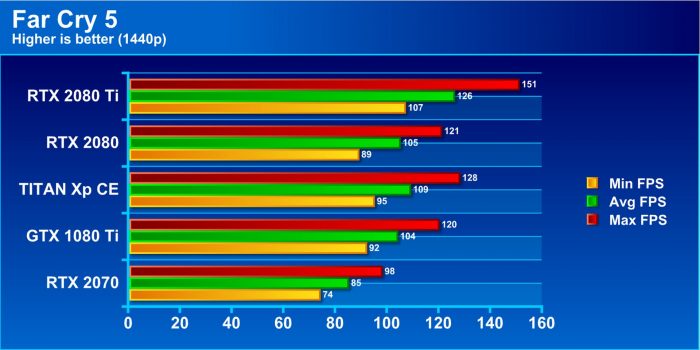 Far Cry 5 we see at 4K the 2070 trailing the 1080 Ti by 19%. Adjusting to 1440p we see the gap widen a bit to 22% and pushing down to 1080p we finally see a correction in favor of the 2070 as the difference drops to a mere 15%. This tells me that Far Cry 5 pulls from the GPU alot and therefore even at lower resolutions the higher end GPU can simply outpace the 2070 until it gains ground at lower resolutions.

Again with the squad-based shooters, Rainbow Six Siege allows you to team up with friends and battle it out breaching buildings and using tactical measures to get the drop (sometimes literally) on the opposition. 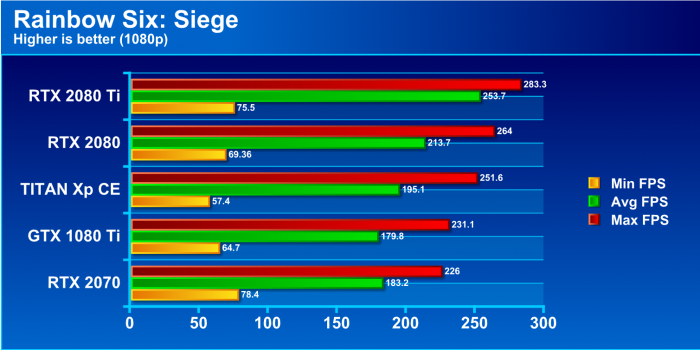 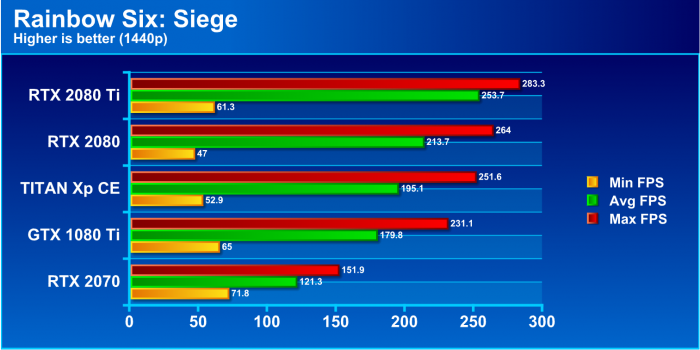 The last benchmark of our suite is Rainbow Six Siege. at 4K the 2070 actually beats out the 1080 Ti in average FPS by about 1FPS. unfortunately, that does not continue as 1440p shows a gap of 33%. Moving to 1080p and once again the 2070 is beating the 1080 Ti slightly. This was what I considered an edge case but it was repeatable. It was definitely one of the stranger things I’ve seen and I can only assume this is memory related as at 4K the GDDR6 helps the 2070 catch up, 1440p opens things up a bit for the Pascal cards then at 1080 its a CPU race and the higher speed memory once again kicks into play. It still doesn’t necessarily make sense but then again sometimes game performance can be a messy place to live I guess.

Now let’s see what happens as we try to turn up the wick on the 2070 and overclock it to its edge.