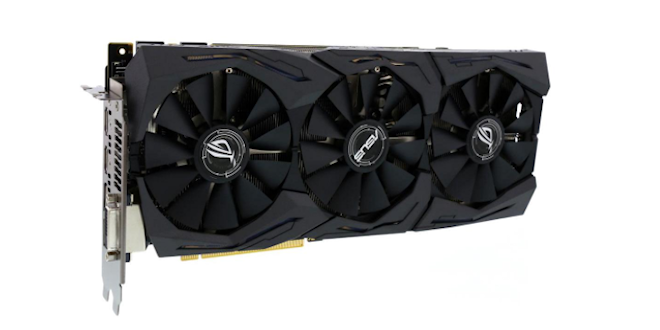 Overclocking the GTX 10XX video cards requires a balance of adding power vs attained clock speed. Don’t just slam the power increase up to maximum and expect to get the best OC out of these cards. Increasing power to MAX and brute forcing these cards will likely lead to throttling, and they will throttle if too much power is pushed at the core. 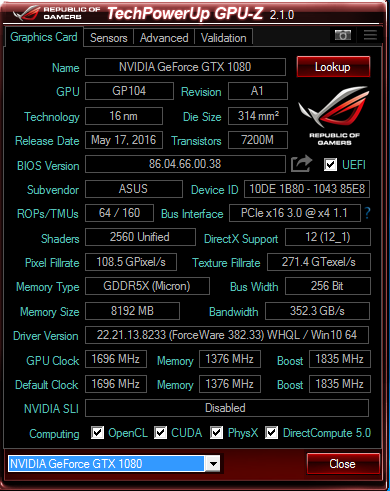 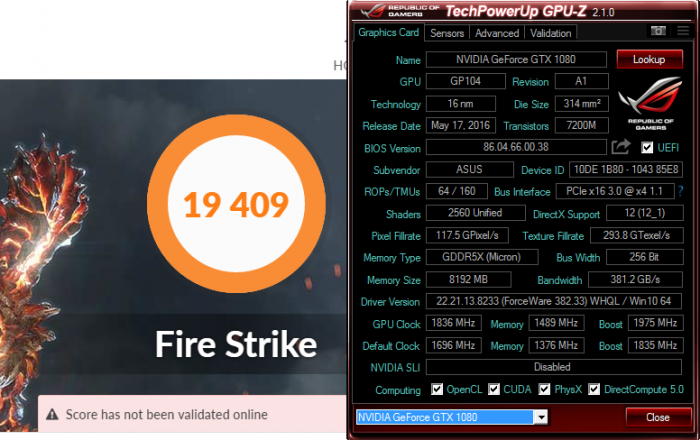 Here’s a shot of the settings we used in Asus GPU Tweak II showing +140 on the core, + 900 (effective) on the memory and + 61 on the voltage. We left the fan speed at auto and the Strix card was very quiet even during overclocking.