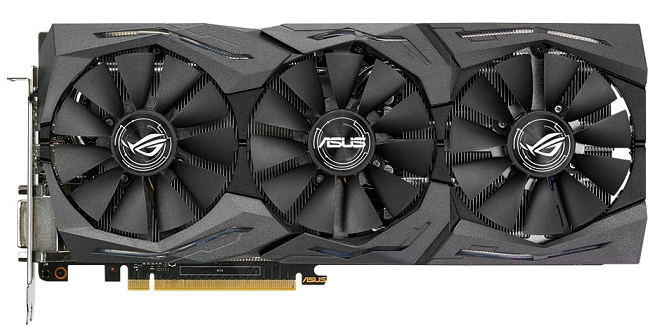 The  at a $329.99 initial price and with all the ROG Strix bells and whistles we would put it in the GTX 1060 Luxury video card category. Packed with Pascal technology on a 16nm process with a 200mm² die it gets half the hardware of the GTX 1080 but will dominate at 1080p and 1440p. Asus packed all the goodies into the ROG Strix GTX 1060 and from package to hand it drips ROG goodness like honey from the hive. The GP106-400-A1  core packs 4.4 Billion transistors and runs at a base clock of 1645 and a boost of 1873, amazing speeds given recent years core speeds. There are 1280 Stream Processors, forming 2 GPCs and 10SMs, 2 Rasterizers, 10 Tessellation units, 80 Texture units and 48 ROPS. There may be a partridge in a pear tree in there somewhere but we didn’t see any feathers sticking out.

Now that we are past the hardware hoohaa lets talk about Asus features a little. The first thing we noticed opening the package was 3 over sized Wing Tip Fans and immediately we knew this was an ROG Direct CU III cooling design. We quickly looked at the specifications and the card came in at 298mm which is longer than some GTX 1070 and 1080s we’ve seen. Then there’s the Auto Extreme Technology where the whole video card start to finish is produced by machines without human interference ensuring exacting standards. For flash Asus dropped Aura RGB lighting accents on the  ASUS Strix ROG GTX 1060 6GB giving you control over how the lighting effects run and the color(s) you choose. The ASUS Strix ROG GTX 1060 6GB is VR friendly with HDMI ports and ASUS provides GPU Tweak II for your overclocking fun. No one in the industry puts a better dress on their GPU’s than ASUS does on it’s ROG lineup and you’ll be hard pressed to find this much luxury in any GTX 10xx series video card! 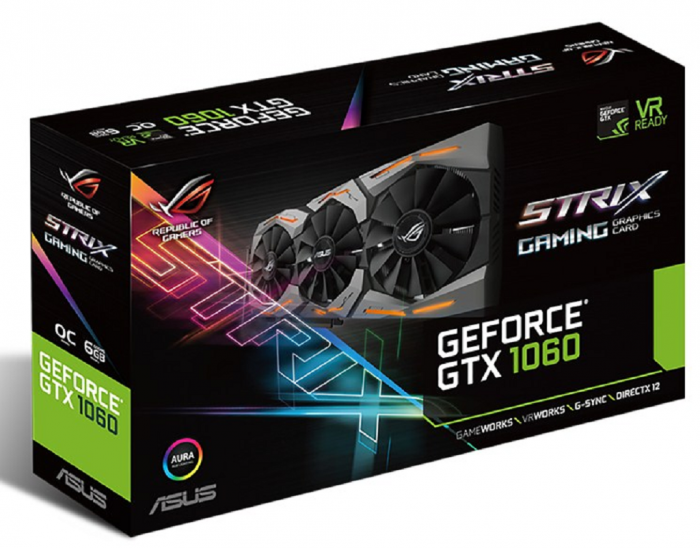