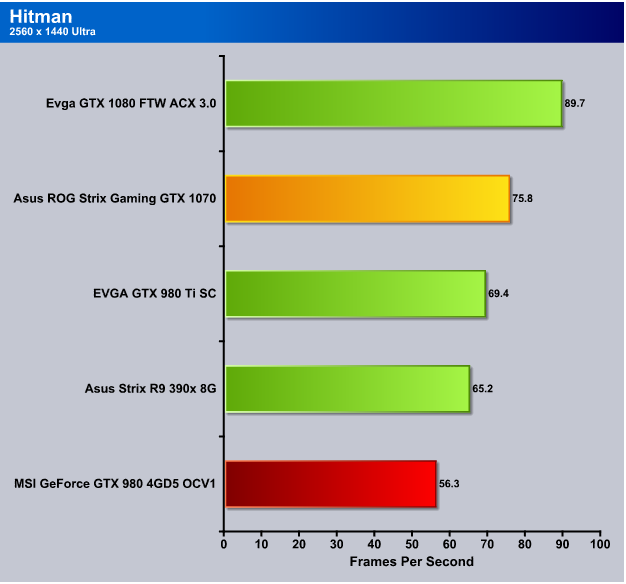 At 1440P the ASUS ROG Strix GeForce GTX 1070 8GB just put out a hit on Hitman and threw back 75.8 FPS and is performing beyond our expectations. 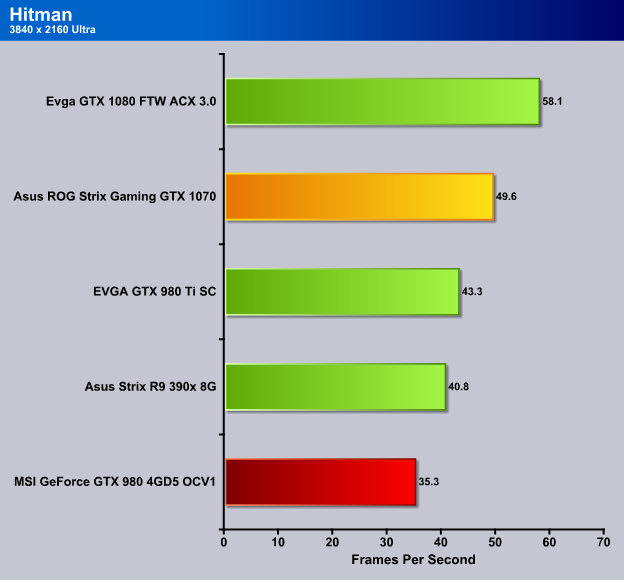 The 4K resolution has the ASUS ROG Strix GeForce GTX 1070 8GB throwing 48.6 FPS and well past playable frame rates even on the Ultra settings we use. 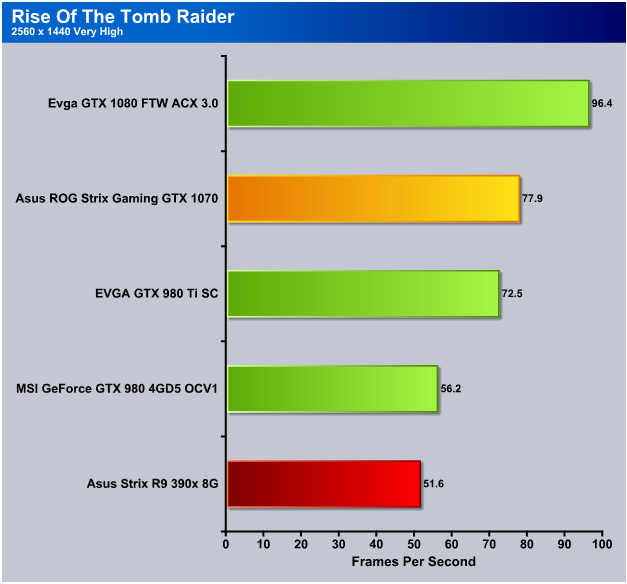 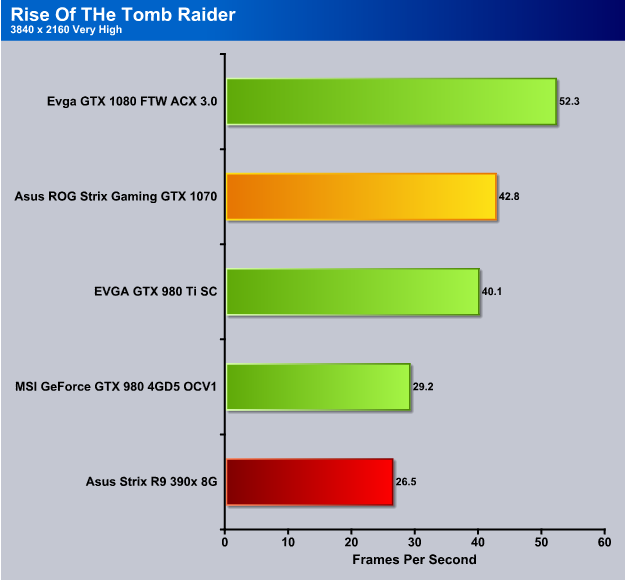 Hitting 4K the ASUS ROG Strix GeForce GTX 1070 8GB showed itself proud and fired back at Hitman with 42.8 FPS and was playable with solid to the eye gaming and smooth FPS even in heavily graphic saturated scenes. 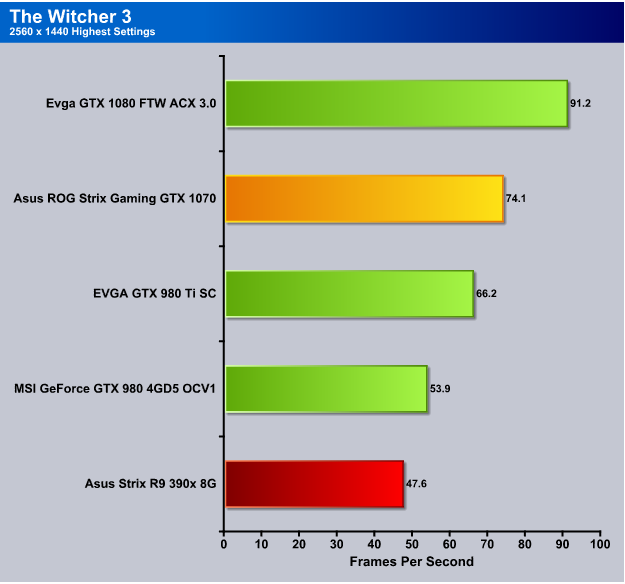 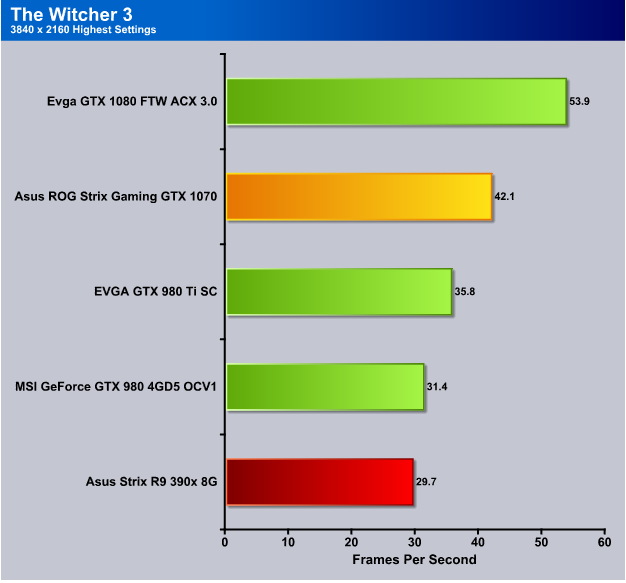 Now at 4K we are still getting playable frame rates and holding good at 42.1 FPS and the six games we bench marked the ASUS ROG Strix GeForce GTX 1070 8GB broke out a can of whip butt and sprayed it liberally. This is the single largest jump in performance we’ve seen from one generation to another.