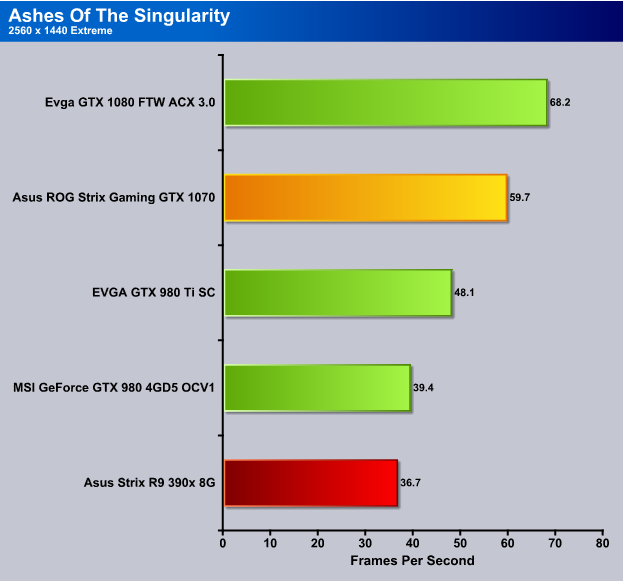 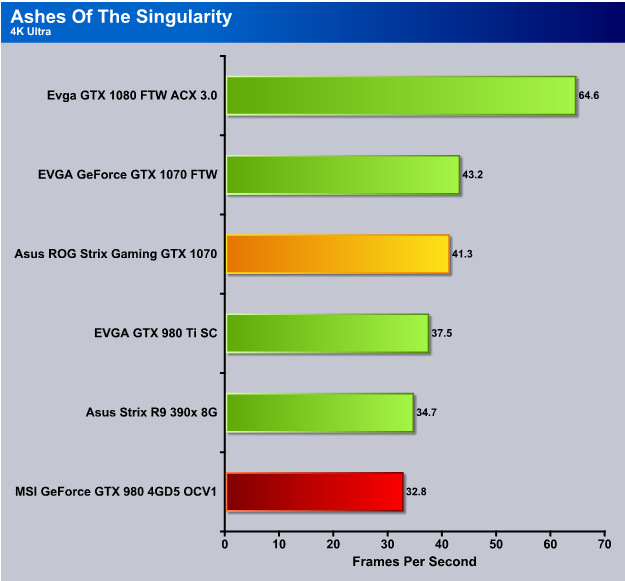 We ramped it up to 4K gaming and we were having a hard time believing our eyes when the ASUS ROG Strix GeForce GTX 1070 8GB pushed out 43.1 FPS. Thus far the Strix 1070 is looking good for a true 4k gaming GPU. 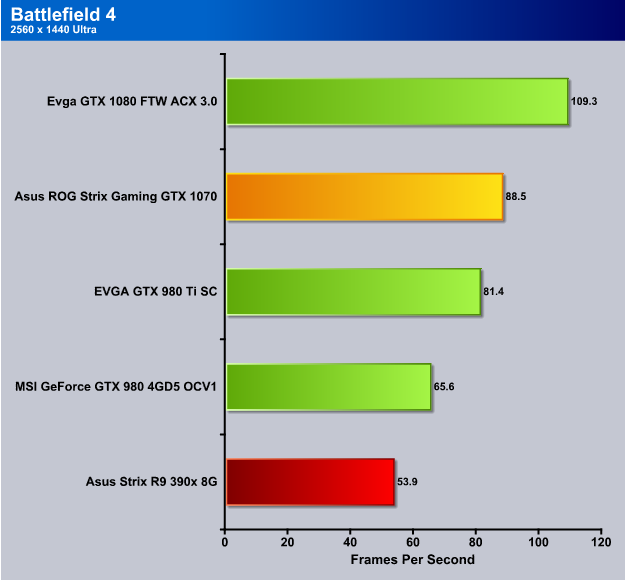 Battlefield 4 has become a mainstay of a lot of video card testing and at 4K the ASUS ROG Strix GeForce GTX 1070 8GB ran 88.5 FPS. 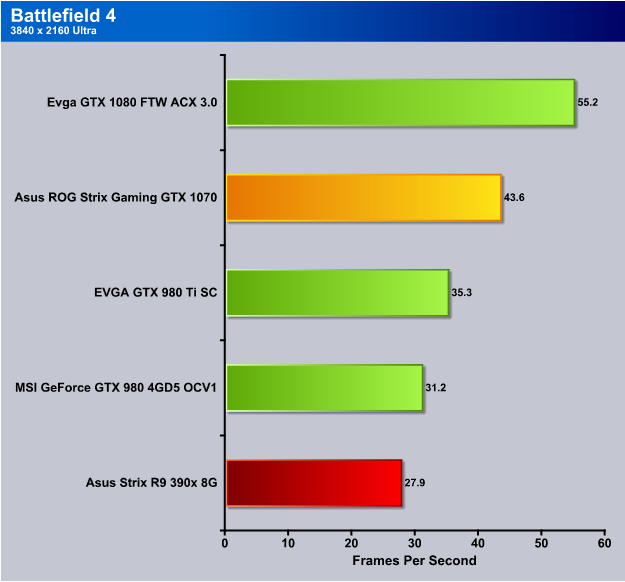 Cranking the heat up to 4k resolution the GTX 1070 rewarded us with 43.6 FPS and indeed most of the cards gave us playable frame rates but none with speed of the Pascal GPU’s. 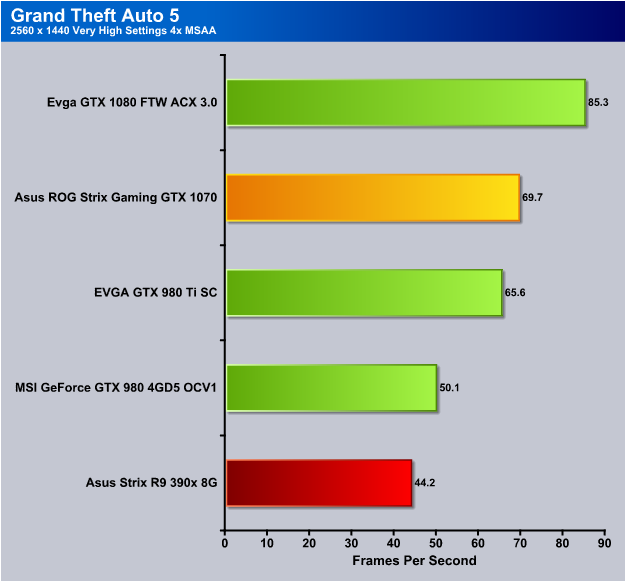 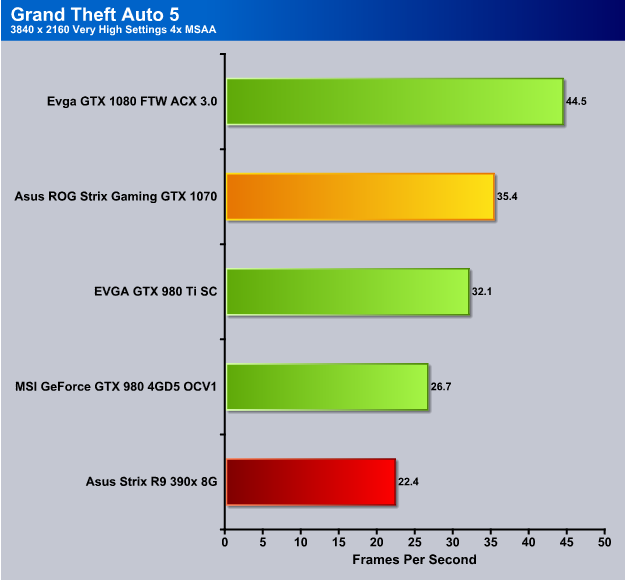 At 4K GTA 5 put a little crunch on the FPS but the GTX 1070 chucked out 35.4 FPS with no frame flipping or stuttering. Motoring around the corners and pushing the various vehicles was a breeze that happened in real-time speed. At times we found ourselves having to pause and figure out exactly where we were headed because the game was flying by so fast.