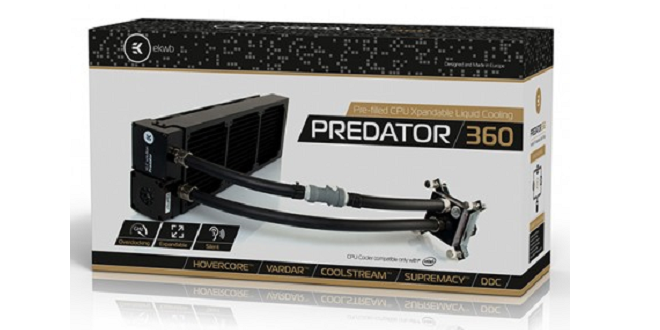 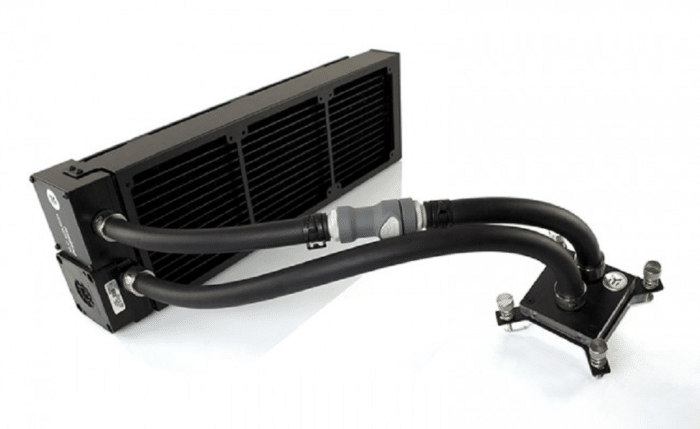 The EKWB EK-XLC Predator is an all-in-one water cooling solution consisting of a nice thick radiator, Laing DDC3.1 6W (MCP350) pump capable of pushing 440LPH/116GPH, which is 3x the normal flow capacity of most AIO water coolers. The pump’s capacity and head pressure rate of 10.8 ft (3.3 m) is what allows for additional hardware to be attached via the Quick Disconnect Connector (QDC). Simply purchase a complete QDC from EKWB, along with some of their 3/8in tubing, and you can expand the EK-XLC Predator into a dual (or even triple) loop system. 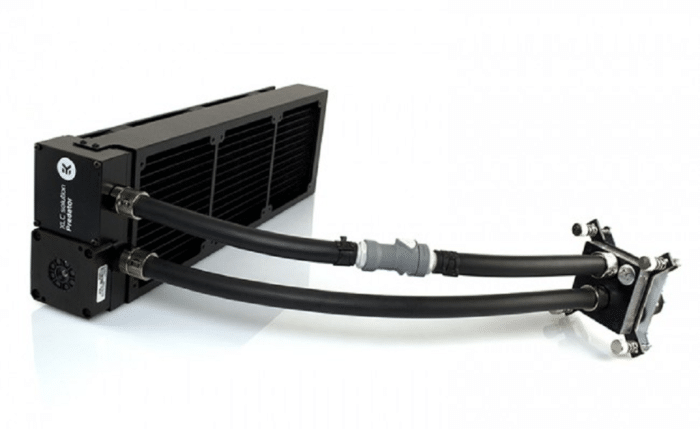 Looking at the entire unit laid out it, seems a little bulky for a triple-radiator cooling system, but it’s just the pump and reservoir tacked onto the end or the radiator making it longer than a traditional 360mm triple-radiator. The overall length of the EK-XLC Predator 360 will require a case that is able to accommodate the 360mm radiator and the pump and res. EKWB didn’t pull any punches with regards to the water block to cool your CPU, as you get a Supremacy MX enthusiast-level water block. That’s one of the things we really like about EKWB. EKWB could skimp on parts here and there like a lot of AIO kits, but they don’t. The EKWB AIO and kits are top-of-the-line expandable and they don’t fret over a few cents profit. You may pay a dollar or two more for EKWB, but it’s money well spent for quality, expandability, and longevity. 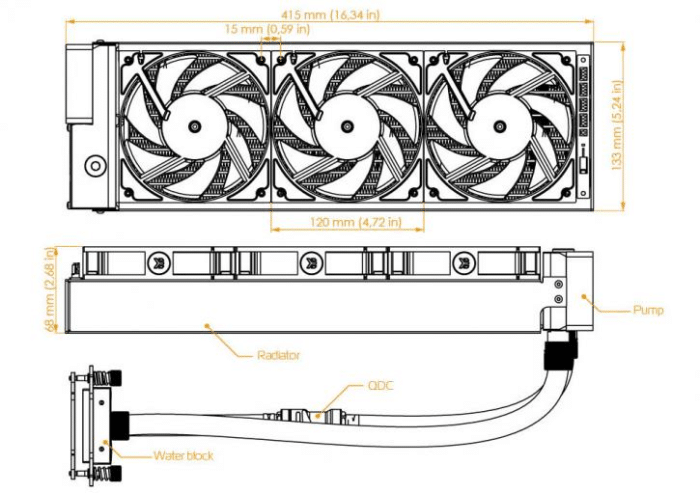 Taking a look at the schematic diagram from EKWB, we see that the overall length is 415mm/16.34in, so you will need a chassis capable of accommodating that length. 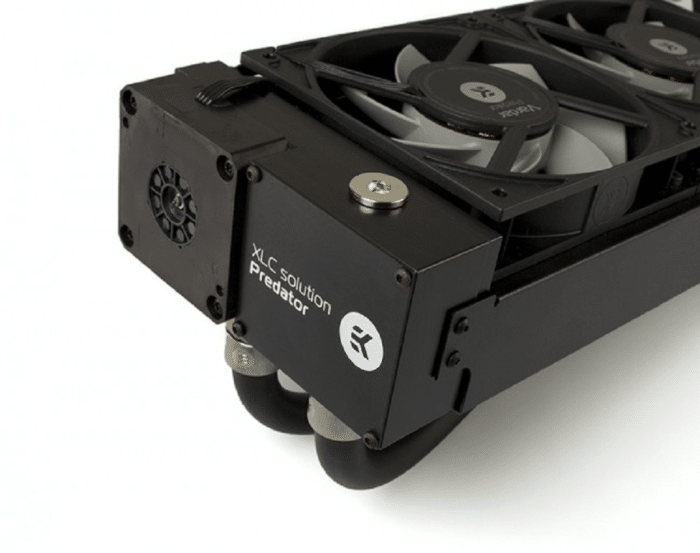 The pump and reservoir are mounted at the end of the radiator and even these are removable for expansion. The manual goes into fine detail on removing them, making the EK-XLC Predator 360 one of the best expandable AIO kits on the market. Total liquid capacity of the system is 325mL or .34 quarts, which is a remarkably small amount for the cooling it provides. 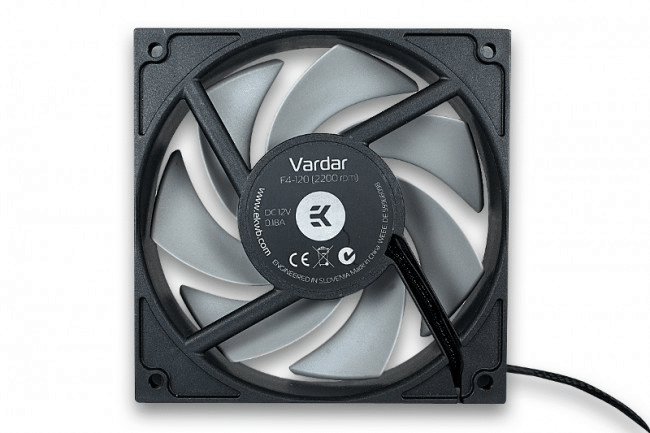 As far as fans go, EKWB includes three of their EK-Vardar F4-120ER Predator Edition (550-2200rpm) high static pressure fans capable of pushing 77CFM at 33.5dBA. The fans currently run $17.99 each, so that should give you an idea of what EKWB thinks about quality of their products. They could have chosen a cheaper fan, but threw in three of their flagship Vardar fans. They are of course PWM, and their speed can be controlled from most enthusiast motherboards’ BIOS or bundled software. 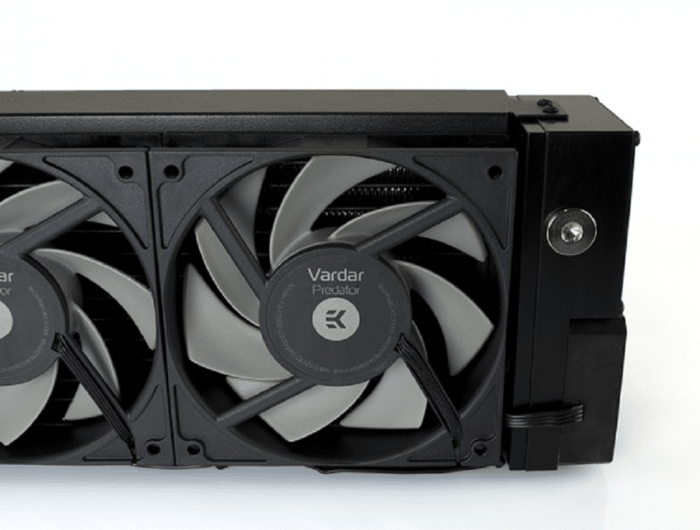 Grabbing a fan-side view of the EK-XLC Predator 360 you see how much length the reservoir and pump add, as well as the fill port on the reservoir.

Here’s a shot of the QDC which allows you to disconnect the hose without having to top off the reservoir and work the bubbles out of the loop.

This is a shot of the QDC disconnected and the system is charged with coolant and no coolant was lost during the disconnect. If you purchase another QDC from EKWB for a second loop for a GPU, you will need to add coolant and we recommend using EK-Ekoolant EVO Clear, the same coolant that in the EK-XLC Predator 360 originally. It’s just better to use the same coolant than mix coolants and take the chance of compromising the cooling capacity of the coolant.