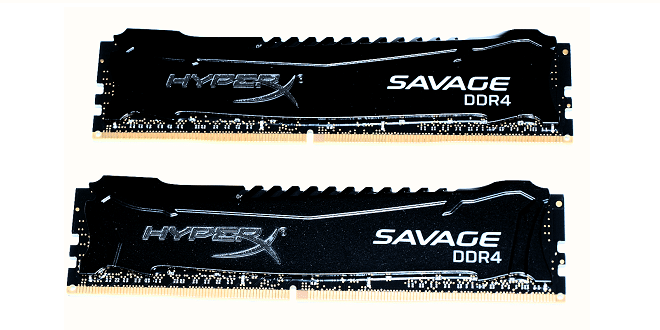 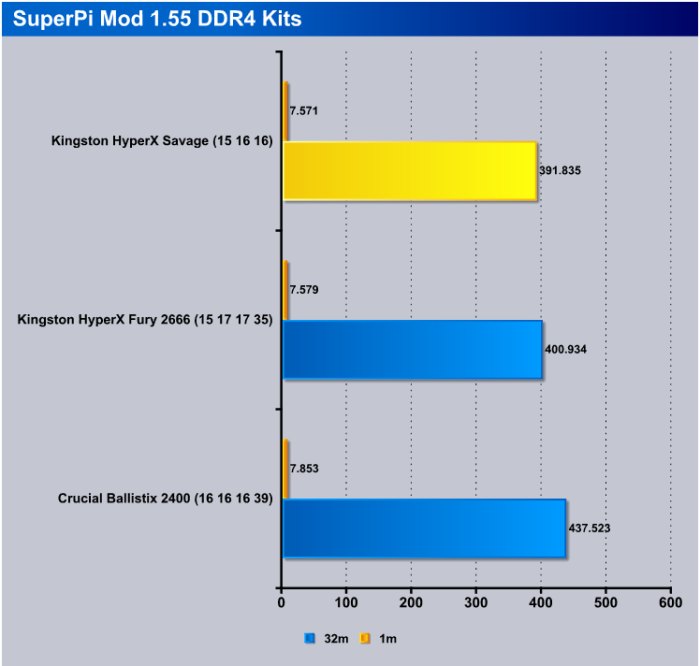 The SuperPi 1M test flashes by so fast that fractions of a second usually separate the scores. Testing these kits was no exception to the rule, as the Kingston HyperX Savage turned in a score of 7.751 seconds, merely thousandths of a second ahead of the HyperX Fury kit. Scores were so close on the 1M test we would have to call a tie. Switching up to the 32M test. the HyperX Savage 3000MHz kit scored 391.835 seconds, and the HyperX Fury kit turned in a 400.934 second score with the Savage kit taking a nine second lead. 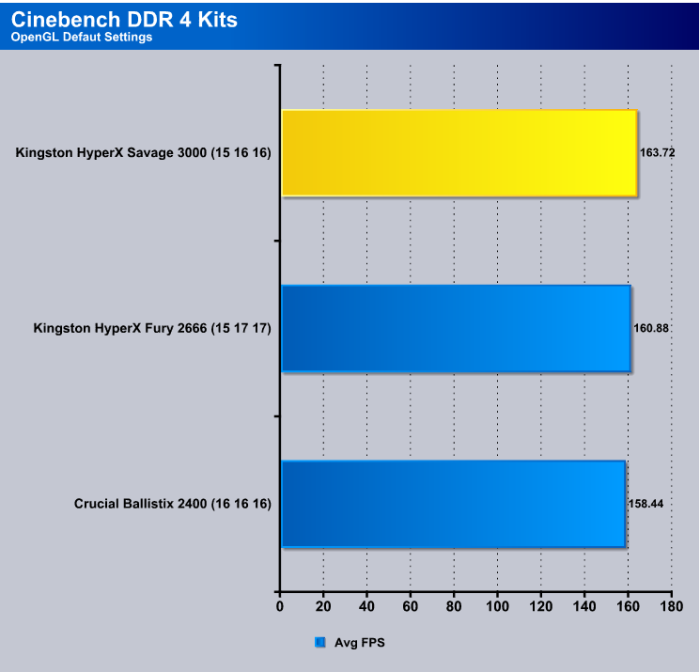