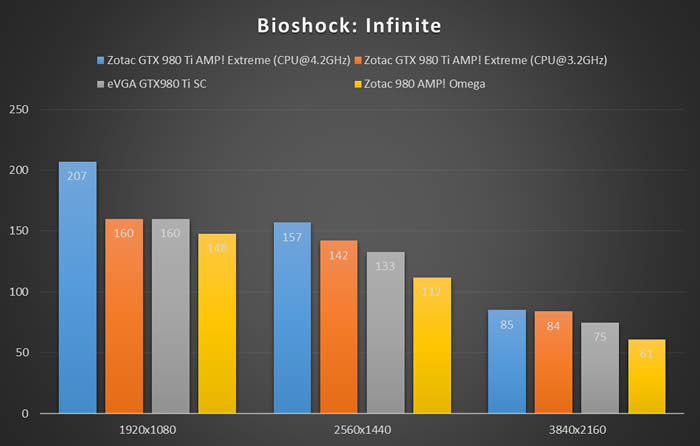 Bioshock Infinite is one of those games that runs very well with modern cards. It clearly is CPU-limited at 1080p as a difference in GPU-clockspeed does not yield any more fps while a increase in CPU clockspeed gives us 47(!) more fps. As we move up in resolution the CPU becomes less important and at 2160p the game clearly is GPU-limited again. If we look at the stock CPU-speed at 3.2 GHz we gain 9 fps both at 1440p (+7%) and 2160p (+12%) going from the eVGA-card to the Zotac-card.