Overclocking the GIGABYTE X99 SLI took a bit of an effort, but with a first round BIOS, that is a bit unrefined at this point, it was no more effort than expected. We would warn that there is a ton of BIOS options, so keep your focus on the Vital OCing settings and not the overabundance of settings found in the multi-view BIOS. 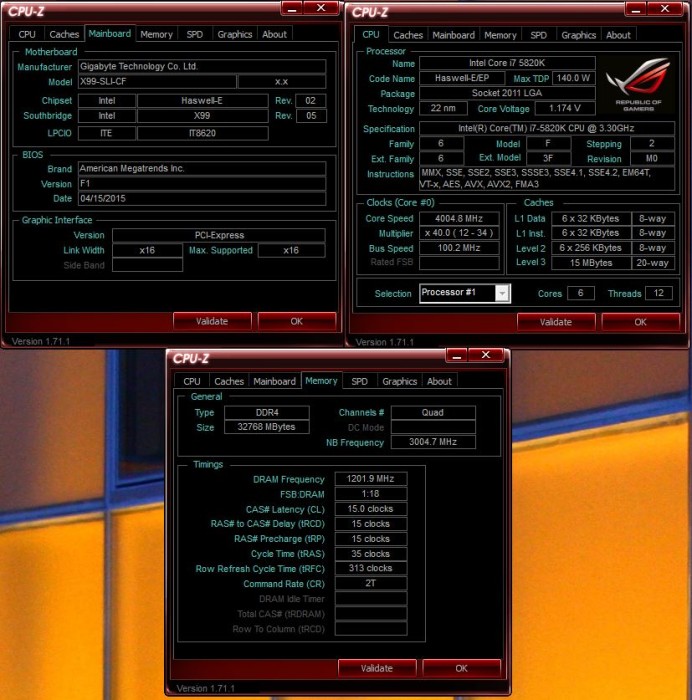 Here’s our “Whats in the system” shot of CPU-Z, and as you can see we were already at 4GHz on the OCing trail running, 1.174v on the CPU. 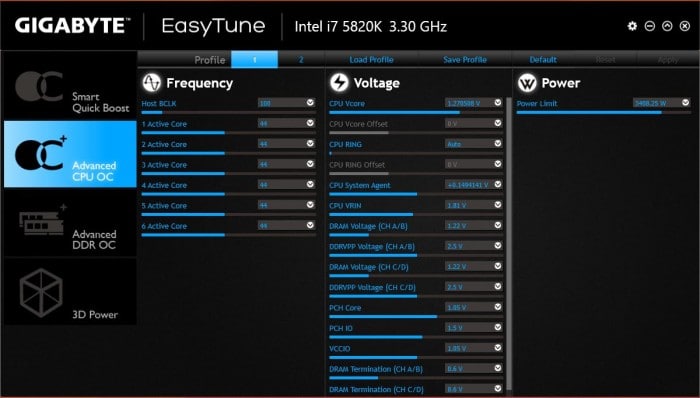 We dropped back to software for the next phase of OCing and hit 4.4GHz using EasyTune Advanced CPU OC. 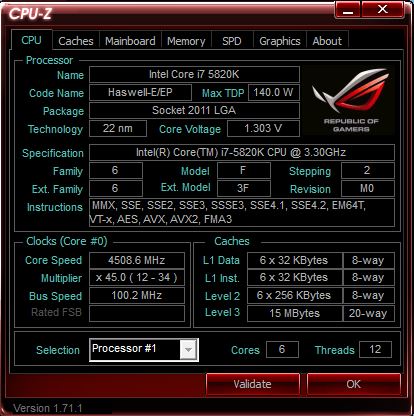 4.4GHz was as far as we could comfortably go in EasyTune, so we backed out to the UEFI BIOS and ramped it up to 4.5GHz, running 1.303v stable. We could go higher, but only for suicide runs of SuperPi, and we don’t count suicide runs as stable OC’s. Our 4.5GHz here was benchable, playable, and stable.