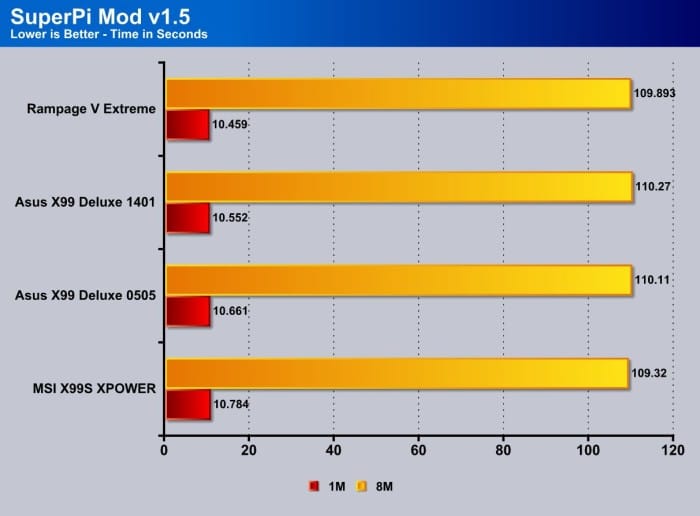 The Asus X99 Deluxe showed sparse improvement from BIOS 0505 to BIOS 1401 so even 8 BIOS generations later they pretty much had it right from the beginning. 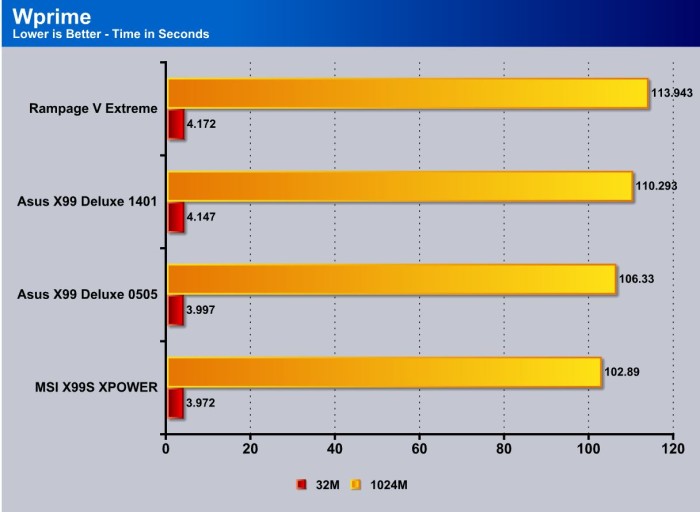 When we hit the Wprime test it was obvious the improvement from BIOS 0505 to 1401 was enough that you can attribute it to the BIOS revision improvements. We wouldn’t expect less from Asus as they pay close attention to their end users and stay on top BIOS revisions with an Eagle eye. Having that fast accurate attention to BIOS improvements is one of the Reasons Asus is a world leader in motherboard sales.