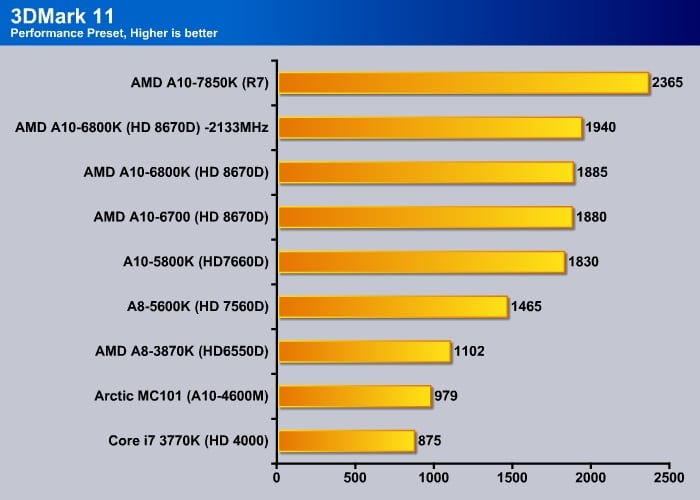 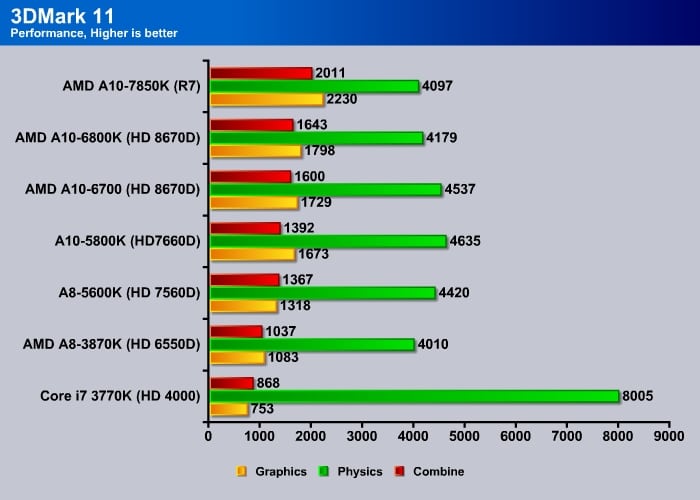 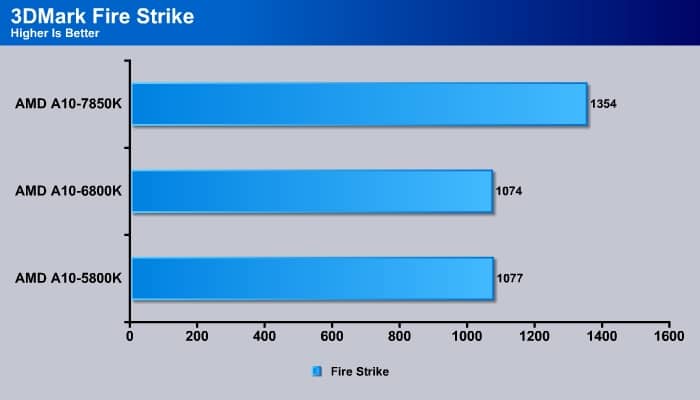 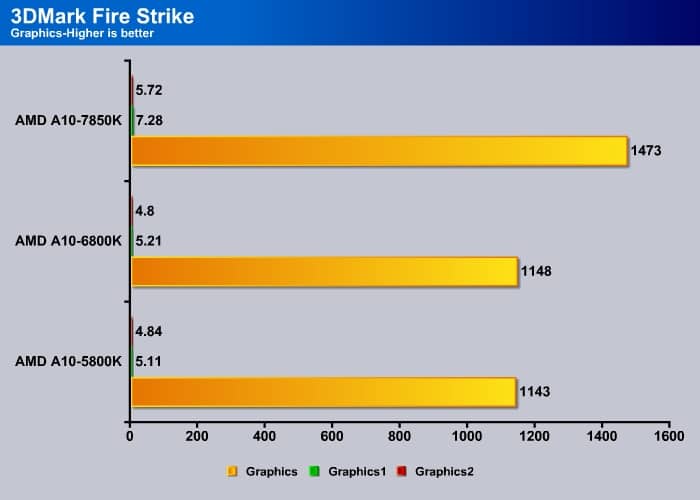 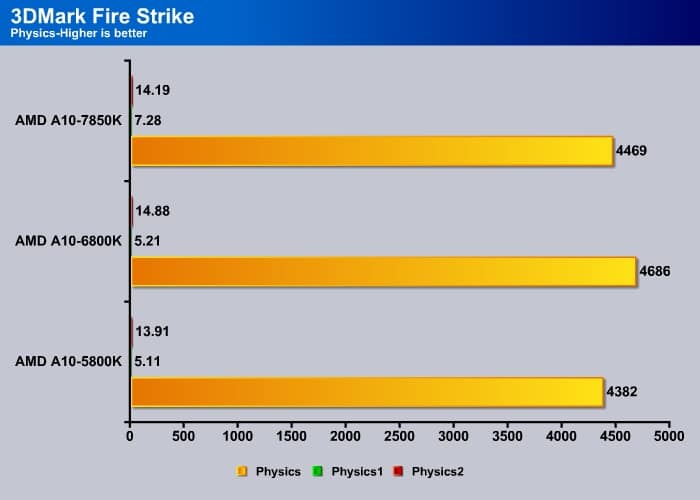 However, we can see that the CPU performances are mixed. 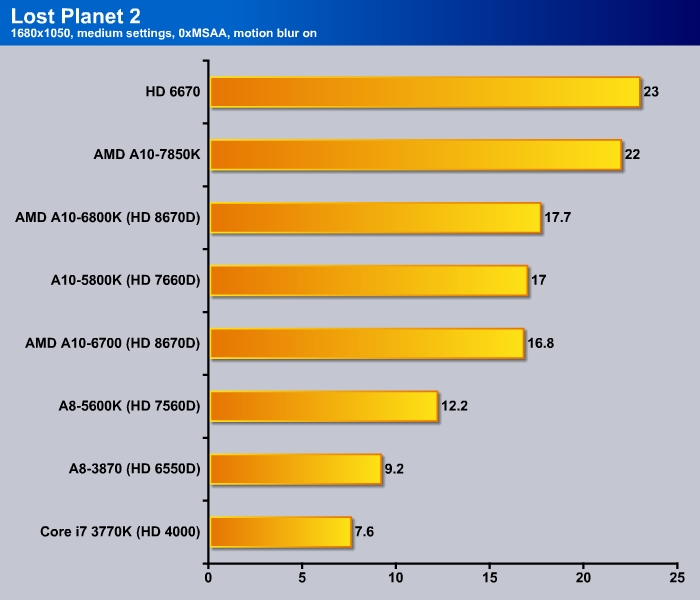 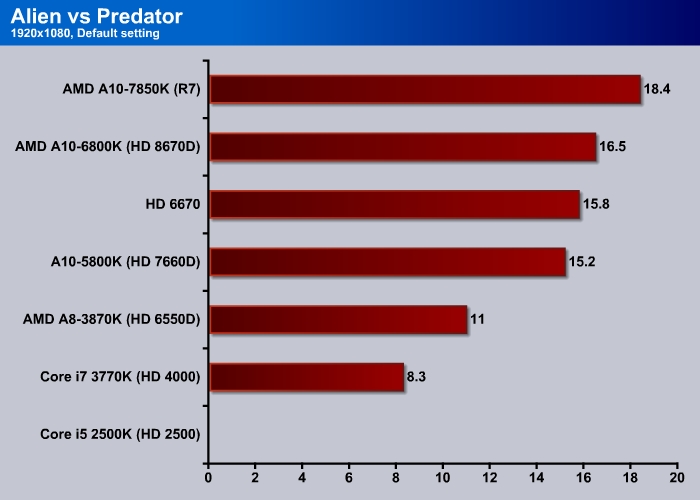 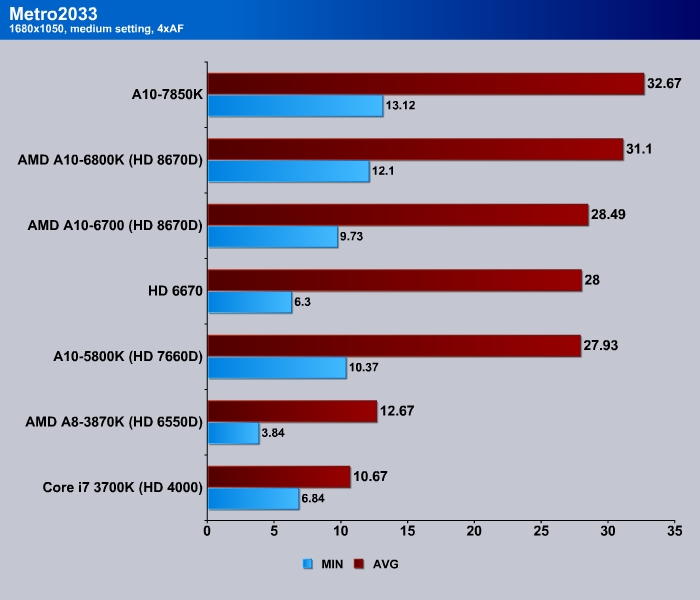 The R7 GPU on the A10-7850K delivers the performance about $50 discrete GPU. It is still not fast enough to give us 1080p game play at medium to high setting but if we tone down the setting just a tad, it is possible to have at least a smooth game play. At 1680×1050 resolution, the A10-7850K is probably playable at medium settings. Obviously, with AMD APU, you could always toss in a compatible graphic card for crossfire and with the A10-7850K, you could add a cheap R7 card that would yield even better performance. Still, it is probably better for most gamers to spend a little more and go with a midrange GPU for a bit higher visual effects.