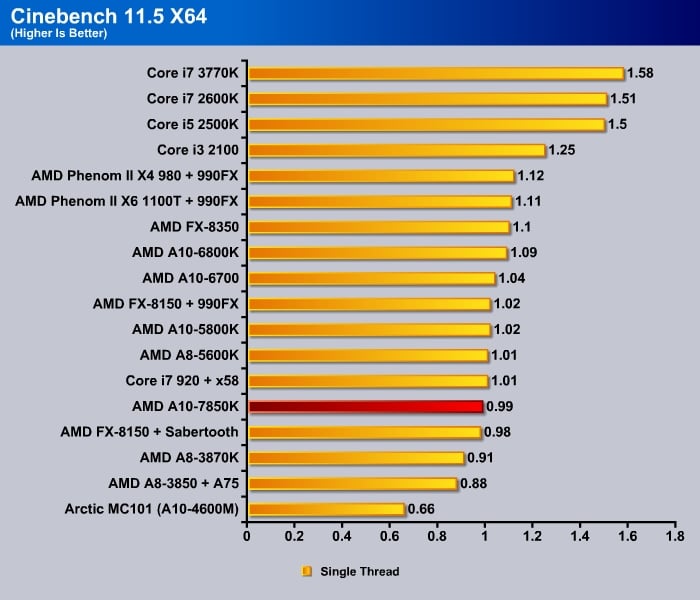 Cinebench in particular loved higher frequency and as a result, the A10-7850K took a hit here where it is about 10% slower than the A10-6800K (which is expected as the turbo frequency is reduced by 10%) 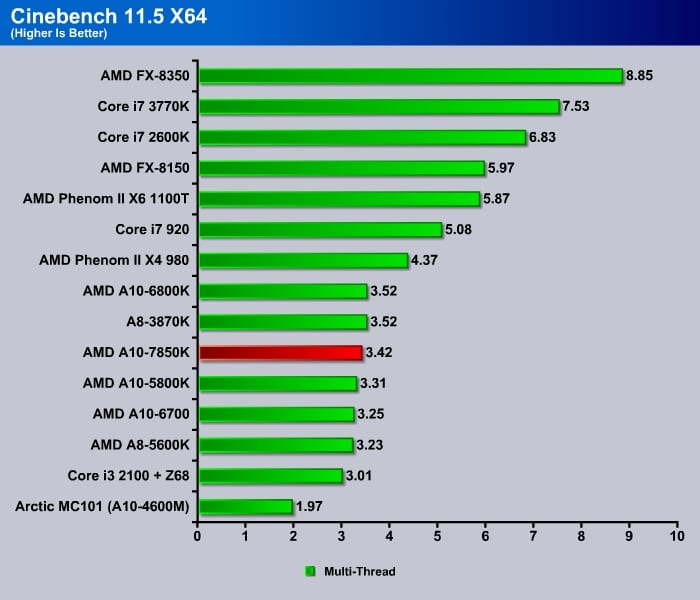 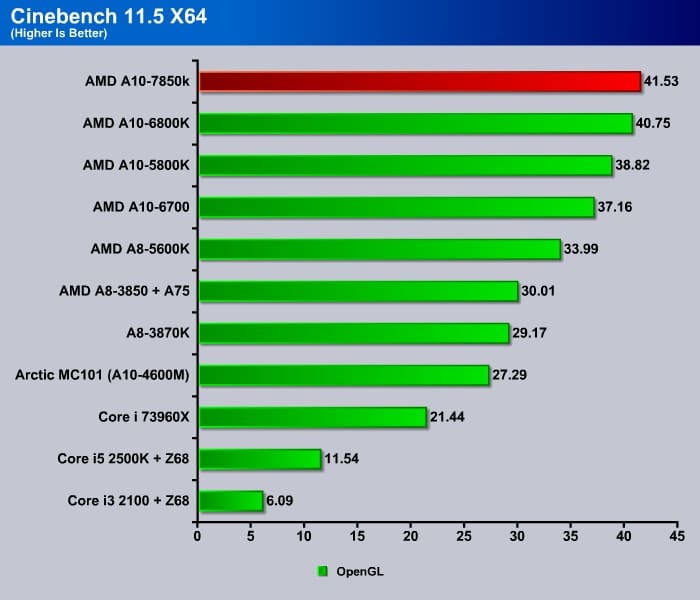 Let’s switch to the latest edition of Cinebench to see if the performance difference remains the same. 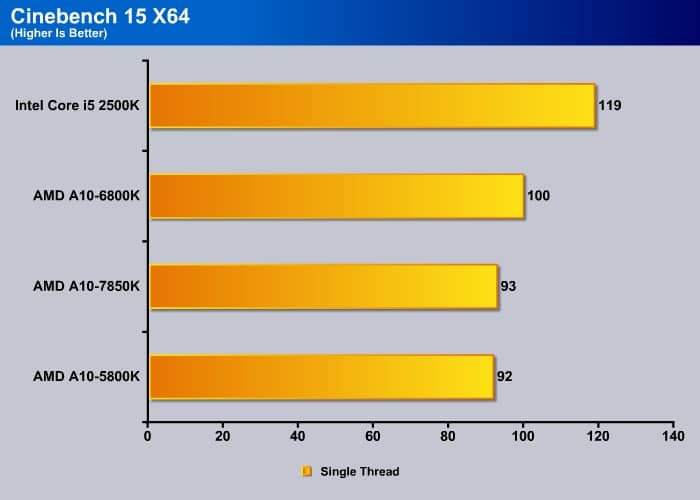 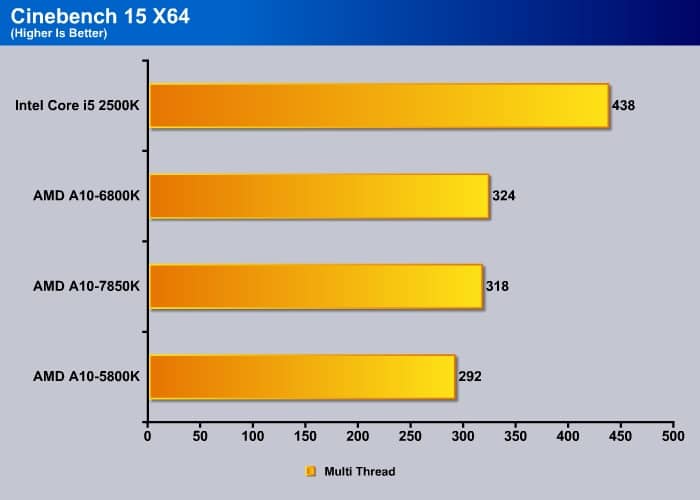 Like the Cinebench 11.5, the latest edition also has the A10-7850K coming behind the A10-6800K. Similar to what we have already seen, the single thread shows a much bigger difference in the performance but the multi-thread is much closer between the two where there is just a very small difference. 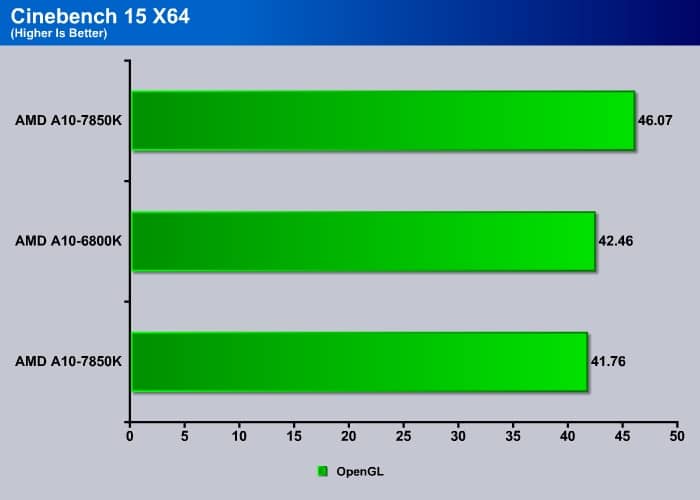 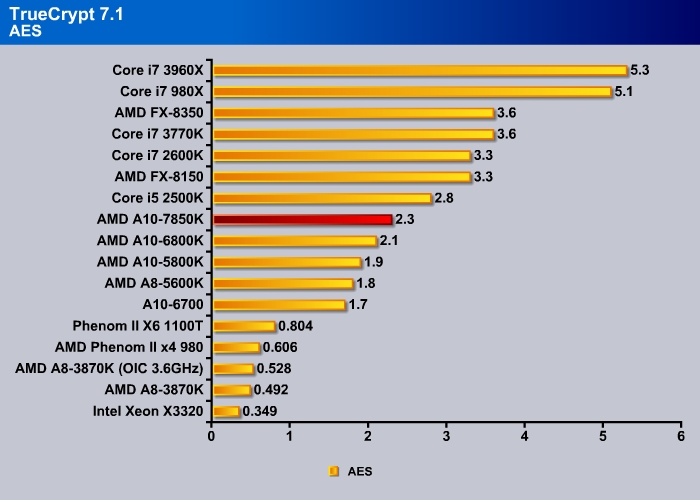 A10-7850K performs quite well in TrueCrypt where it get 10% improvement over the A10-6800K despite 400MHz reduction in the clockspeed. Truecrypt often scale quite linear with the CPU clockspeed of the same architecture so this test gives us a good idea just how much architectural improvement on the Steamroller over the Richland/Trinity. 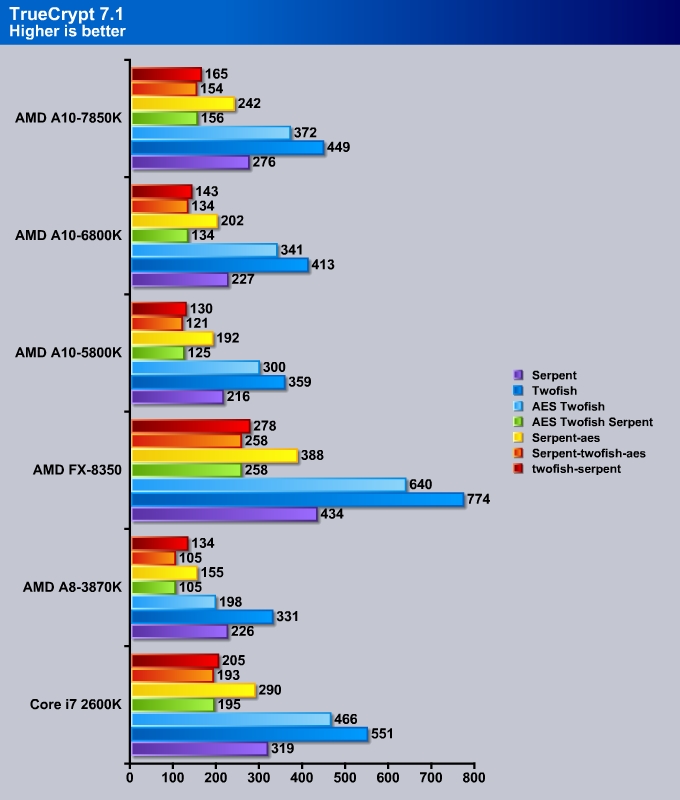