We turn to LuxMark to measure the APU’s compute power. 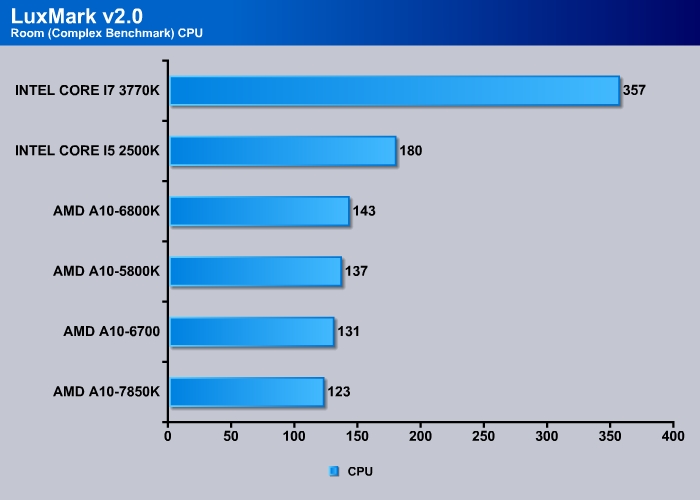 Starting with the CPU,we can see that the A10-7850K actually is slower than the older APUs due to the fact it is running at lower clockspeed. 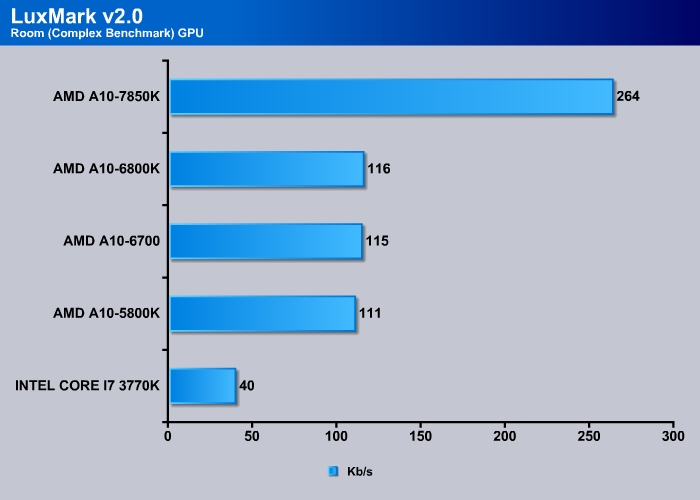 Combining the CPU and GPU, we can see that the A10-7850K is about 30% faster than the A10-6800K. While the additional improvement still not able to get AMD’s APU to compete against the Intel’s offering, it at least putting the chip in a much more competitive category. Obviously, AMD still needs software developers to optimize their codes in order to truly unleash its fullest potential. 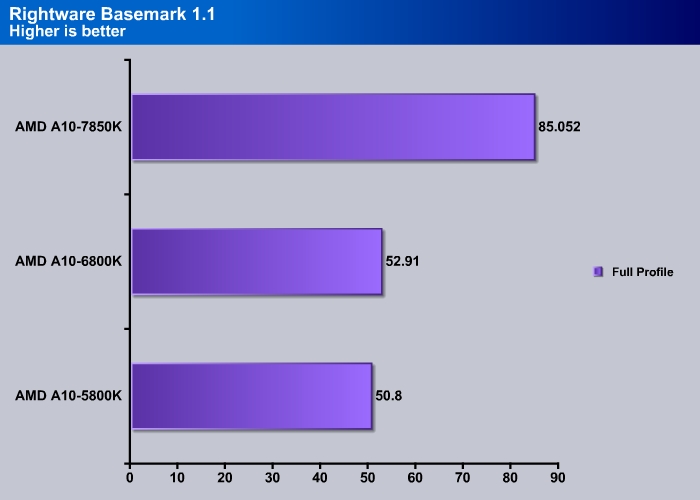 Looking at the basemark benchmark and we can see that Kaveri is about 60% faster than the A10-6800K. 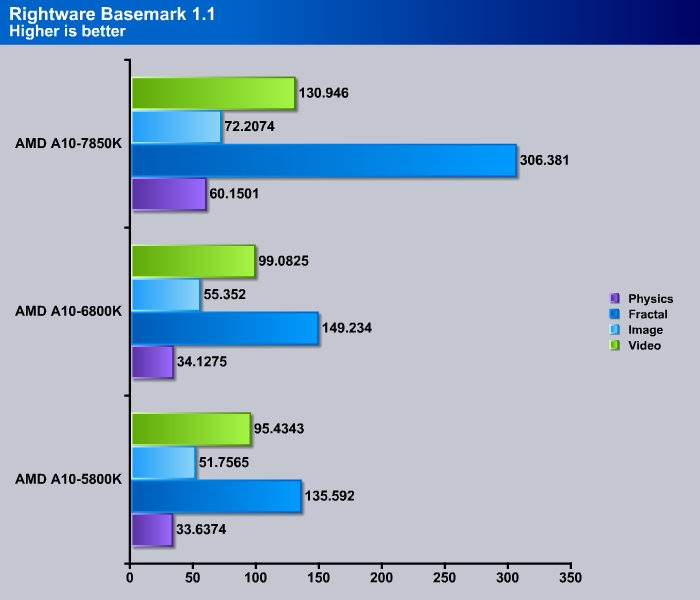 When we break down into individual tests, we can see that the performance ranges from 30% to 100% improvement over the A10-6800K. The image test gets the best improvement probably due to the elimination of the needless copying of data between the GPU and the CPU since this test focus on the bandwidth limitation stemming from moving data between the CPU and the GPU.