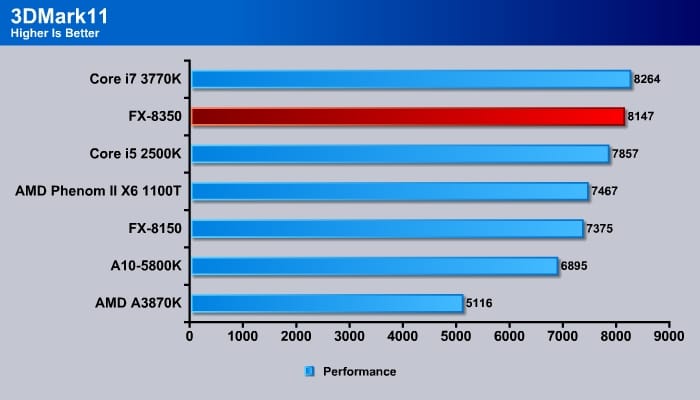 Lets start with the 3Dmark11 where we notice a 10% improvement in the overall score. 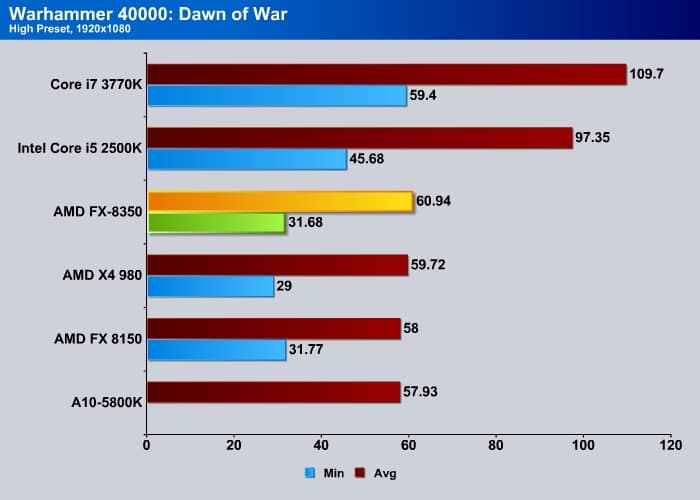 Warhammer 4000: Dawn of War is a CPU bound game where we can see the Intel CPUs take the top spot due to its better single thread performance. Notice that all of the AMD’s CPUs perform relative close to each other regardless if it is the older Phenom II, FX series (Bulldozer or Vishera), or the Piledriver based APUs. Compare the FX-8350 to the FX-8150, we see a 5% improvement. 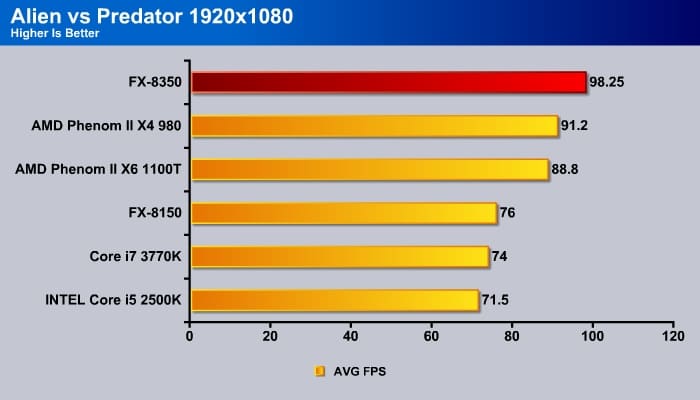 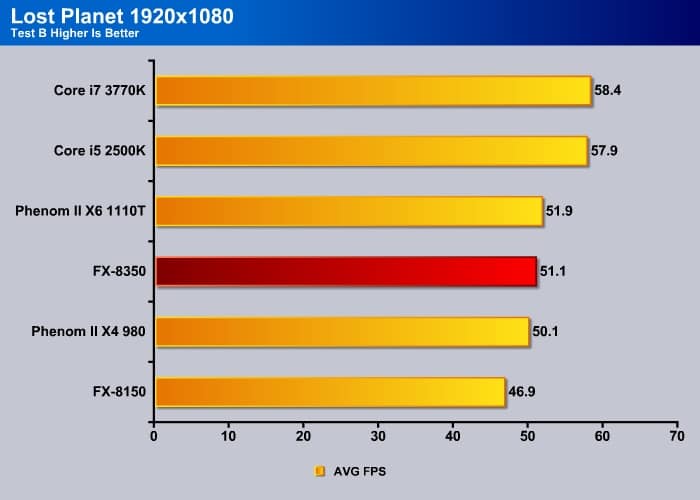 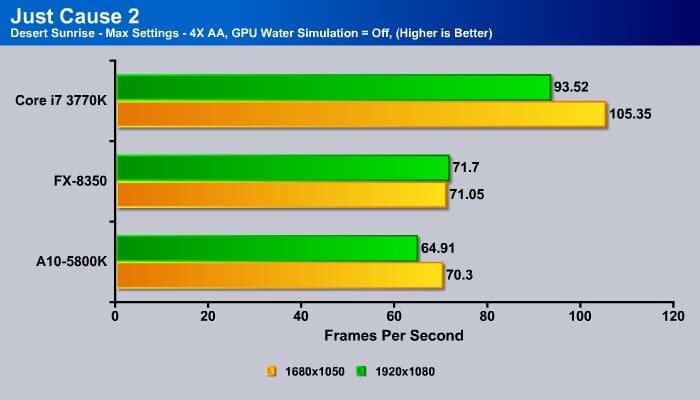 Just Cause 2 is also another CPU bound game where we can see that single thread performance of the Piledriver based CPU/APU are performing about the same at lower resolution. Up the resolution to 1080p and the FX-8350 starts to pull ahead. 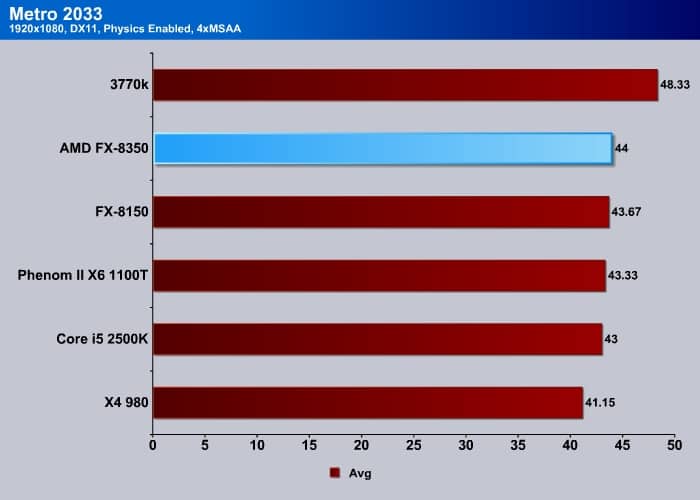 With more GPU demanding game titles, the FX-8350 is able to keep up with the Intel’s offering where we can see the FX-8350 narrowly edges out the Core i5 2500K.

Ultimately, what we can conclude from our benchmarks is that in terms of gaming, the latest FX-8350 should be able to perform at least the same level as the older Phenom II based CPUs (light threads), an area where the FX-8150 sometimes fail to accomplish. Under heavy threaded games, the FX-8350 can delivers up to 10% improvements over the FX-8150. In addition, if the games are not particularly CPU bound, then the FX-8350 can certainly keep up with what Intel has to offer at the same price bracket but if it is CPU bound, then the Intel still offers better option with up to 30% improvements. 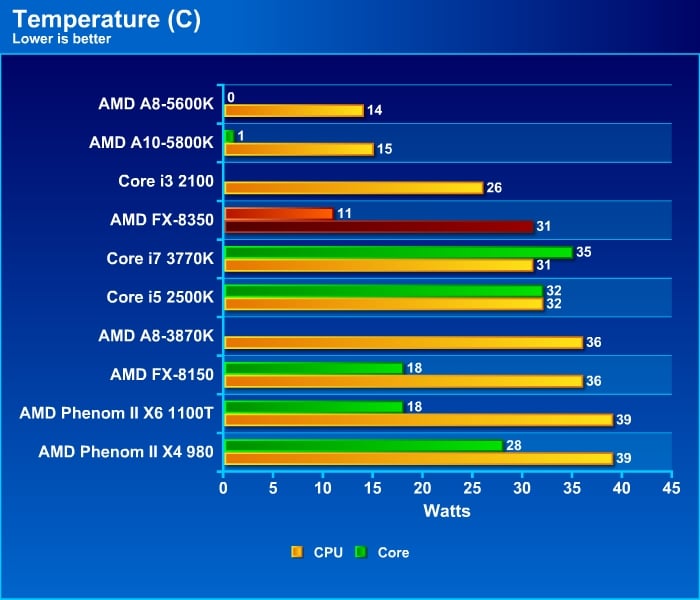 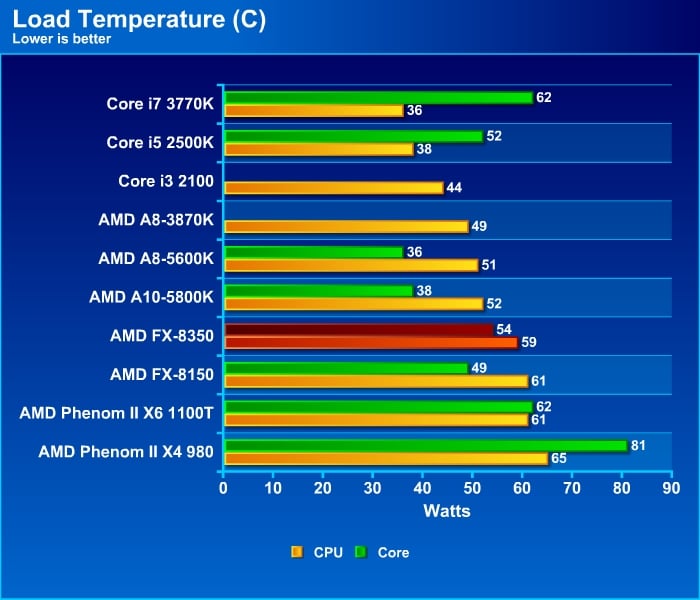 The idle temperature for the FX-8350 shows a slight improvement over the FX-8150. However, under load, it is tad hotter due to faster clockspeed. 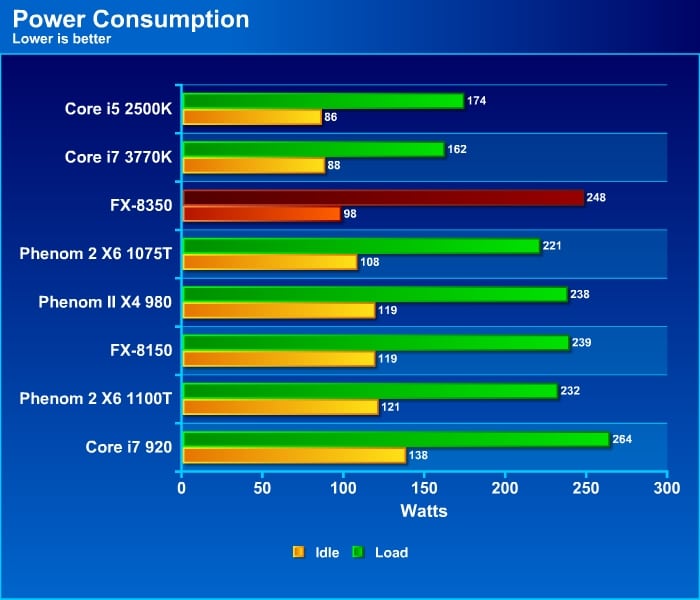 For power consumption, we see the FX-8350 sheds off 20 watts of power or 17% idle. However, under load, we noticed that the system consumes 9 watts more than the FX-8150. The move to a lower idle system power consumption is a right step from AMD. While the FX-8350 is still not up to the same level as Intel’s offering, it is significantly improved over the Bulldozer. We do hope that load power can be further reduced in the next iteration. 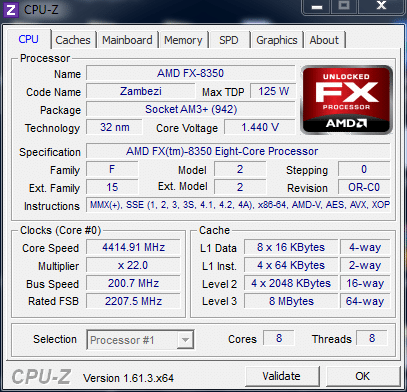 With FX-8350, we were able to overclock the CPU to 4.4GHz pretty easily with air cooler, which is similar result to what we had seen with the Bulldozer. We kind of expected to see the same result since both chips are based on the same fabrication nodes. However, we did notice that with the FX-8350, overclocking it appears to be slightly more challenging as the system often will hard-lock whenever the temperature reached 65ºC. Thus, if you wish to push the CPU to its limits, it would require some extreme cooling. We are currently testing the overclocking result with water-cooling and/or liquid nitrogen result as well, so stay tuned to see just how far you can push it.