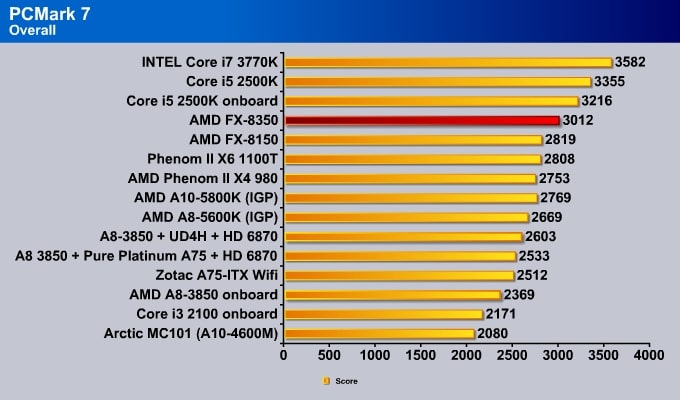 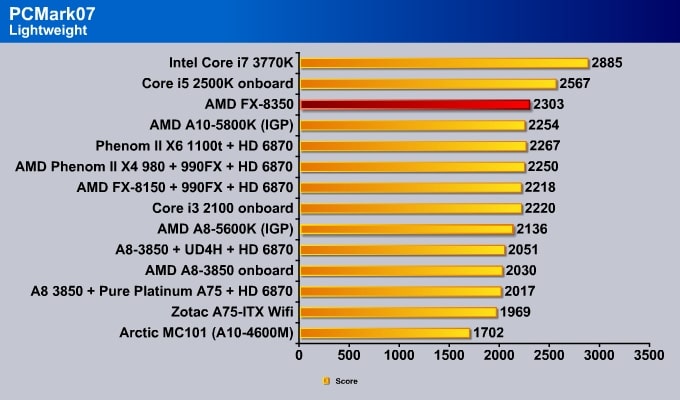 Looking at the lightweight task, we can see that the single thread performance for the CPU has improved, and the FX-8350 is now faster than the older Phenom CPU but AMD still lags significantly behind Intel’s Sandy Bridge. 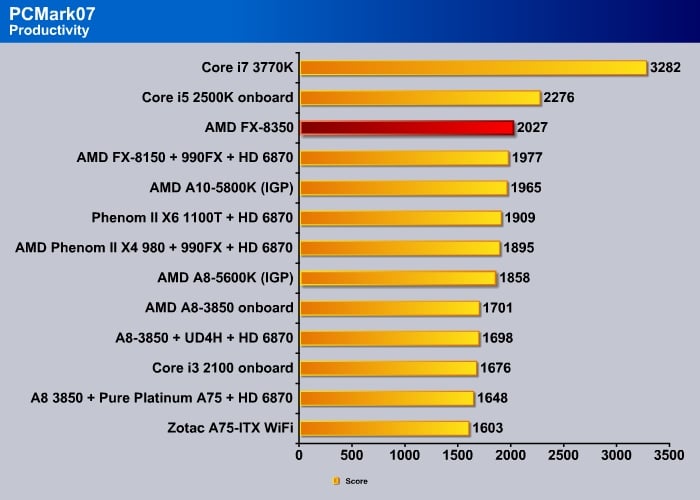 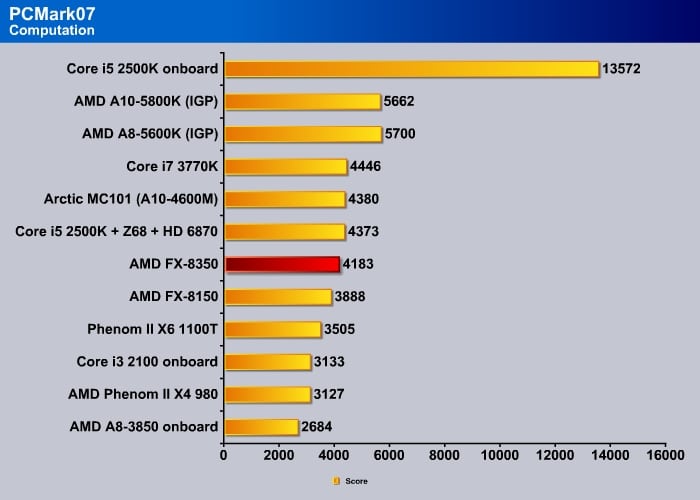 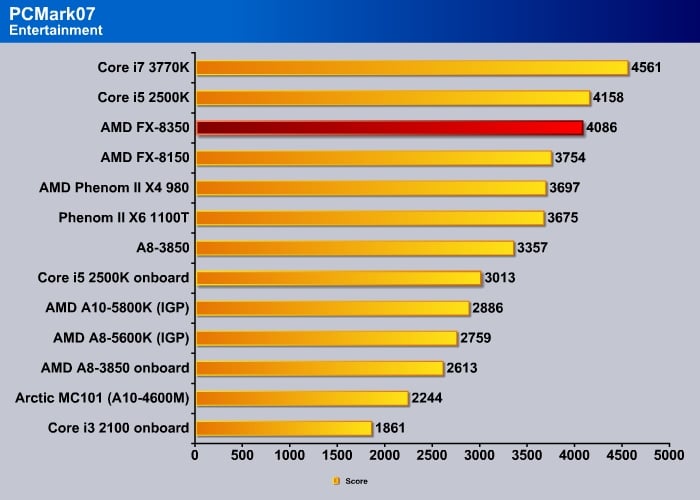 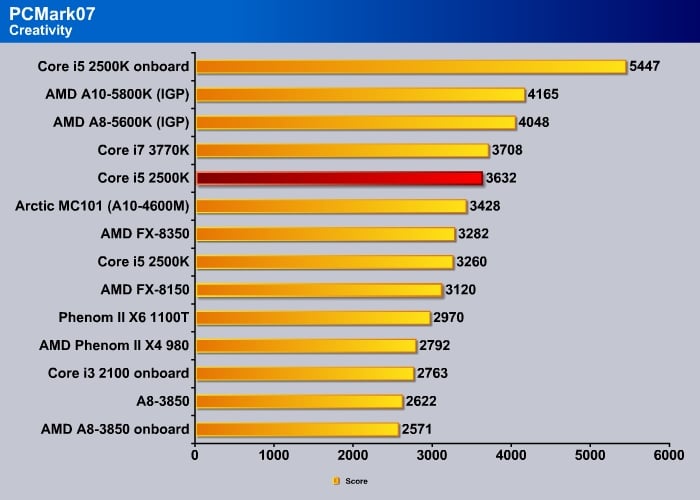 The rest of the 3DMark 07 benchmark suit mimics the overall score where we see the FX-8350 is about 5~8% faster than the FX-8150. The Core i5 2500K is faster in every test where it is either slightly higher or up to 10% depending on the workload.