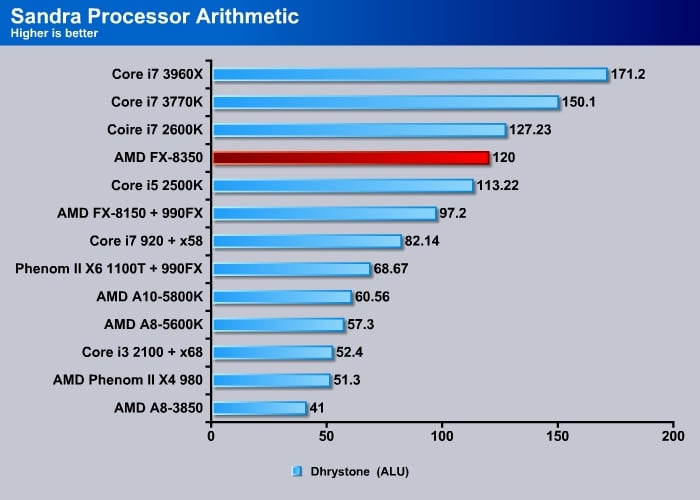 Sandra is a synthetic benchmark that may not always translates into real-world application performance. However, we still use it to give us an idea about a chip’s raw performance. As always, take the results here with a grain of salt. 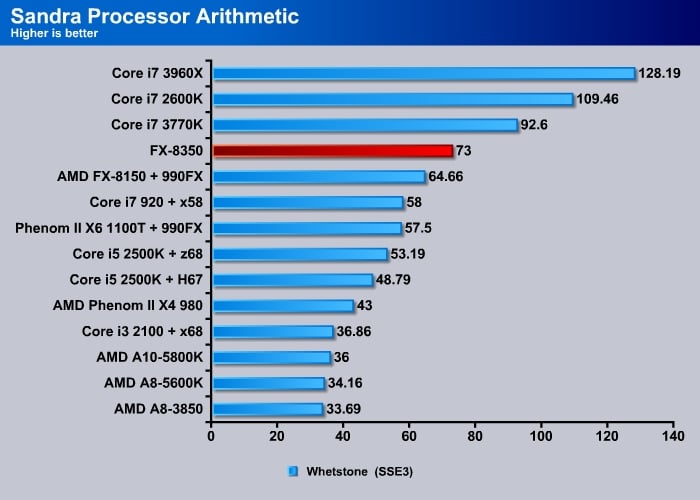 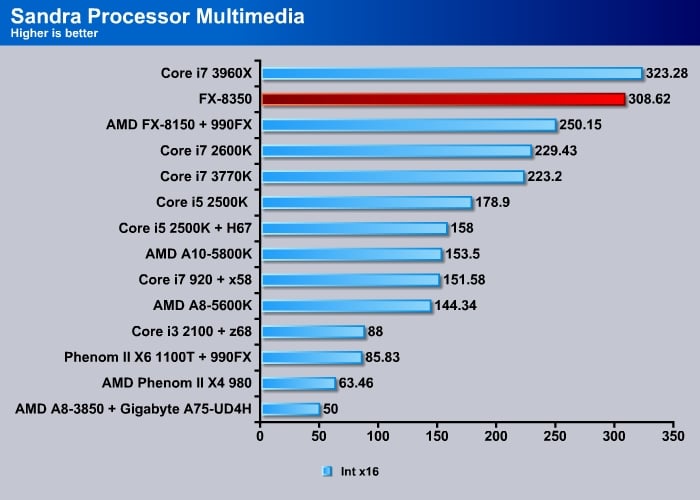 Armed with eight integer cores, the FX processors perform quite well here compare to Intel’s quad core offering. Here we can see a 23% improvement over the FX-8150. Only the six-core Sandy Bridge E is able to out-perform the FX CPUs. 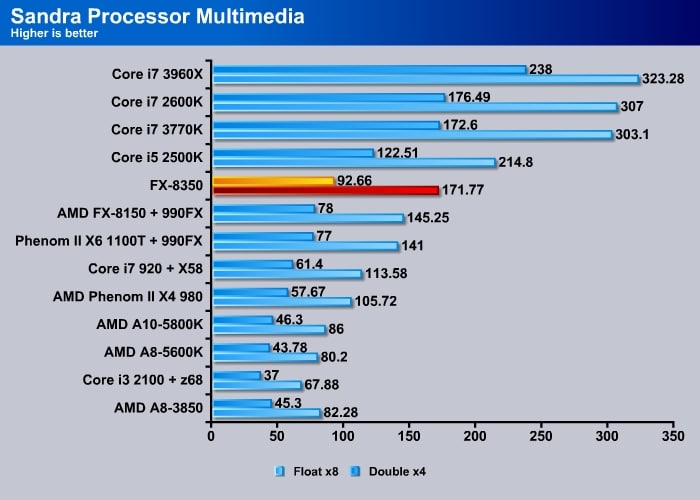 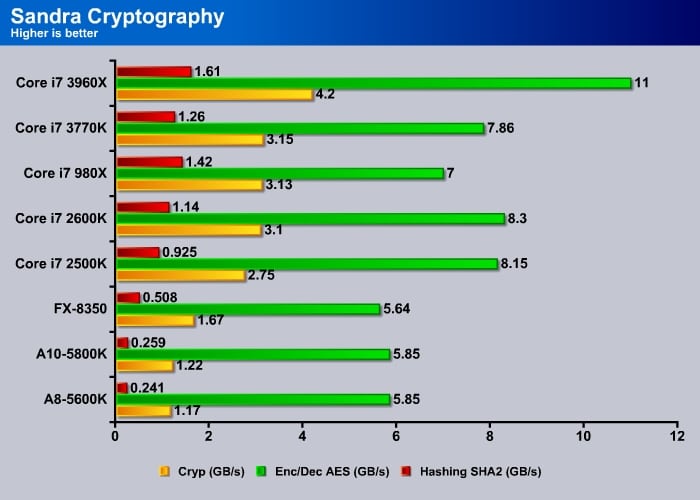 Sandra’s Cryptology benchmark puts Intel ahead of the AMD’s CPUs. 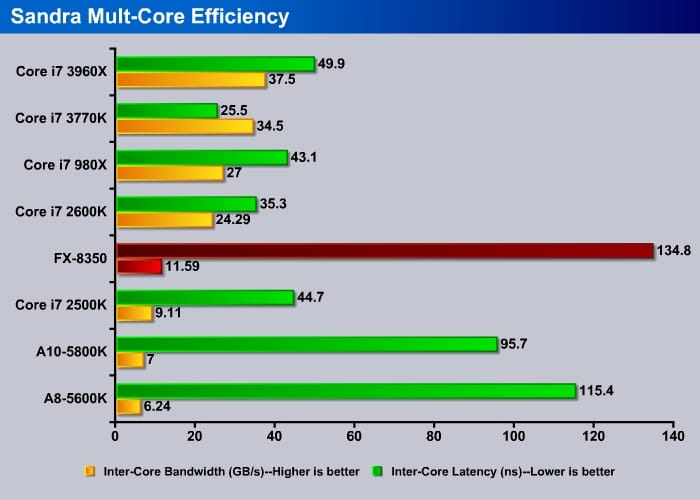 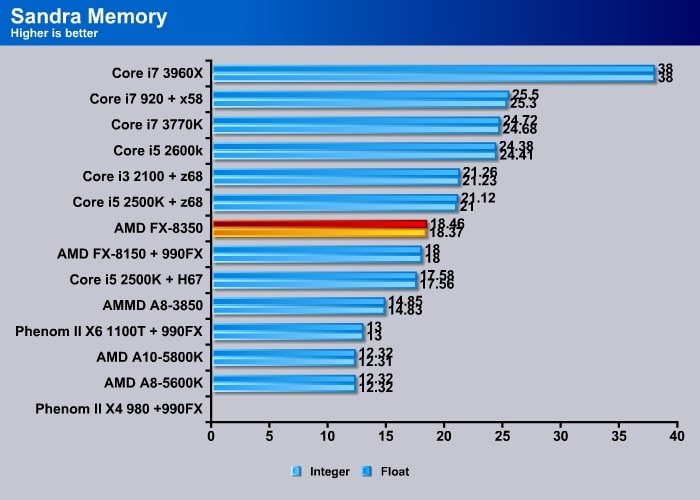 AMD has not made much change to the memory subsystem of the Piledriver and as a result, the memory bandwidth remains the same on the FX-8350.

Like Sandra, AIDA64 is also another synthetic benchmark that tests CPU and system’s performance. 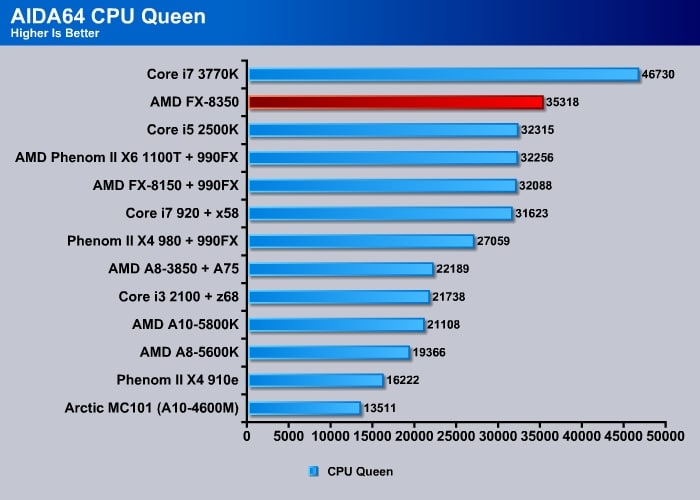 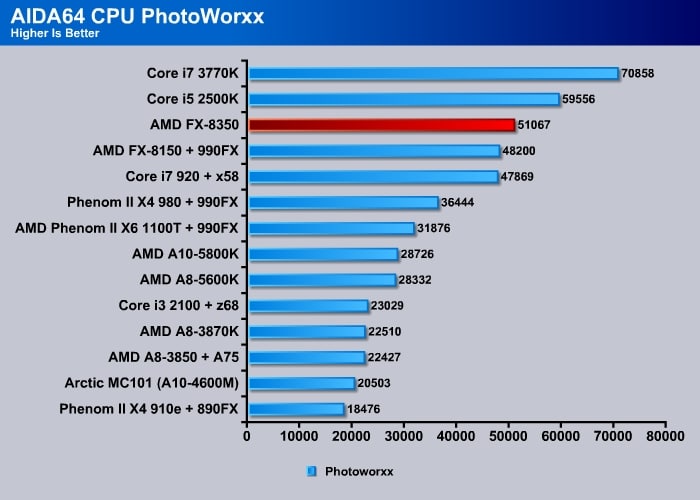 In Photoworxx benchmark, we only see a 5% gain. 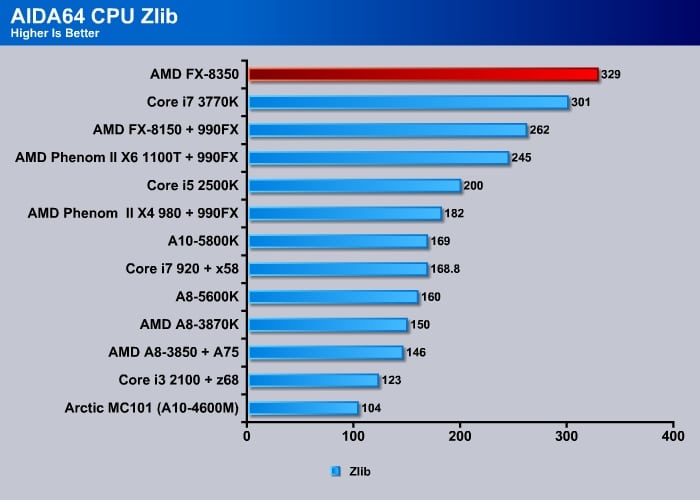 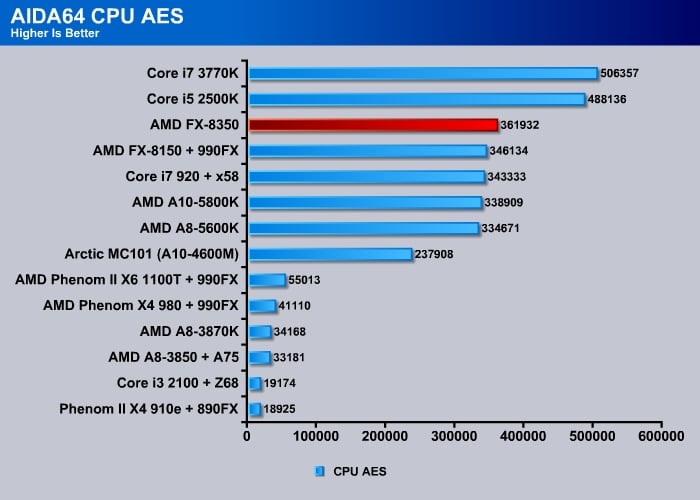 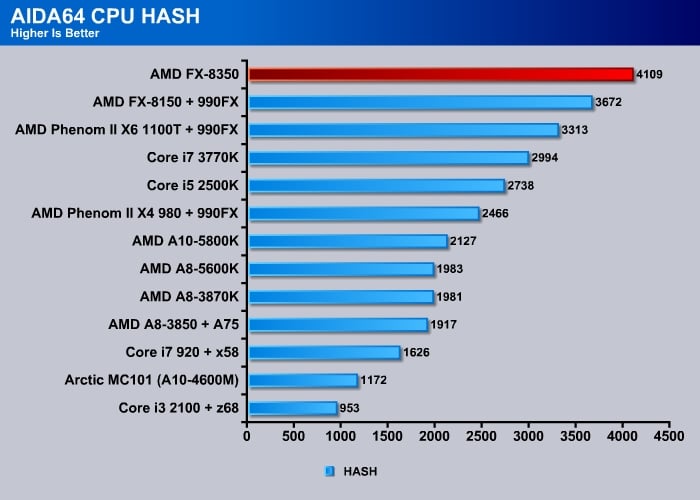 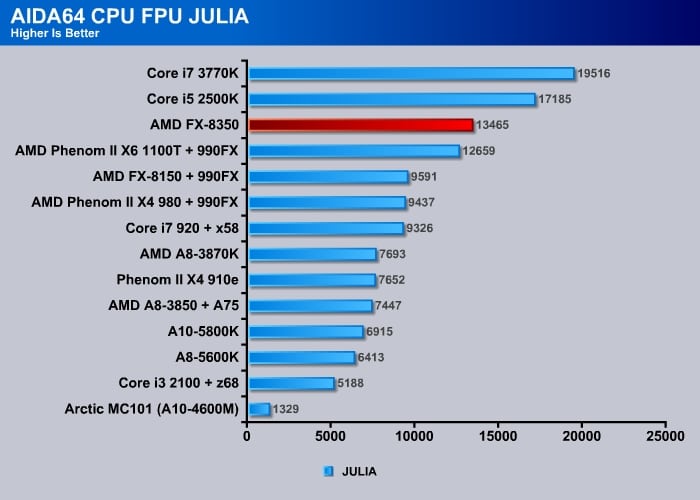 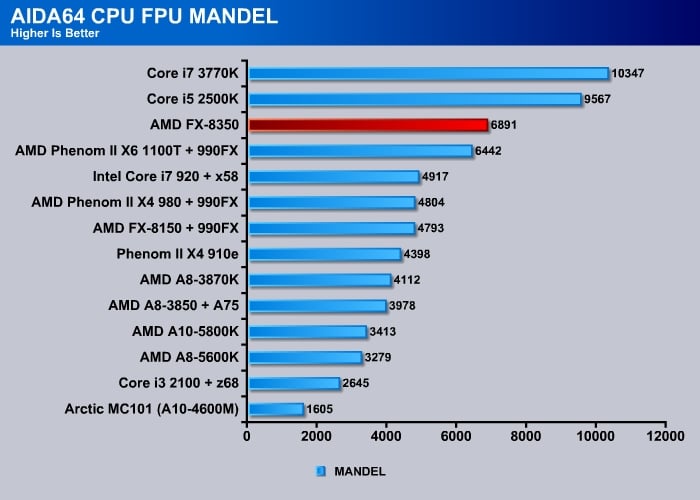 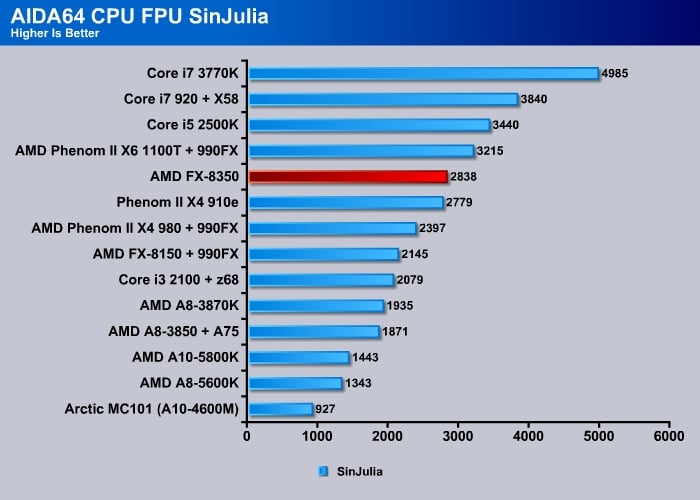 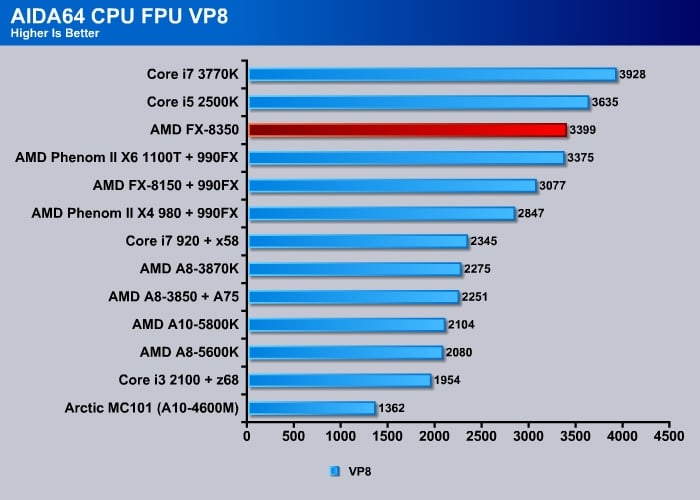 When comes to floating point calculations, we see the FX-8350 shows significant improvement over the FX-8150 in both Julia, Mendel, and VP8 benchmarks. While the FX-8150 failed to keep up with the Phenom II X6 1100T, the FX-8350 is able to deliver slightly better performance over the six-core Phenom CPU. The Intel Core i5 still dominates the float point calculation but at least AMD’s latest flagship desktop CPU is fast enough to replace the Phenom six cores. 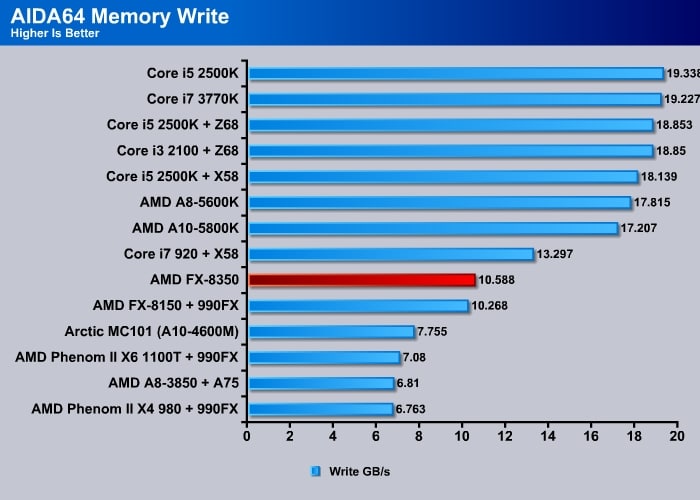 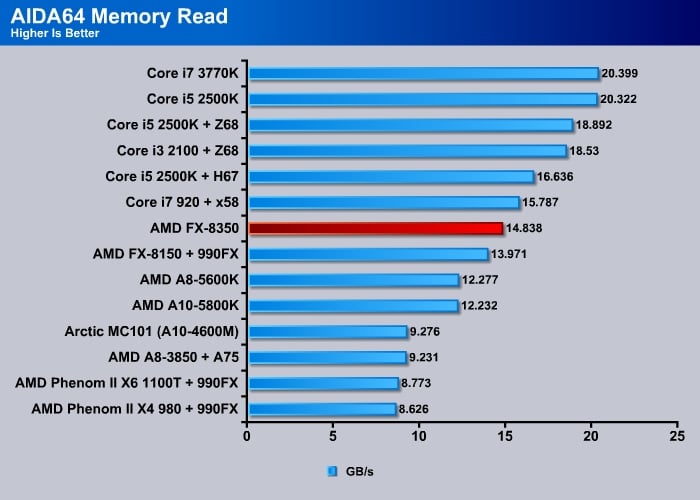 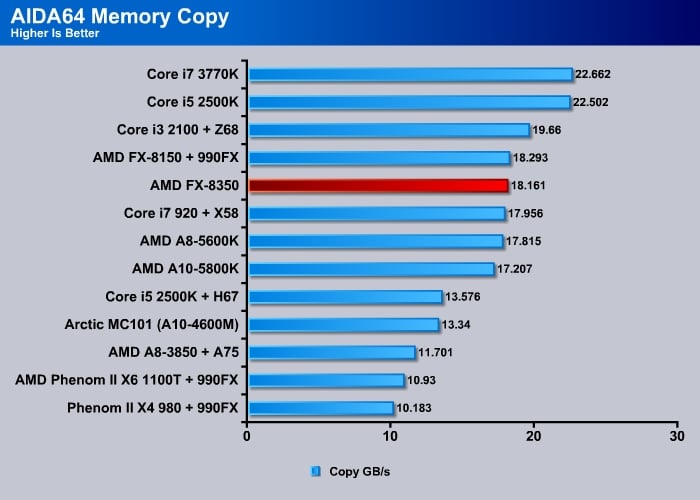 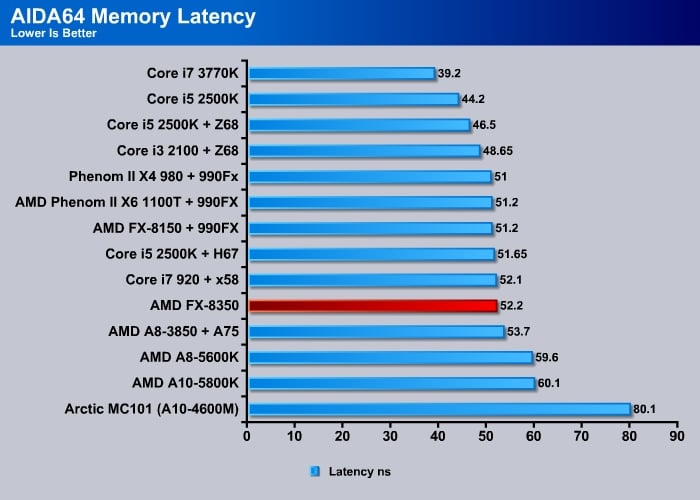 AMD has not done much improvement on the Piledriver’s memory controller so we did not expect much of the performance difference here. There is a slightly higher bandwidth in memory read and write on the FX-8350 but the latency is a bit slower.