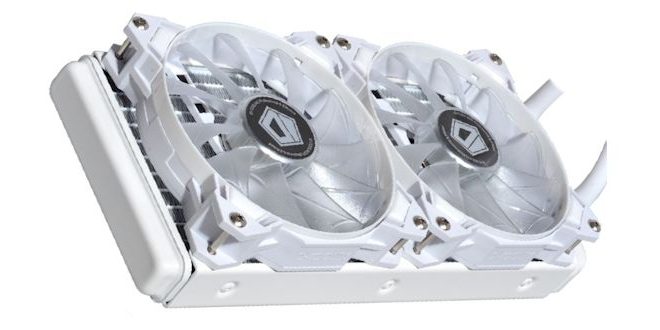 ID-Cooling recently released its ICKKIMO 240W Dual Radiator White water cooling all-in-one setup. With white cases out there and mostly black water cooling solutions, we couldn’t pass this one up. Being an all-in-one water cooling solution, the ICEKIMO is a maintenance-free dual radiator water cooler aimed at Intel 1366, 2100-v3 and 1151 LGA sockets, as well as all mainstream AMD sockets (FM2 – AM3+). Featuring an all-copper base with micro-fin channeling inside the water block, the 27mm x 240mm radiator is serviced by a 96L/H pump and two 62CFM PWN fans. The pump is a 2000rpm, 3-pin non-PWM connector and we would have liked to see a non-voltage control on the pump (PWM) itself, but aren’t sure that’s a feature a lot of people would use anyway. The pump is rated at 12v 0.25A, sipping a mere three watts of power and whisper quiet. The PWM fans run at 800 – 1600Rpm at 12v 0.18a, and 2.16 watts, pushing a maximum of 62 CFM at 26.4dB(A). 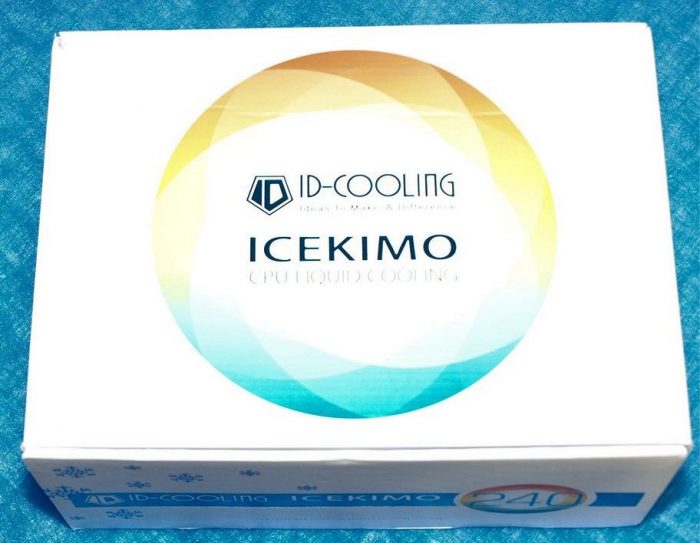 The ID-Cooling ICEKIMO is your only choice for matching your White Chassis's theme if you want a White Water Cooler. performance is in line with other Dual Radiator Water Coolers if a bit pricey at $99.99.