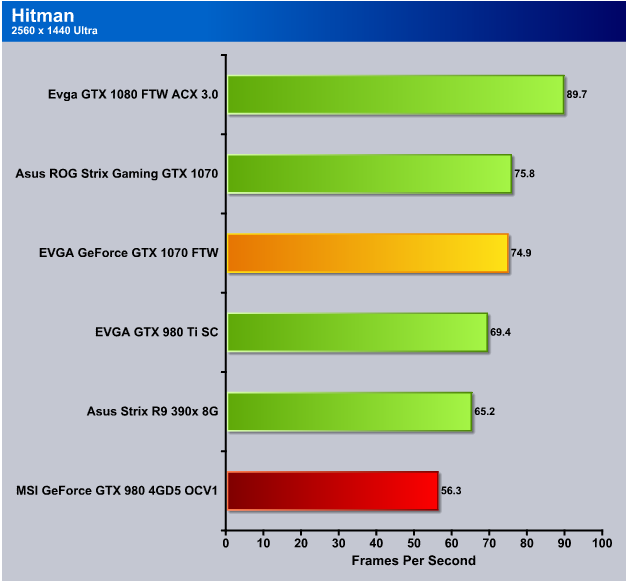 The EVGA GeForce GTX 1070 FTW GAMING ACX 3.0 was shooting 74.9 FPS at Hitman, scoring solid hits on its target with no stutter lag or frame flipping. 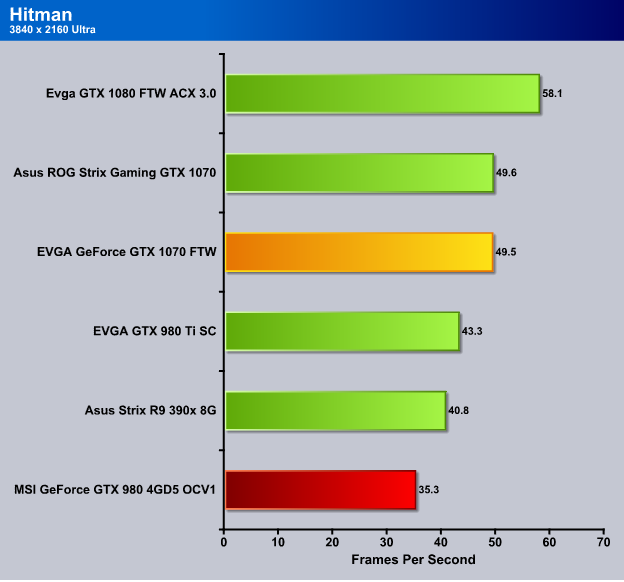 We cranked the resolution up to 4K and the EVGA GeForce GTX 1070 FTW GAMING ACX 3.0 was still spitting 49.5 FPS like a hot sub-machine gun in the hands of a trigger-happy gangster. 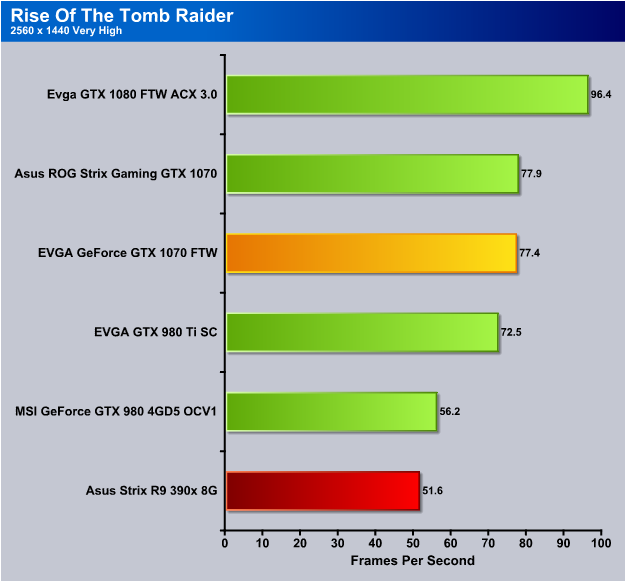 Testing Rise Of The Tomb Raider at 1440p with the EVGA GeForce GTX 1070 FTW GAMING ACX 3.0 was just a sheer pleasure and produced 77.4 FPS in this well optimized game. 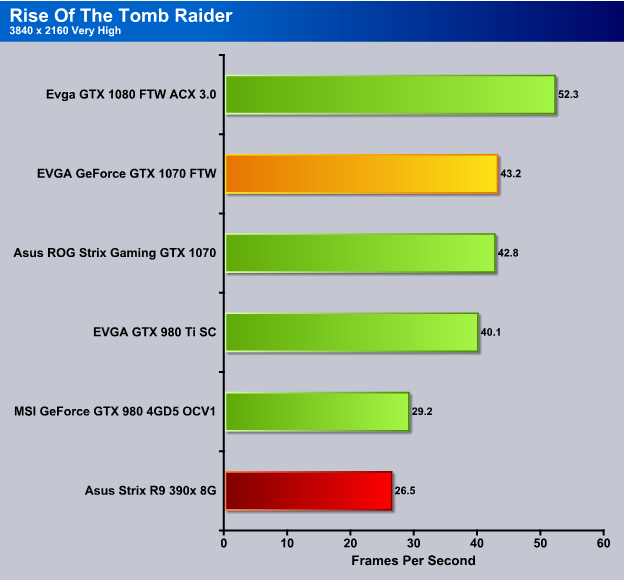 The EVGA GeForce GTX 1070 FTW GAMING ACX 3.0 hit the Tomb hard at 1440p as Lora Croft flew across the screen smoothly at 43.2 FPS. At times action adventure shooters can stutter just slightly, often breaking the continuity of game immersion, but not with the EVGA 1070. 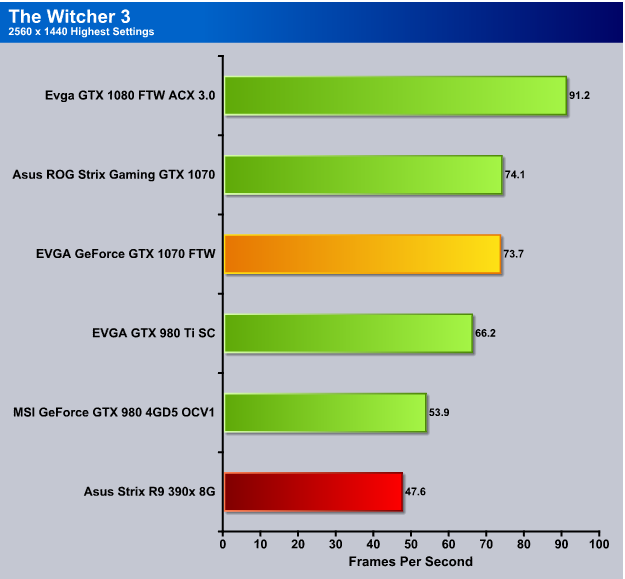 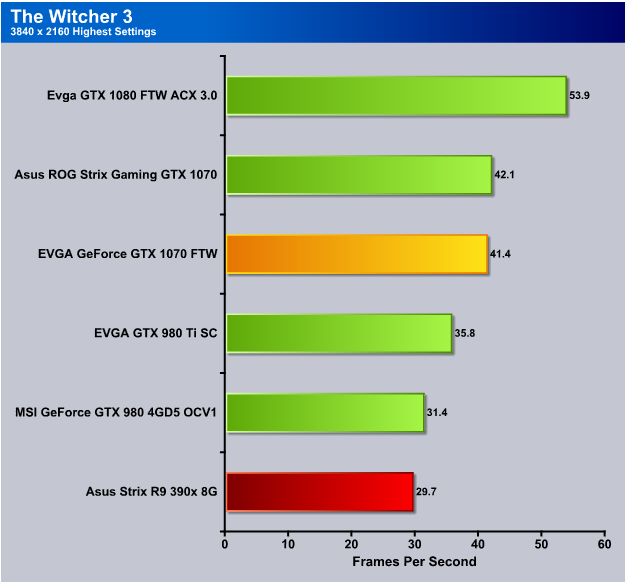 Witcher at 4K was just magnificently beautiful as the landscape rolled by under our feet at 41.4 FPS with no hiccups, stuttering, or glitches. The EVGA GeForce GTX 1070 FTW GAMING ACX 3.0 is handling every torturous test we throw at it.