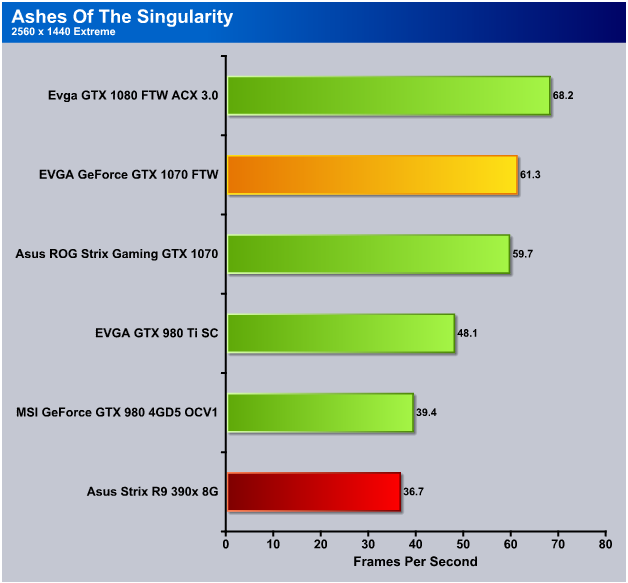 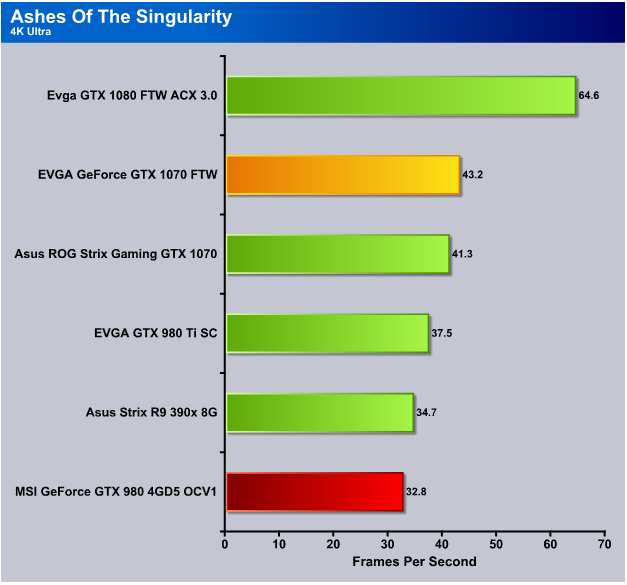 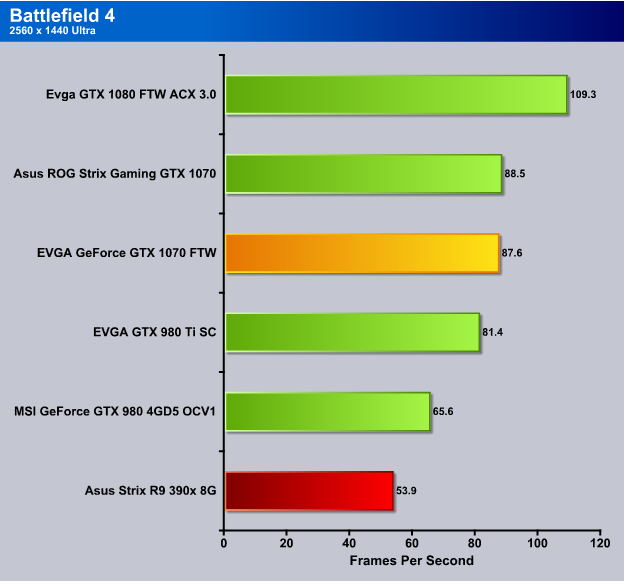 Battlefield 4 at 1440p yielded us 87.6 FPS,  falling just a hair behind the Asus GTX 1070 offering, but not by enough to make any real difference. 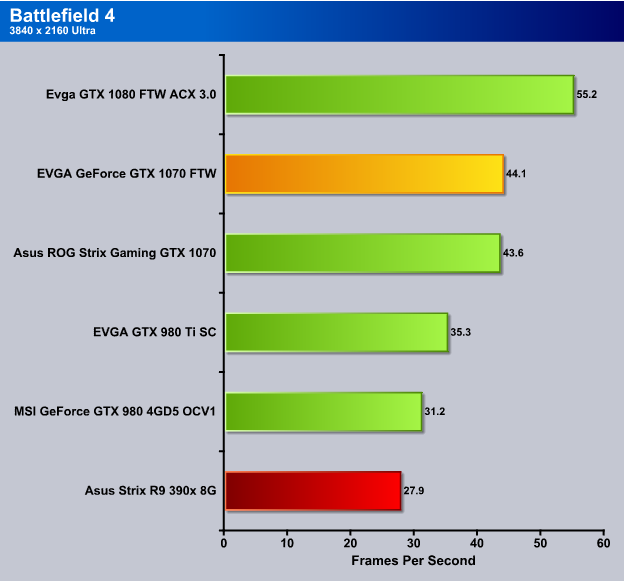 The last generation of GTX 9xx cards struggled and mostly had to be run at lower graphical settings at 4K but the EVGA GeForce GTX 1070 FTW GAMING ACX 3.0 smashes through enemy lines and tosses 44.1 FPS at Battlefield 4. 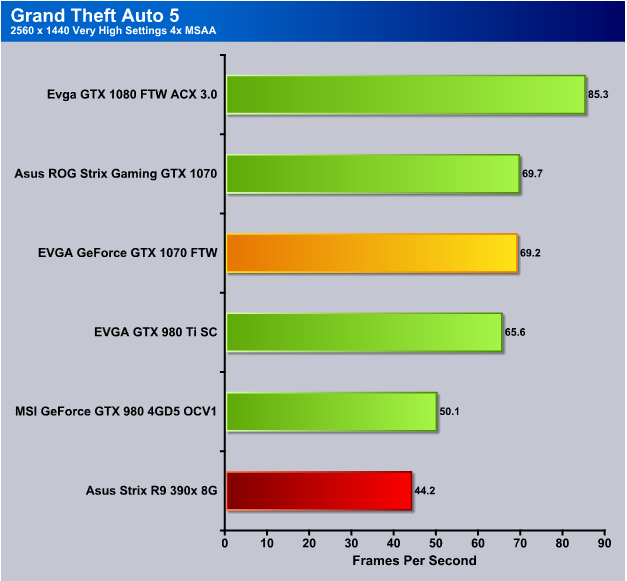 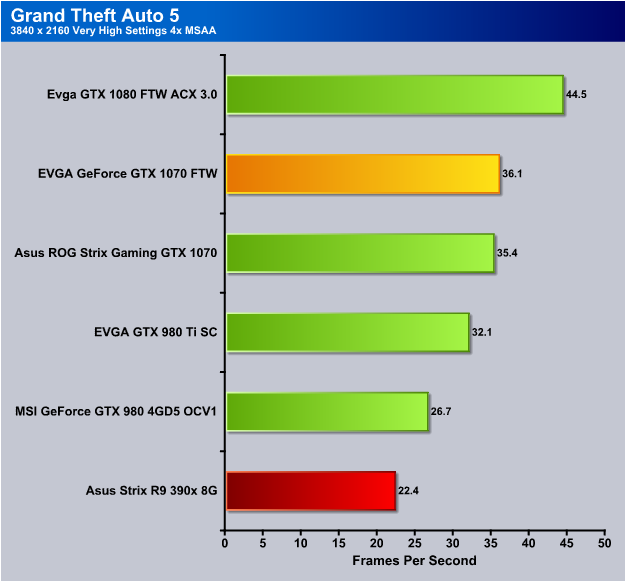 We hit 36.1 FPS in the 4K testing portion of GTA 5 and every card below the GTX 1070’s generation only saw the tail lights of the EVGA GeForce GTX 1070 FTW GAMING ACX 3.0. It might have just been the red LED setting we had on this frame chewing monster.