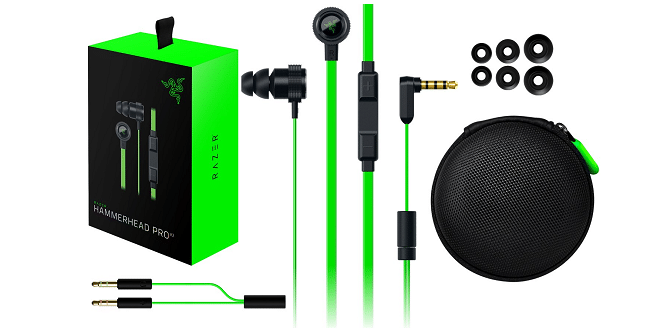 The Razer Hammerhead Pro V2 performs well during both music and gaming uses, and the 10mm drivers give bass effects in gaming a

quite realistic feel. Usually during gaming there’s not a lot of ambient noise interfering so we had no problem with that. Directional sounds were lacking, as in-ear headphones just can’t convey positional audio very well, as with foot steps and enemy movement the sound was all centered in the ear. You expect to lose some features with an in-ear headphone set and directional audio is one of them. Other than that, the Hammerhead Pro V2 performed majestically during gaming.

While on the go, ambient noise was a problem and the heavy bass of Razer family headphones at times overrides the vocals, but if you are into bass-heavy music, the Hammerhead Pro V2 is a good choice. During music testing while on the go, with the music set at a mid-level, ambient noise was a problem. While the earbuds did muffle the noise somewhat, the noise leakage interfered with the immersive quality of the music. 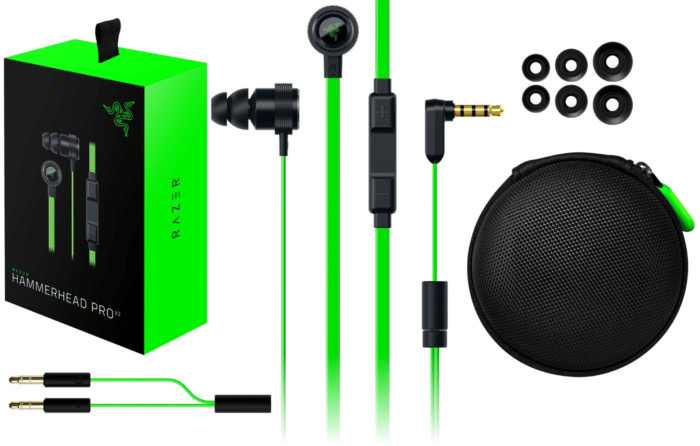 The Razer Hammerhead Pro V2 delivers in the gaming arena and gives acceptable music performance, if a little bass-heavy.