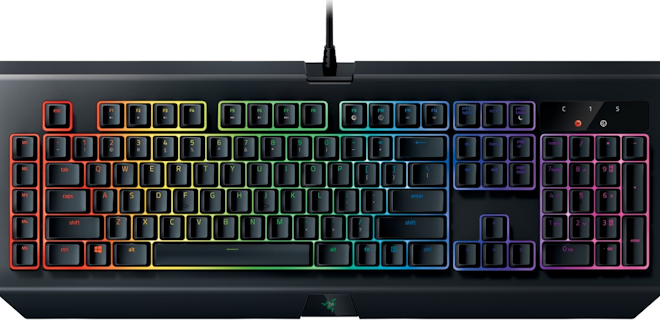 To list a few differences the BlackWidow Chroma has Razer Green Switches, no dedicated Macro Keys (some models), no USB or Audio pass-through, and had a single braided cord. The Black Widow Chroma V2 corrected those deficiencies and has 5 dedicated Macro Keys, USB and Audio pass-throughs, dual braided cord and most exciting Razer green, yellow and orange switches. Razer produces their own switches and controls the manufacturing process from beginning to end allowing them unprecedented control over quality. The attention to detail shows in the switches 80 million use guarantee where most Cherry MX switches we’ve seen and indeed most switches are rated at 50 million giving Razer switches a 30 million actuation advantage. 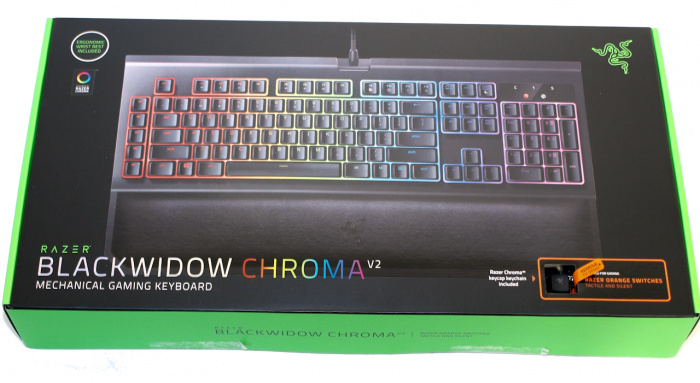 Something new, notice the bottom left-hand corner of the box, there’s a test key with battery. Just pull the orange tab and you can feel the switch tactile feedback and see it lit up and interesting marketing ploy on Razers part.

The Razer BlackWidow Chroma V2 Mechanical Gaming Keyboard is an instrument of virtual destruction you will want to have in your gaming arsenal.