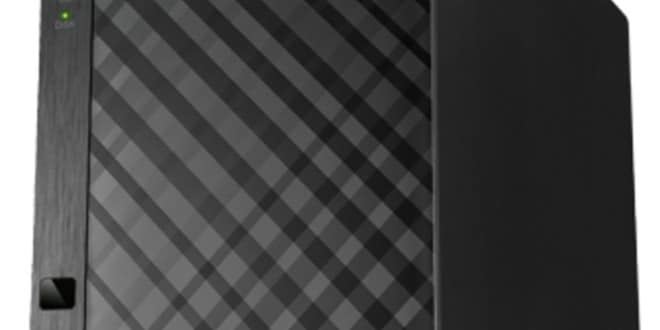 While ASUSTOR might be relatively new to the network game, it has hit the ground running with NAS devices like the AS1002T that we reviewed here.  While  being a 2 bay unit has its drawbacks and limits its RAID options when it comes to redundancy, we feel that ASUSTOR did a good job  at giving users the option  to hookup an external drive through the USB 3.0 ports.  The connectivity options that ASUSTOR built into this unit with the two USB ports allow users to not only hook up an external drive but also printers, cd/dvd drive and Bluetooth and Wi-Fi dongles.

The heart of the AS1002T is its ADM 2.5 interface and setting up this NAS is so easy thanks to ADM’s easy to understand GUI interface.  Configuring the drives is as simple as a few clicks that have easy to understand directions. Once it is setup there are plenty of options for users that are laid out much like a person’s phone would be.   Using the ADM’s App store, users can configure the device with apps to fit it to their specific need. We were extremely pleased with the wide range of applications available to users that cover almost every possible need.   What we found even more surprising  was the open sourced environment that  allows users to create their own applications that can be used on their NAS.

The AS1002T is powered by a Marvel ARMADA 385 dual core 1GHz CPU and features 512MB of DDR memory.  During our extensive testing we found the hardware of the AS1002T to be more than enough to perform everything that the NAS was designed to do. Even while streaming to 2 devices and copying files to the NAS it managed flawlessly with a 1080P file.

With a retail price of just under $200 USD, we feel that this NAS is a very good option for home users to build their own home server that they can access anywhere.    The connectivity options for connecting devices via USB were also a nice added features in the AS1002T and the ADM interface was wonderful.    In our mind ADM was what really set this NAS over the top.  The ease of use that ASUSTOR  incorporated into this NAS ensures that even entry level  users can setup and use  the system. The apps store that is built into the ADM is an extremely  nice feature that gives users  access to  a wide range of apps that allows them to  configure and customize the NAS for a wide range of needs and requirements.

Upon taking everything into account, including that it is small, energy efficient and paired with the ADM interface, we here at Bjorn3D award the ASUSTOR AS1002T the Seal of Approval award.

[section_title title=Introduction and Specifications ] Introduction Not too long ago ASUS decided to get into Network Attached Storage (NAS) by launching its ASUSTOR brand.  Now the NAS market is relatively well established with its group of brands, so we were a bit surprised when the ASUSTOR entered the race in 2011. This market has become even richer over the last few years. Before this market was limited almost entirely to businesses.  Recently however as many users shift towards mobile devices and steaming, a growing number of users are turning towards NAS platforms that allow them to log in remotely even…
ASUSTOR AS1002T NAS
ASUSTOR AS1002T NAS
Kevin Arndt

While ASUSTOR might be relatively new to the network game, it has hit the ground running with NAS devices like the AS1002T that we reviewed here. While being a 2 bay unit has its drawbacks and limits its RAID options when it comes to redundancy, we feel that ASUSTOR did a good job at giving users the option to hookup an external drive through the USB 3.0 ports.