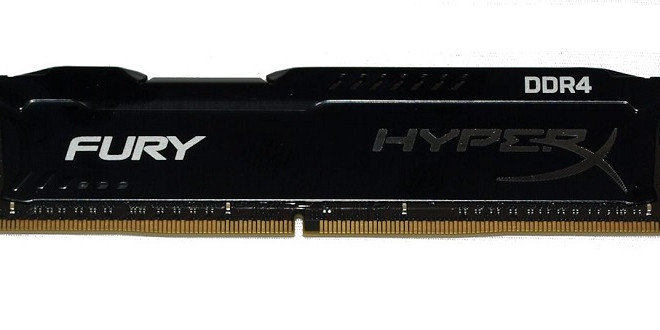 Skylake processors landed with a thundering applause and stores are sold out of the I7 6700K and production can’t keep up with demand yet. Since it’s not Intel’s “HEDP” High End Desktop Platform it uses Dual Channel Ram. The Haswell E (x99) processors use Quad Channel ram and we were a bit shocked to see Skylake drop with Dual Channel ram. Regardless of that the memory companies are locked into producing what Intel gears chipsets for so there are a slew of Dual Channel memory kits hitting the market. Today we have some Kingston HyperX Fury 2666 (15 17 17) in a 16GB Ram kit.

Ram has taken a wandering path and long ago about the time x58 hit we were seeing triple channel kits, previous to that we were seeing Dual Channel kits. Now X58 released in November of 2008 so Intel’s decision to limit Skylake to Dual channel is a big shock. We have faster kits today than we did 7 years ago but early boards and BIOS just didn’t like fast ram on the z170 Skylake chipset. Many boards wouldn’t boot over 2400MHz Ram. As the BIOS has matured it’s gotten easier and some kits above 2400 are booting right up but if you have an early BIOS you may need a slower kit of ram to initialize the board. Having had 5 boards in hand thus far one of the 5 boards booted to faster ram so you can take your chances with a 3000 – 3400MHz kit if you like but I’d make sure the motherboard manufacturer has a method of flashing the BIOS without having to boot the board first. 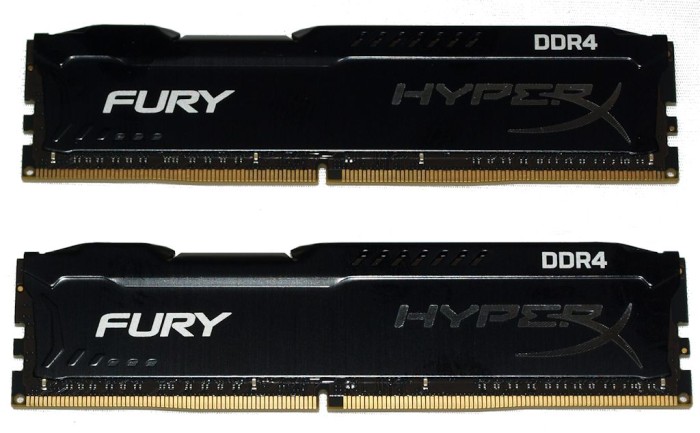 Kingston has used the same heatspreader on its Dual Channel kits as it has the Quad Channel Fury kits, the design is quite nice and fits into almost any color scheme computer.

Here’s a sticker shot in case you are trying to find this exact kit, the model number is HX426C15FBK2/16. Lets do some Ram Code recognition.

You know you have been a Nerd to long when you can decode ram module part numbers. 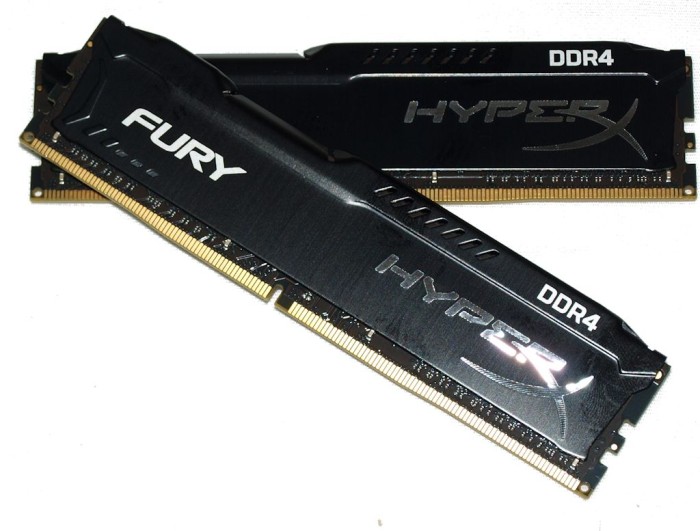 Of course the Kingston HyperX Fury 2666 MHz Dual Channel kit comes with Intel’s XMP for easy installs but it also has some other speeds and timings you may want to know about.

The XMP profile is obviously the easiest and we had no problem getting the Gigabyte Gaming G1 to initialize and install the kit after we reset CMOS. Like we mentioned some early boards had trouble initializing  higher sped ram so one trick we used was a set of 2400 MHz Quad core but only used one stick and all the boards so far recognized that, Once the 2400 MHz kit was recognized and we were into BIOS we upped the VCCIO and System agent voltage (that works for Asus and Gigabyte boards but on EVGA it’s PCH 1 and PCH 2). We merely upped the voltages on Asus and Gigabyte boards to 1.1v for System Agent and VCCIO but on the EVGA board the voltages required for PCH 1 and PCH 2 were in the 1.2v – 1.4v range.

If you got a faster kit and an Asus board you can use BIOS Flashback to get a newer BIOS without Ram or CPU on board. Of course if you have Ram and CPU you can still use BIOS Flashback and with a newer BIOS the faster kits were booting good to a point. You get up to the 3000 – 3400MHz kits you may have to use a lower speed to get into BIOS then up the appropriate voltages then save and shutdown. Swap out for the faster kit and if it loads your good and can make adjustments from there. If it doesn’t load you can reinstall the slower stick and up voltages more until it initializes the kit and boots. Most boards won’t need over 1.2v for System Agent and VCCIO to boot higher speed kits. 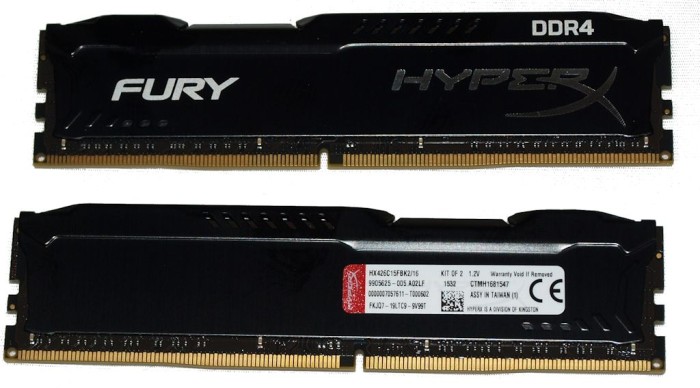 Here’s the front and back photo of the ram and the black styling seems to be a common theme with a lot of manufacturers and the ram banks being so close to the CPU now have made companies resort to lower profile ram kits.