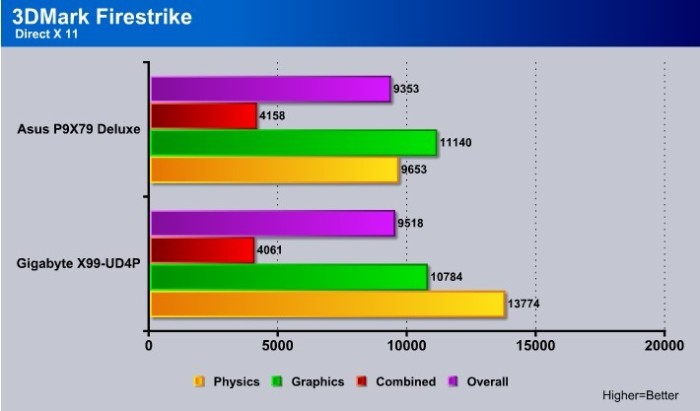 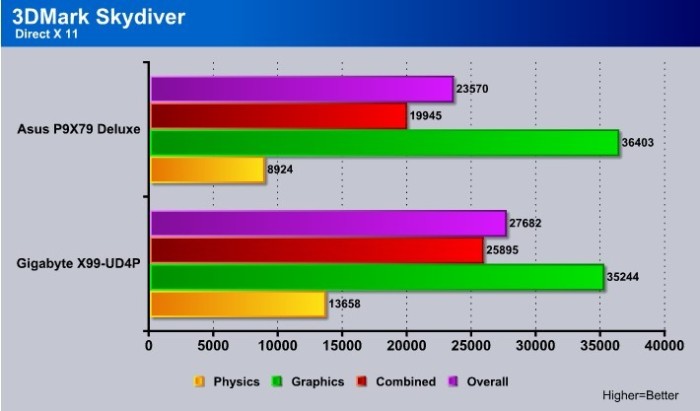 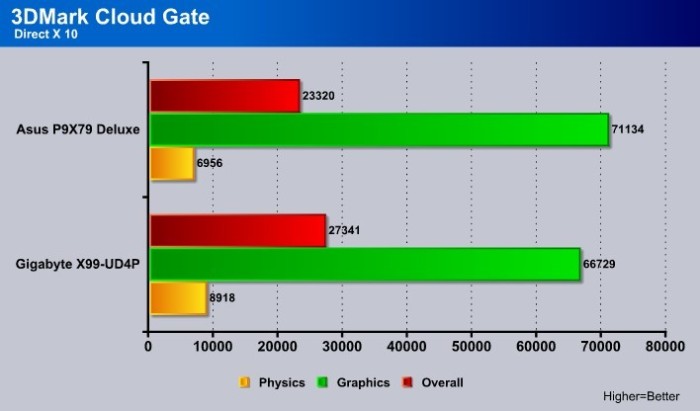 This test has two different modes of testing: a Direct X 11 mode, as well as a Mantle based API test. I tested both APIs at a resolution of 1920 x 1080, with extreme presets and in follow mode. 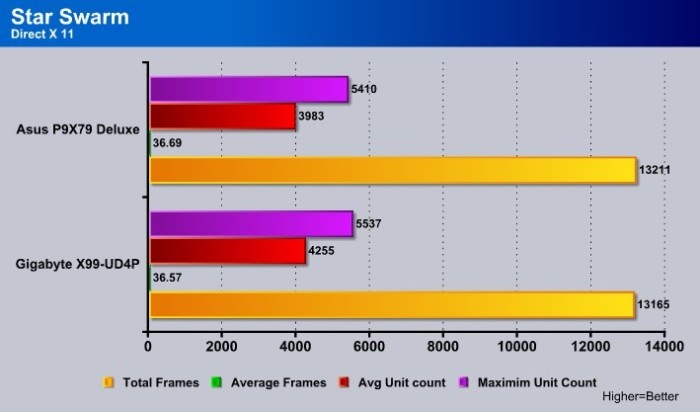 Looking at our Direct X 11 test results we can see that there is not much a difference. Both motherboards performed pretty much identical to one another. 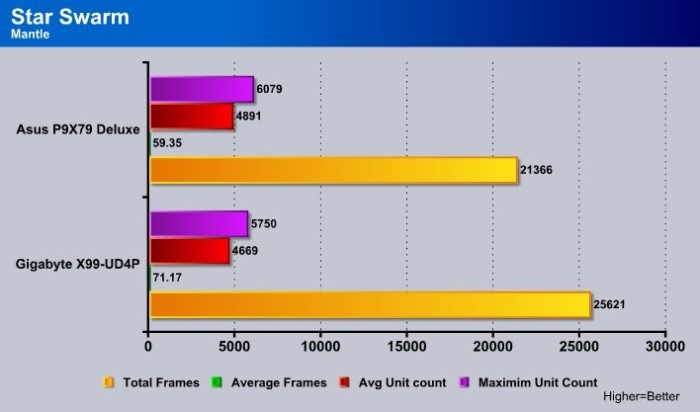 Now turning our attention over to Mantle testing, we start to see differences in our testing results. On both the Average and Maximum Unit Counts, the P9X79 Deluxe outperforms the X99-UD4P motherboard. But, the Average Frame Rates, and Total Frames on the X99-UD4P motherboard are significantly higher than the P9X79 Deluxe. This tells us that Mantle is in some ways influenced by the CPU threads available; the more the better.

This is an multi-platform testing program that can be used on a wide variety of different based architectures and on different based platforms including smartphones, tablets, laptops, and desktop computers. This program will use your native resolution and give you a scoring based upon that, all while taking in to account the video card and CPU type in each platform. Since my native resolution is 5760×1080 that is how I tested with this program. All other settings were left in their default parameters.
We have broken the results into two separate classifications. The first set of results are On-screen, while the second set of results are the Off-screen results. 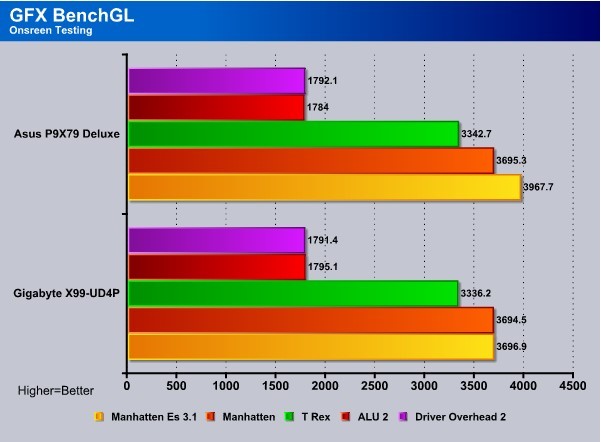 Looking at the On-screen results, the only real difference we can see from the two tested motherboards is during the Manhattan Es 3.1 test score. The ASUS P9X79 Deluxe motherboard has a 300 point lead over the Gigabyte X99-UD4P motherboard. 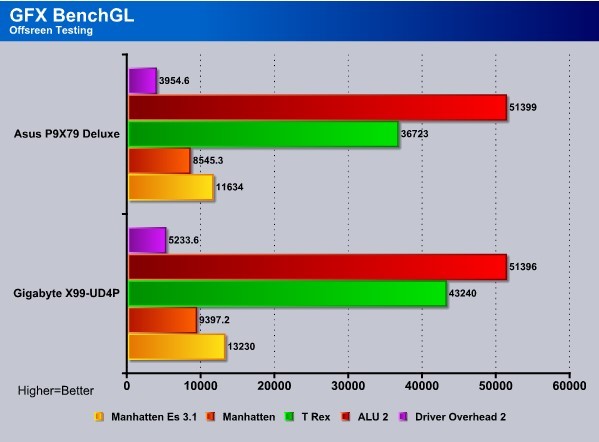 Off-screen testing paints an entirely different picture than the On-screen testing. For the most part, the Gigabyte X99-UD4P motherboard outperforms the older ASUS P9X79 Deluxe motherboard.