Once we was able to enter the UEFI BIOS of the Gigabyte X99-UD4P motherboard and get acquainted with the layout of the UEFI itself, overclocking was quite easy. Gigabyte gives us a couple of different ways of overclocking our CPU and memory. We can either use a CPU divider and then use the BCLK as a means to increase the CPU and memory frequency, or we can use just a straight BCLK adjustment. It is one of those things you have to see in person in order to fully understand how it works. As always, we recommend reading up on how your CPU/motherboard/memory overclock. If there is one thing we have learned over the years, it is that reading will save you a lot of headaches. Please NOTE: the Gigabyte X99-UD4P motherboard is a lot different from other motherboards that we have used in the past. So from getting mixed recommendations on overclocking the Intel Core i7 5820 CPU, we decided to go old school with the overclocking. In a nut shell, we started off by reducing the CPU multiplier to 13, and the memory divider to a 16. We also set all of the voltages to their default settings. We then started increasing the BCLK 3 (whole numbers) until Windows would no longer boot, then adjusted the voltages accordingly. Now keep in mind that this particular motherboard was already giving us one heck of a fight to access it consistently, making the overclocking endeavor all that much more interesting. We quickly found the motherboard’s top end, the maximum BCLK we can achieve, which was around the 135 BCLK mark. We did not use the CPU strap divider/multiplier. After finding the motherboard’s maximum BCLK overclock, it was time to introduce the CPU as well as the memory, while trying to find a happy medium where all of those can work in unison with each other. 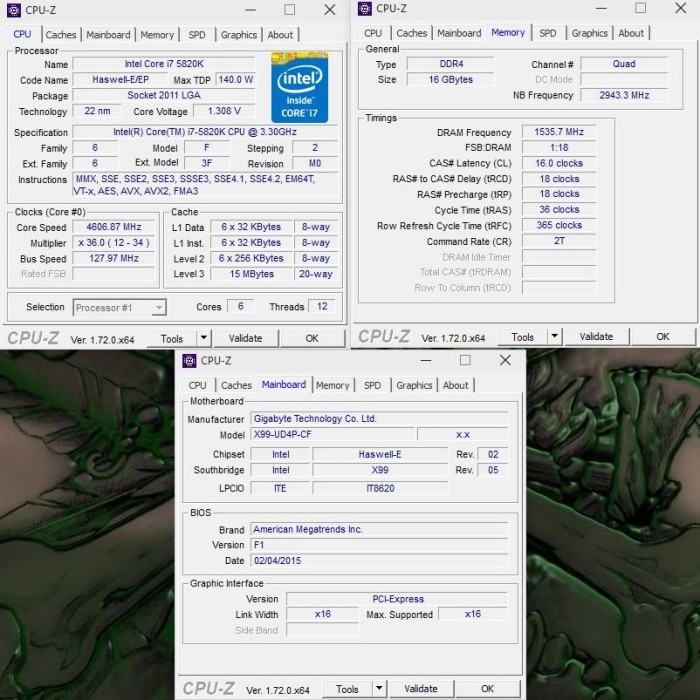 The final, stable overclock we were able to achieve has the CPU at 4,606MHz and the memory operating at 3,072MHz. CPU-Z Validation link can be found HERE. 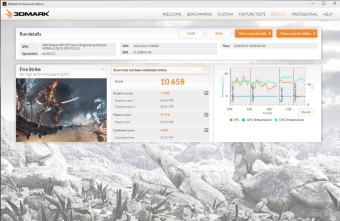 Here we see the results of our overclock of the Gigabyte X99-UD4P motherboard. We would also like to mention that the AMD 290X video card was overclocked as well.