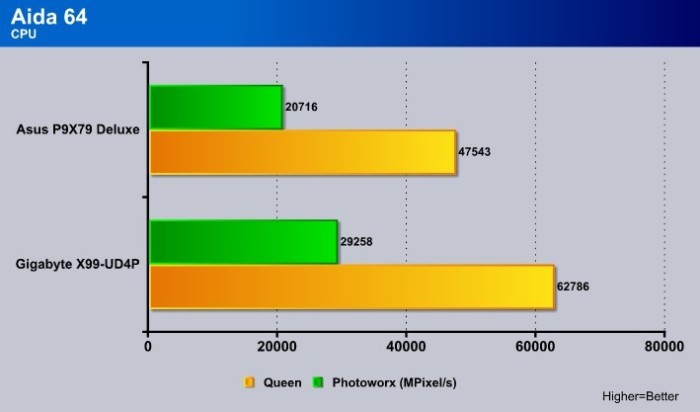 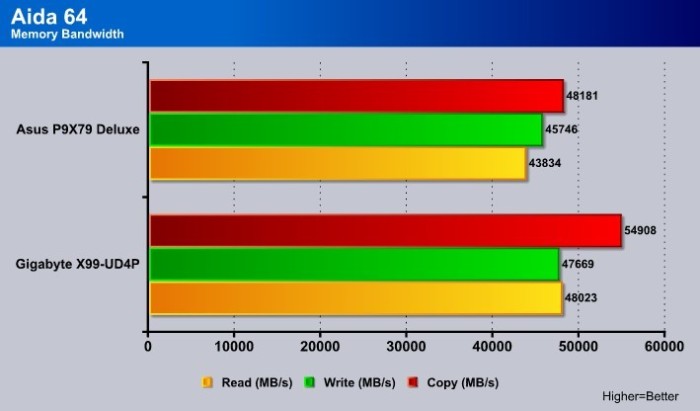 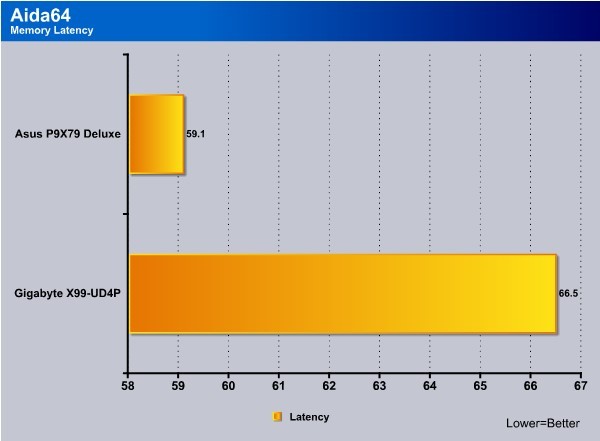 In the latency testing portion of Aida64, once again, just like SiSoft 2015, having lower timings like that of the ASUS P9X79 Deluxe motherboard is still preferred over the overall frequency of the DDR4 capability of the Gigabyte X99-UD4P motherboard.

Now before I continue with the next benchmark run, I will need to explain this next chart. RAM drives are where we take a portion of our memory and turn it into a usable storage device. There are plenty of different RAM drive programs available to us, some are free, some are limited free but require us to purchase a license after so many days or to increase the size of our RAM Drives, while others require us to flat out purchase it. All of these programs have the same principle: to take a portion of memory and turn it into a useable storage device. I am using a free program called Soft Perfect RAM Disk, and used Crystal Disk Mark 3 to run a test on that newly created RAM Drive. I recommend trying several different programs and see what works best for you if and when you choose to use a RAM Drive. 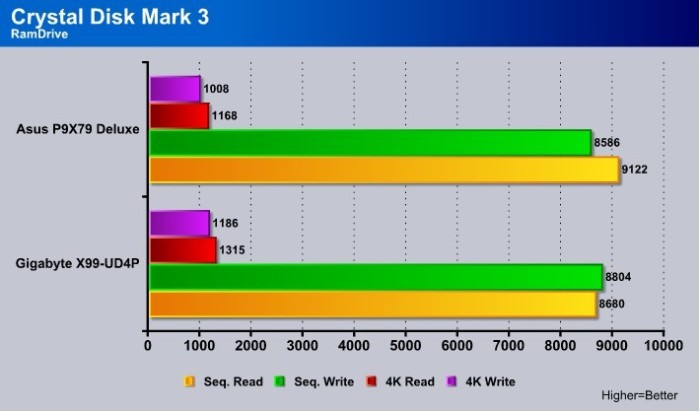