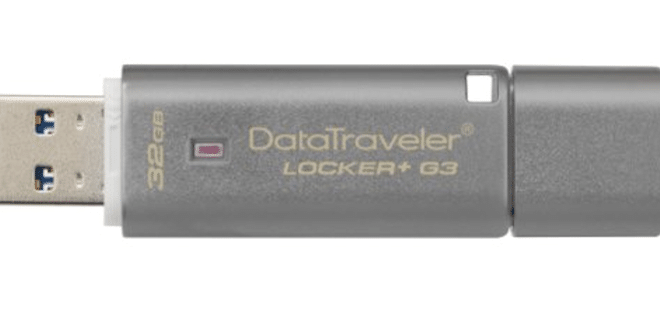 Most Flash drives you plug them in and start copying files, the DataTravelers level of enforced security ensures you won’t forget to do the initial setup and data security steps required to protect your personal information and data. 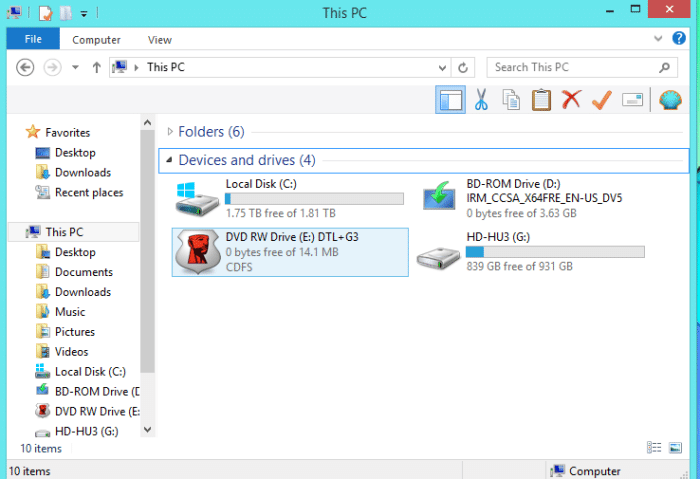 After plugging the drive in we opened Windows Explorer and the Kingston DataTraveler Locker+ 3G had already been detected and showed up with a “Kingston Rex” icon. Note that it is only a small 14 MB partition that is visible at start. 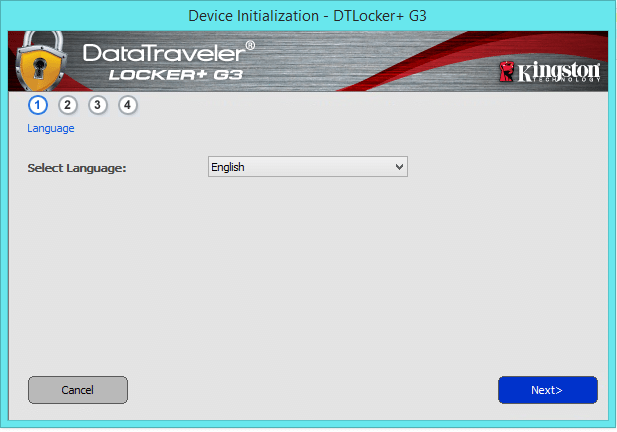 We clicked on the icon and were greeted with an Initialization screen asking us for a preferred language, since we couldn’t find Klingon we settled for English. 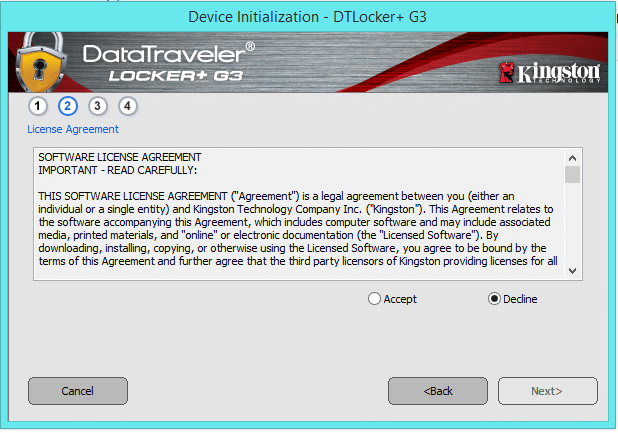 We had to agree to a Software License Agreement which we read carefully, since there was no “You must sign over your primary residence” clause we went ahead and accepted and it lead us onto the next screen. 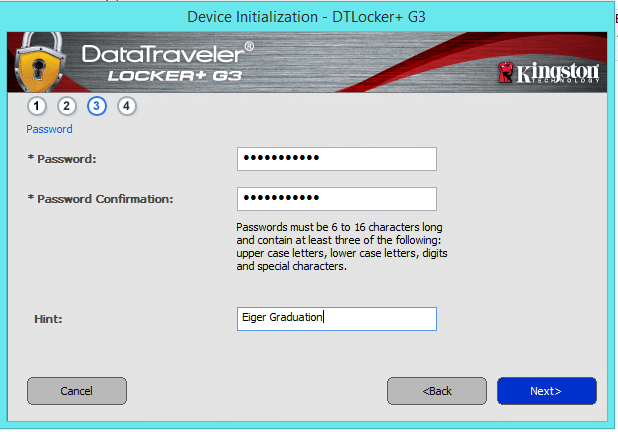 On this screen we had to choose a password containing:

You must use 3 of the 4 choices of uppercase letters, numbers, lower case letters and special characters. We tried using two selections in different combinations but the security software insisted on three. The software also prompts for a password hint which we suggest you make meaningful but not obvious. We don’t suggest hints like “Our dog Buffy’s name”. 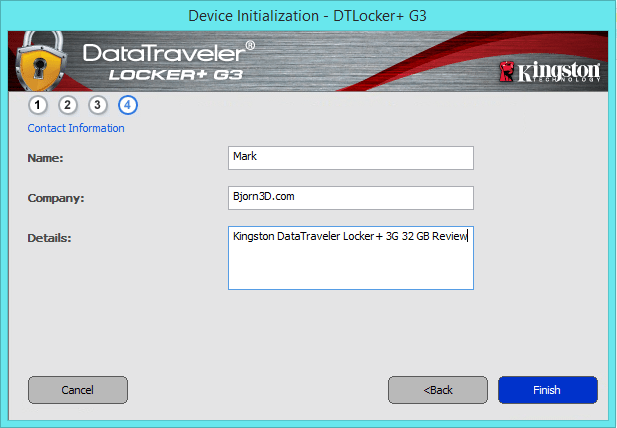 The software prompts for your name, company and details, we were tempted to put Obama, USA and “In charge of increasing national debt” but apparently someone else already has that job. 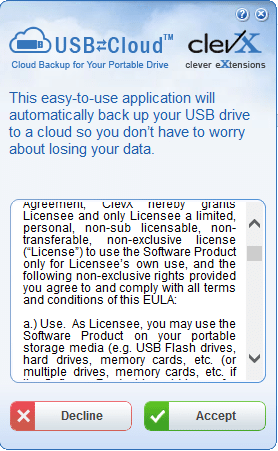 Your prompted to accept a USB to Cloud License so we went ahead and accepted the agreement. We were starting to believe there was a little more substance to this drive than other reviews lead us to believe. We went ahead and provided the software with our preferred Cloud service, Cloud Email and password. We would love to walk you through those steps but we’d hate to have 5,000 hackers trying to find unreleased photo’s of upcoming hardware still under non-disclosure agreements stored on our Cloud. Needless to say we have a Cloud storage service (OneDrive) and the setup is easy and as long as you remember your Cloud and password your good to go. 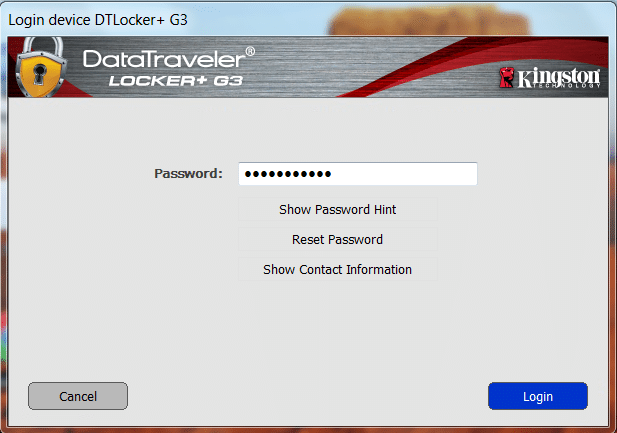 We ejected the drive removed it from the test machine then plugged it back in and clicked on the drive, a password screen immediately challenged our rights to access the data. We tried every trick we knew to get around the password screen until it degraded to whining, begging and we even brought in a beautiful woman and had her cry but the software wouldn’t relent so we were forced to enter our password. 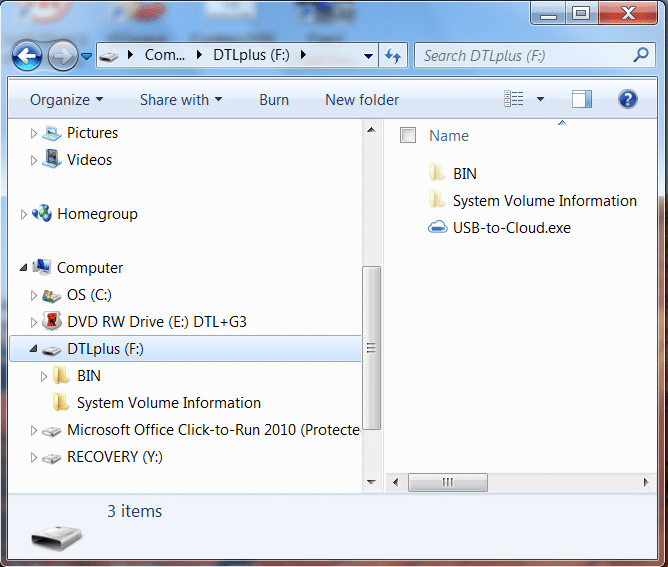 After entering the password the security software granted us access and we were greeted with the contents of the drive. As advertised to accomplish the security the drive requires two drive letters and if you like you can inspect the contents of both drives at this point. After the password you treat it like a normal drive HOWEVER if you have USB to Cloud enabled everything you copy to the drive will be automatically copied to your Cloud.  Just make sure if you store copies of your girlfriends pictures on the drive you don’t open your Cloud storage in front of your wife. 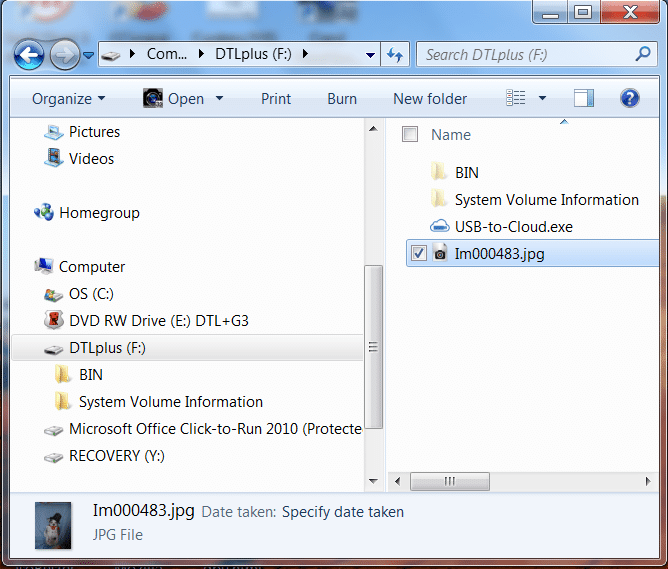 We copied Im000483.jpg to the DataTraveler Locker+ 3G to see if it would in fact be copied to our Cloud.  It was just seconds later we realized that we had absolutely no idea what image we had copied so we hurried over to our Cloud storage to find out. 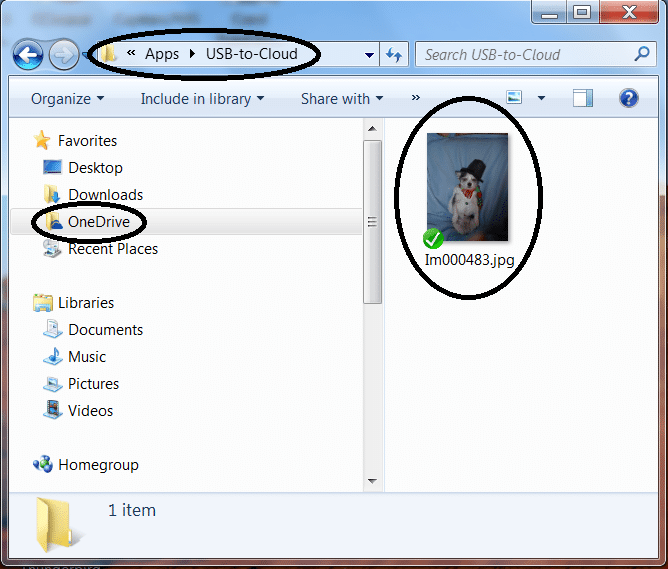 The file was in fact copied to our OneDrive account and thankfully wasn’t the Scottish Kilt picture from CES 2013, there are many astonishing things in the world to see, the Kilt picture isn’t one of them. At this point we had tested the DataTravelers’ security and USB to Cloud capabilities and they were everything that Kingston advertised and more. 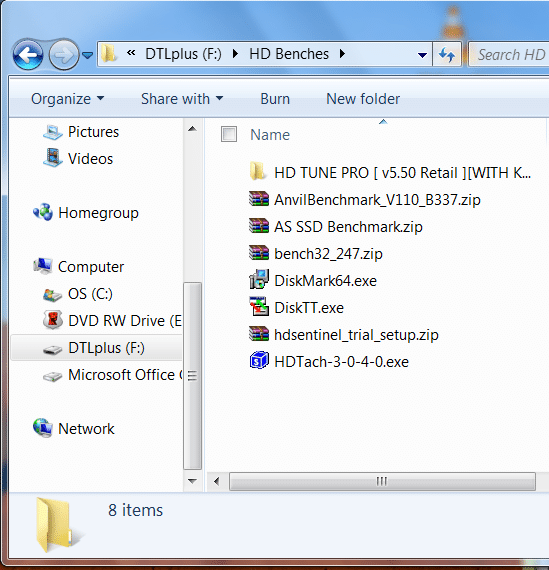 We went ahead and copied some drive benchmark utilities to the DataTraveler Locker+ 3G to witness more of the USB to Cloud software’s’ magic. 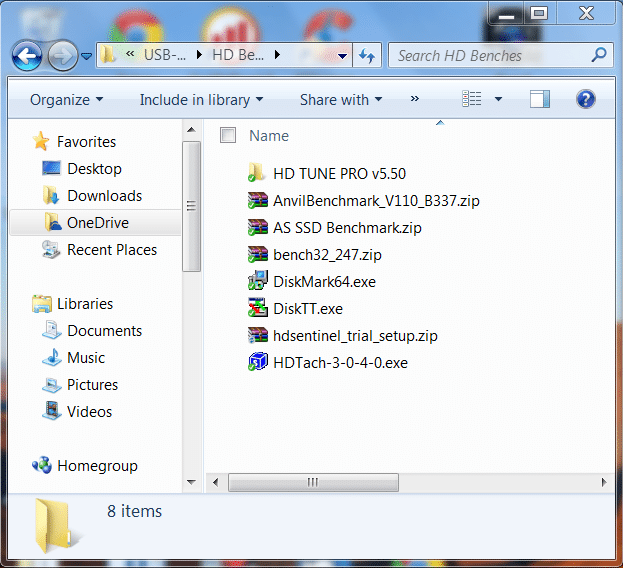 The software was successfully copied to OneDrive but you should be aware it’s not an instantaneous copy.  Your looking at 29.3 MB (30,748,672 bytes) of files and at today’s speeds that’s almost nothing to transfer. It took several minutes to complete the transfer for some reason, it’s not a  huge inconvenience but you should be aware of the delay. During the copy progress we moused over a few things and saw some unexpected features.

The software notified us of file upload completions as they occurred. Every time we plugged it in plugged it in it reminded us that it was completely synced with our Cloud. 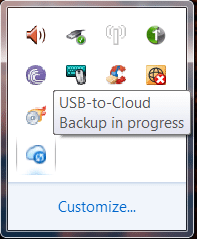 We moused over the Cloud Icon in the tray and it notified us there was a backup in progress, if you try to eject the drive and a transfer is in progress Windows will refuse to eject the drive and notify you it’s in use. The downside to that is a lot of people just grab the drive and yank it out without thinking. With this drive we would recommend always properly ejecting it from the tray icon as unplugging USB Flash drives while in use can corrupt files or damage the drive. This isn’t a fault in the DataTraveler all Flash drives are intended to be properly ejected prior to removal, yanking them out without ejecting is just a bad habit and we would consider it end-user issue. 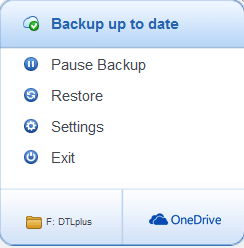 We also noticed by right clicking the USB to Cloud icon in the system tray you had options to Pause Backup, Restore, change settings or exit.  The drive and bundled software is quite a bit richer and more robust than most information we have seen on it to date.