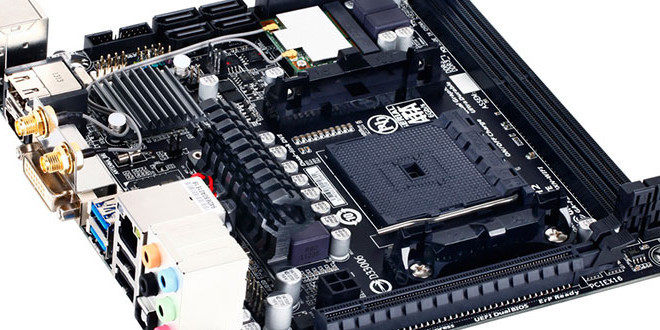 We use CrystalDiskMark to test the SATA performance of the board. The test is done with the OCZ Vertx 4 256GB SSD. Interestingly, despite using the same chipset, the F2A88XN-WIFI actually performs slower than the G1.Sniper A88X. With the exception of the Sequential read, the F2A88XN-WIFI is trailing it’s sibling by a couple of percentage. Granted the difference is not that huge but it is there nonetheless.

To get some sense on just how fast the network transfer speed would be we placed our test system about 1.5 meter or 5 feet away from our Netgear D6200 router that is 802.11ac capable and transfered files from our Qnap NAS. We transfered 1.09 GB of data consisting of small files in multiple folders and also a single 3.68 GB IOS file. We measured the time required to finish the transfer with our trusty stop watch. For comparison, we include the wired Gigabit ethernet, Intel AC 7260, and the Athero AR9260 chip that is found on the F2A85XN-WIFI board and also included the result from the Ethernet port.

It is clear that from the result, the 802.11ac is edging closely to what the Gigabit Ethernet is able to offer. Obviously, the network overhead and the router that we are using can affect the performance but the the slowest component in the setup is the spinning hard drive that is inside of our NAS. We can see that when streaming large single file, the 802.11ac has a clear advantage over the 802.11n but when transferring small file sizes, there is virtually no difference in terms of transfer speed. One thing we did notice with the Intel AC 7260 is that the transfer speed seems to be more consistent compared to the Athero chip that was found on the A85X motherboard. So, the switch to the Intel AC7260 is definitely and improvement not only that you get a better transfer rate but also more reliable connection.