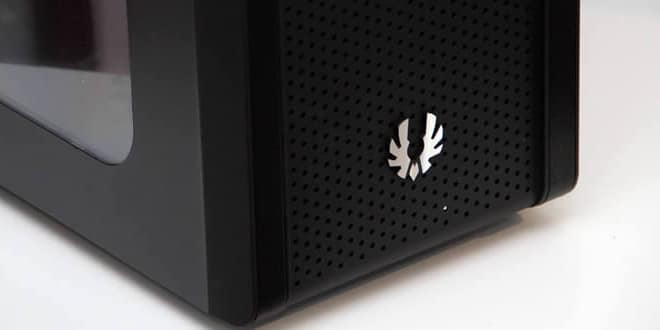 Since we were going to build a computer for a relative we decided to get some new components for testing this case. 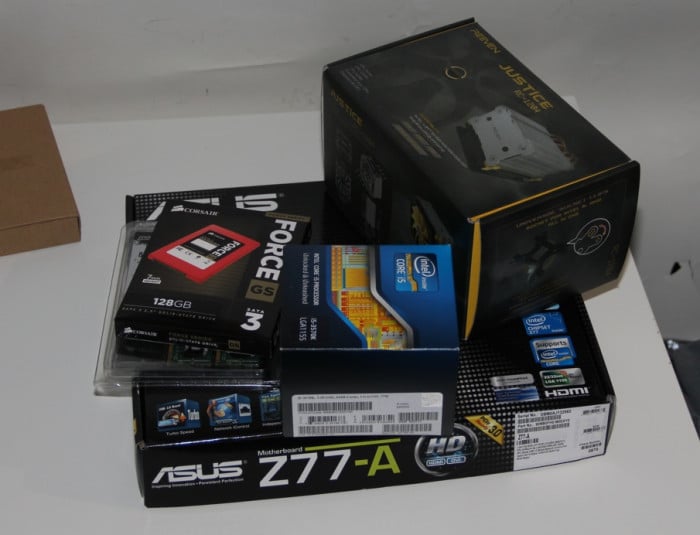 Among the components we installed in the case were: 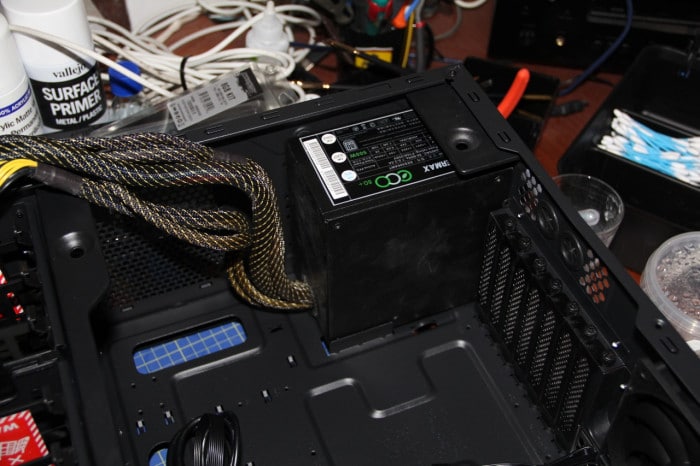 The PSU sits at the bottom with the fan towards the bottom. This means it will suck in air from the ground where you usually find a lot of dust. As we have seen earlier in this review there is a filter included but it is important to clean it regularly. Since it sucks in air from the bottom and pushes it out in the back it should not affect the rest of the case. 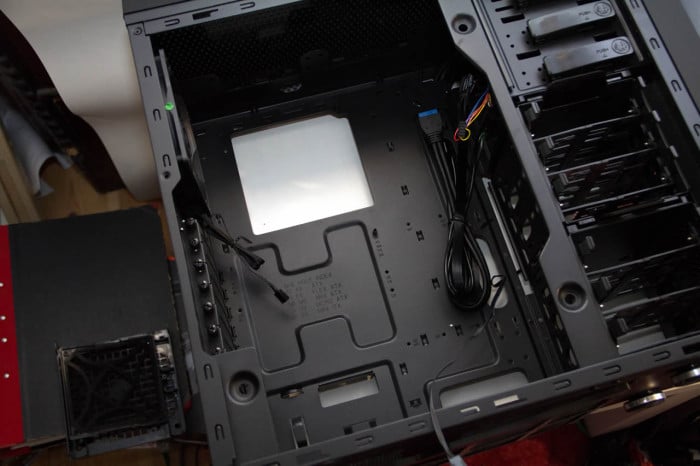 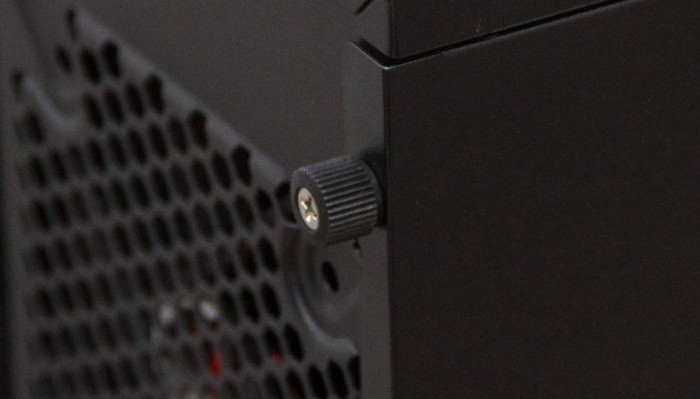 This case uses nice easy to use thumbscrews for the sides. They are really easy to get a grip on while still allowing you to use a screwdriver if you want. 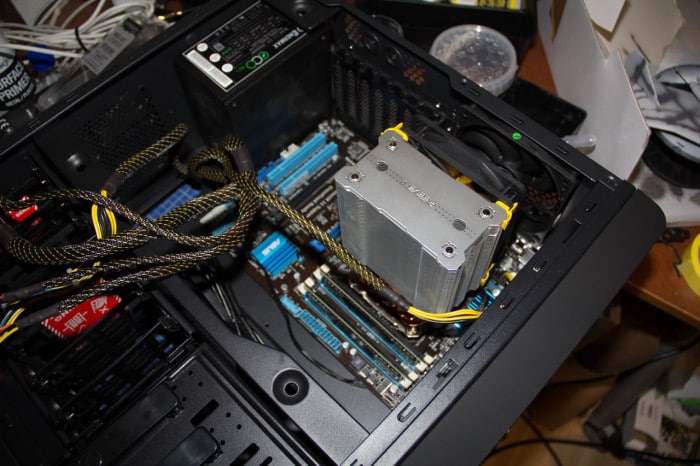 Here we have installed the motherboard. The case can handle CPU-coolers up to 165 mm of height. In fact, this cooler from Reeven, the Justice RC-1204, is supposed to be 162 mm height and it was a very tight fit. And yes, we know we put the fan on the right side on this image. We were so focused on getting everything set up for the review we forgot to check the orientation before the shot. Let’s just say we fixed that before the actual computer was done.

Even with a ATX-motherboard we did not feel like it was a tight fit. There is plenty of room in front of the motherboard and we could slide it in pretty easily. 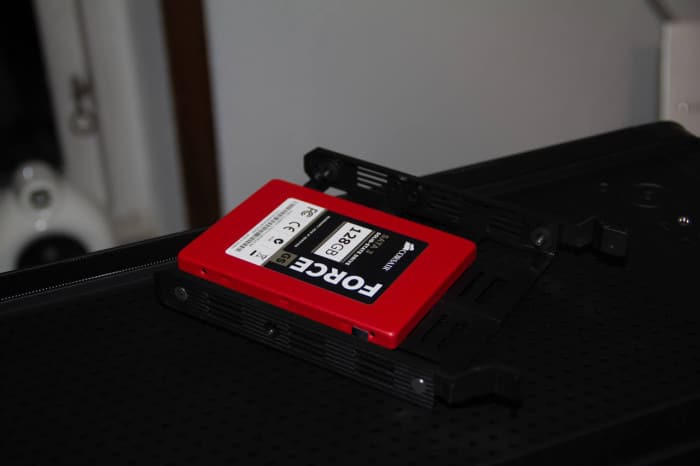 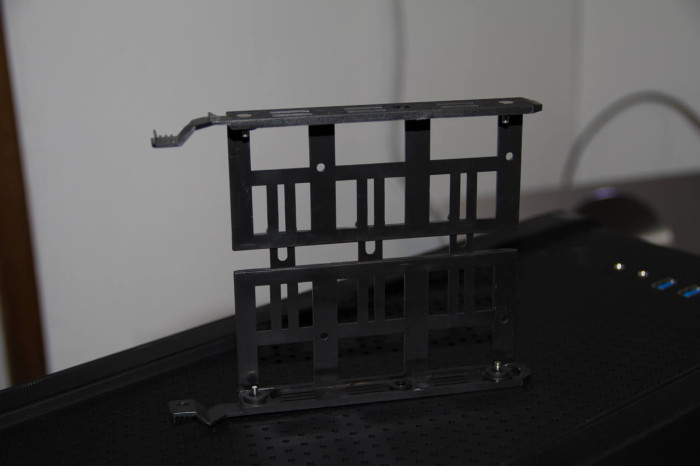 While SSD’s and 2.5″ HDD’s are screwed on Bitfenix has come up with a cool tool-less way to install 3.5″-drives. You just push the sled apart, install the drive and push the sled together again and now it sits tight when it is installed into the drive cage. 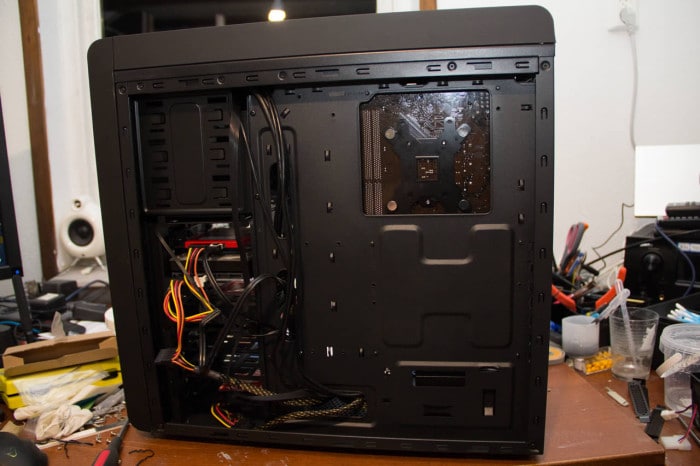 The finished case. As you can see the cables have been routed through the back and through the other holes in the motherboard tray. There is plenty of room here so you can safely tuck away lots of cables here so they are not visible. The cut-out in the tray for the CPU is not perfectly aligned for this motherboard. Usually this is not an issue but the Reeven cooler is a bit special as the back piece is made to fit for several types of processors which means it has several “arms” sticking out. If you look closely you’ll noticed that the metal plate is actually sticking in under the tray a bit. For us it meant that when we decided to change cooler we had some issues removing the plate since it was stuck a bit. In the end we managed but it is worth mentioning. 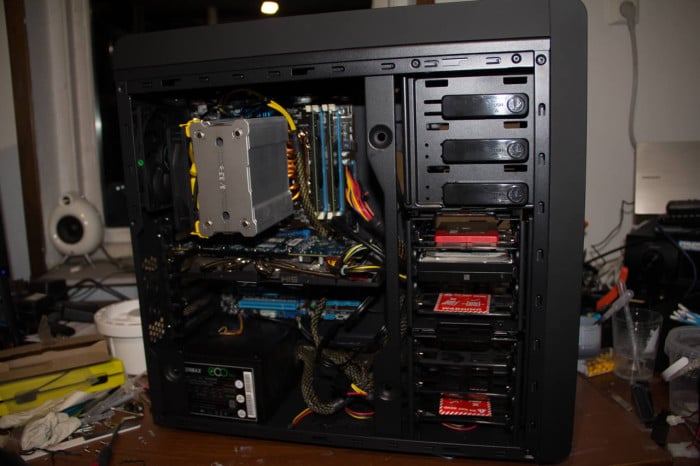 Here is a look from the front. We are sure we could do a bit more cable management but since we plan on using the stealth cover anyway it does not matter. Some of the cables unfortunately has to be routed over the motherboard, including the 8-pin power cable but this is more an issue with our PSU of choice and the motherboard. The cable simply was too short to go in the back of the case. 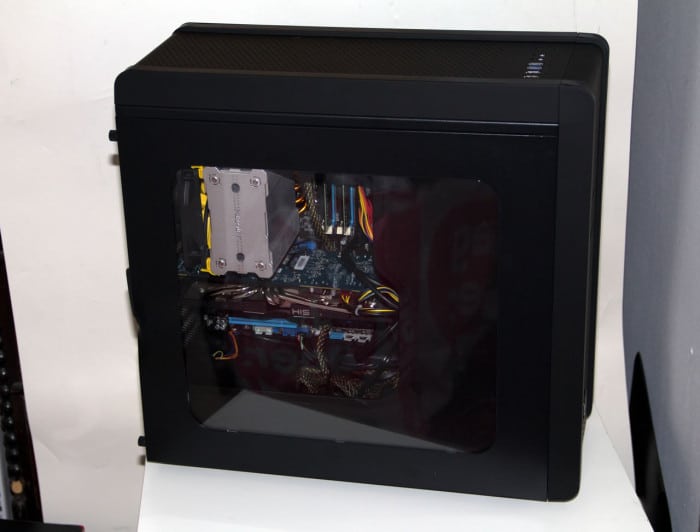 Here is a not so great shot of the finished product with the stealth cover installed. The window unfortunately mirrors everything around it. But you can see how the cover works by only showing off the graphics card and the PSU cooler.